Local chefs are serving up some love to help educate young children about race and standing up against hate crimes. 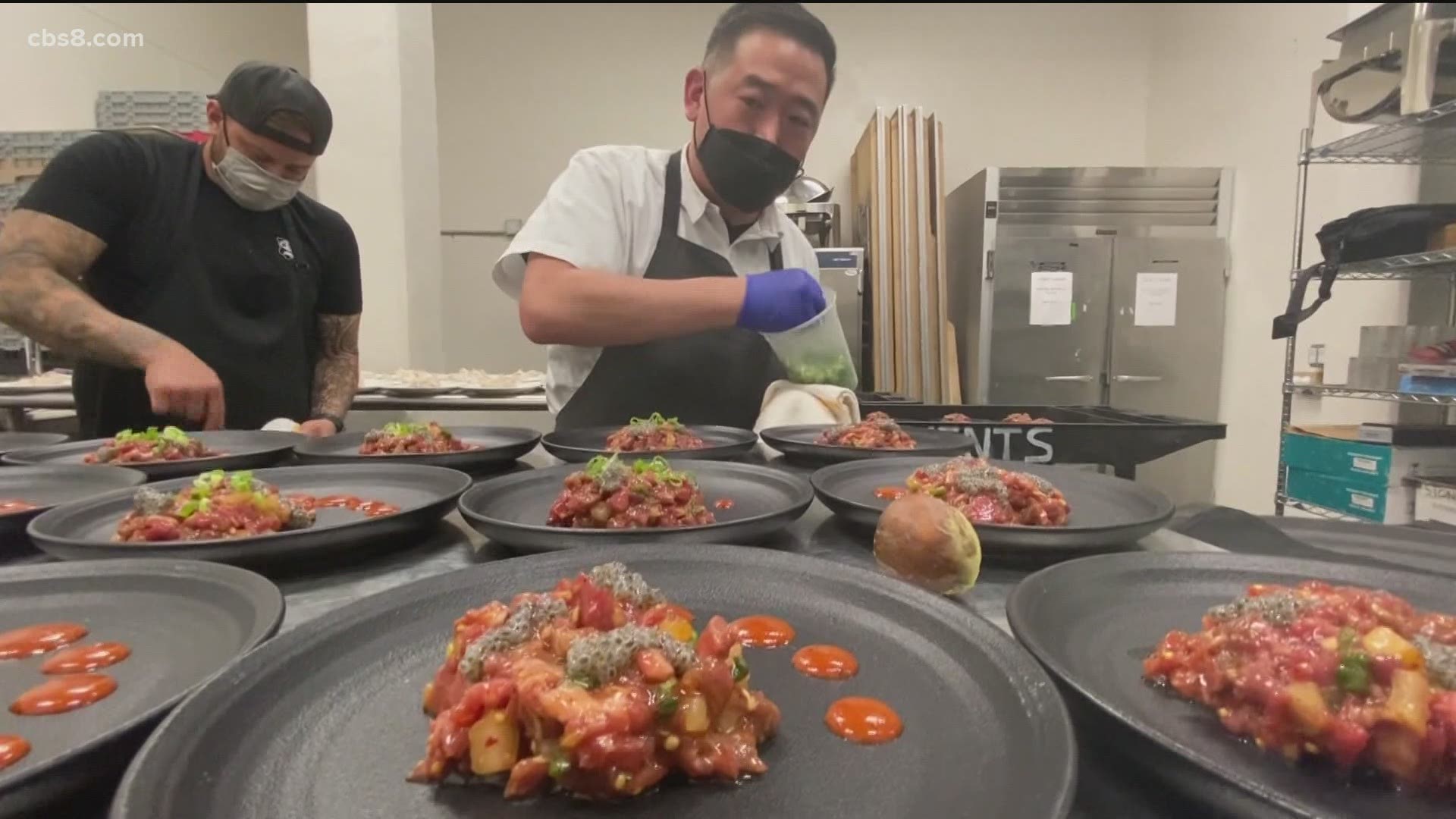 SAN DIEGO — A group of celebrity chefs in San Diego are teaming up to serve some love and talk about race. Mayor Todd Gloria declared Tuesday “Chefs Unite to Embrace Race Day.”

The month-long initiative features local chefs collaborating to create dishes to educate youth about racism, how to combat it and stand against hate crimes.

“I want to show my kids if you do things now, things will change,” said Inai.

He brought out his son as Inai introduced his Smoked Pork Belly Fried Rice dish and Smoke Maitake Mushroom Fried Rice. He spoke about his Mexican/Japanese heritage and the Asian inspirations in his food.

“Being Filipina and growing up in San Diego it means so much to me to hear that because I felt like a lot of Mexican culture has been ingrained in me even though I didn't grow up with Mexican parents. To hear that and think about myself and my peers and our community I feel seen,” said Revannah Restua, dinner guest.

Seventeen chefs will join the four-week dinner series raising awareness and critical funds for EmbraceRace, a national nonprofit that seeks to educate young children about race and bias.

“We are all standing up and saying enough is enough, it's time to bring about change,” said Sabrina Medora, national food writer.

She founded Un-Plated, a space for chefs and restaurant workers to openly speak about what matters and founded Chefs Unite, the dinner series that will benefit EmbraceRace. She said she was inspired after Chef Lee created a similar event in DC.

“Let's educate ourselves, let's learn, let's show that we are better than what is going on right now,” said Medora.

The four-course pre-fixe meal is $89 and each Tuesday night four or five chefs will collaborate on the meal.

“For me it doesn’t matter where you come from, when you land at the table I want to feed you,” said Chef Zepeda.

She talked about the first incident she had with race when she moved to the U.S. as a child.

“The first interaction I had with kids was a very racist event and it's plagued me since,” said Zepeda.

Claudette is vocal about food inclusivity. She is known to cook Mexican cuisine but she doesn’t like labels. She said much of her food is inspired by Northern Mexico which has Asian influences.

She said her food is her language to help communicate tolerance, perspective and open-mindedness.

“Perception can be a little tricky sometimes, it looks like meat and rice and when you see the different flavors and how lots of cultures came onto my dish and lend a hand, I think it's beautiful,” said Zepeda.

Food is a story on a plate that can help bring a better understanding of who we are as a community.

The Chefs Unite EmbraceRace dinners are each Tuesday in May at Stone Brewery in Liberty Station. Tickets are nearly sold out but click here to learn more.