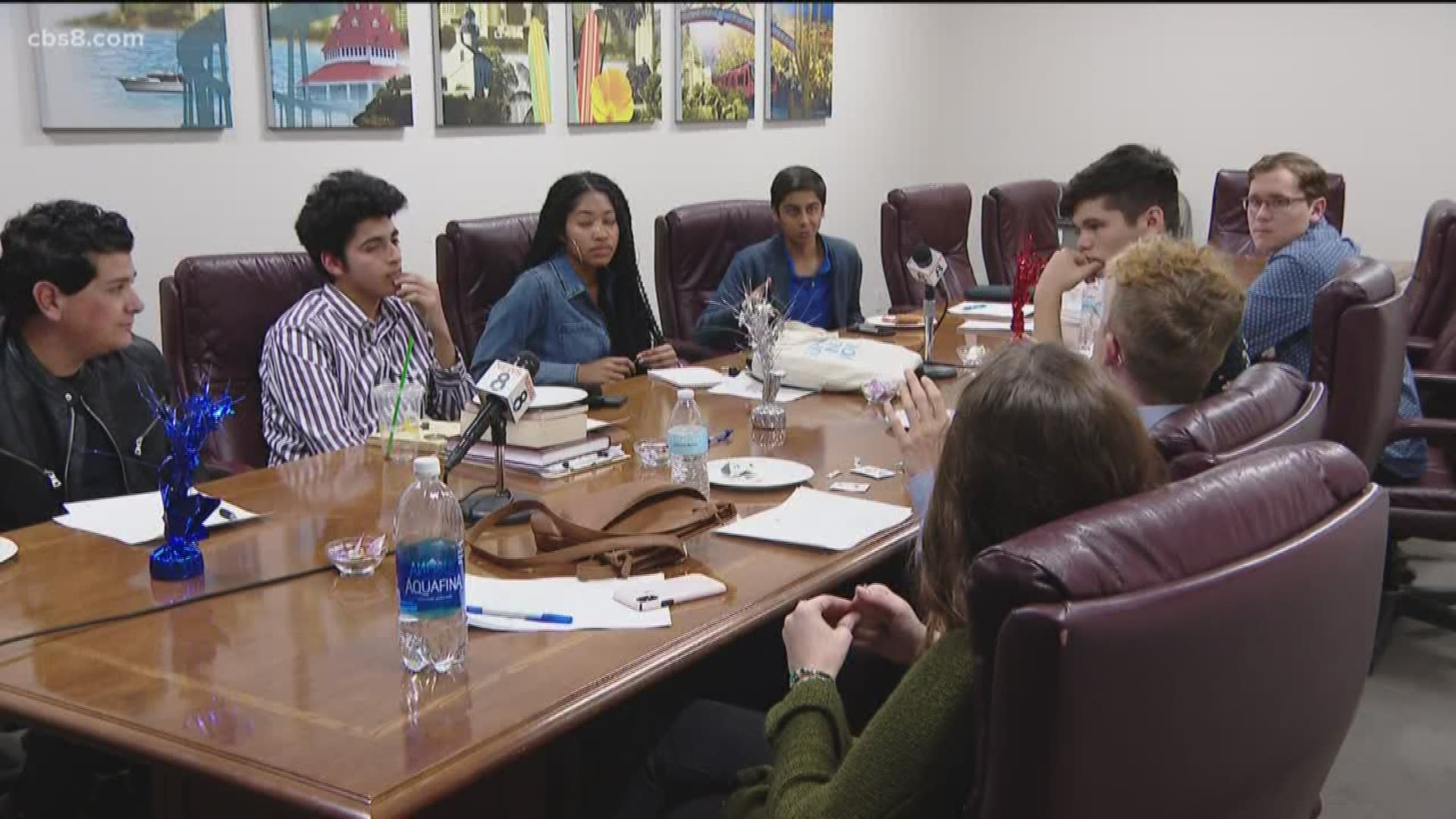 Many first-time voters said they were not surprised the president stayed on script and did not talk about his impeachment trial and the expected vote to acquit him on Wednesday.

“There is a difference between a prepared and unscripted Trump,” said Diego Estrada, Morse High School Senior and Andrew Yang supporter.

As President Trump gave his speech calling it the “The Great American Comeback” he talked about a thriving economy.

“He talked about income, families and the house median income is the highest it’s ever been,” said Jack Roper, Palomar College and home school student, Trump supporter.

The president also talked about immigration and enforcing laws.

“Nobody is trying to make the path to citizenship itself easier,” said undecided voter Madeline Austin, MiraCosta College.

“Why are you adding carbon sinks when you are limiting carbon producers?” asked undecided voter Hurao Pablo-Cook, School of Creative and Performing Arts (SEPA) senior.

Education and school choice was a hot topic of discussion for News 8’s first-time voters.

"There is no check on public schools. So, this public school is failing, and you know it's failing there is a better school two miles away but you can't go there," said Bloomberg supporter Mithil Pujar, Del Norte High School senior.

"The idea is that everyone should be able to go to a better school,” said Julian Castro.

He is now supporting Senator Elizabeth Warren and is deeply interested making sure that students have an equal opportunity and to improve struggling schools.

News 8’s First-Time Voters series involves 15 students from across San Diego County with differing political backgrounds and socio-economic backgrounds and ethnic backgrounds. They are students who will be voting for the first time and News 8 is following them throughout the entire election process.

They are students who will be voting for the first time and News 8 is following them throughout the entire election process.

A Bernie Sanders supporter said Tuesday's speech may have resonated with undecided voters.

"In a setting like this, it's shocking to see how put together he can be," said Phillip Latamondeer, Palomar Community College.

As divided the voters are on who they support, they did find common ground in some of the president's speech including the Medal of Freedom given to conservative radio host, Rush Limbaugh.

"The number, scope, and size of the achievements by President Donald Trump for Americans across the board is simply stunning. San Diego Republicans aren't tired of winning and look forward to four more years!"

The San Diego County Democratic Party did not release a statement.