12-year-old Girl Scout Mya Charbono has always dreamed of being a cover girl and now she is. 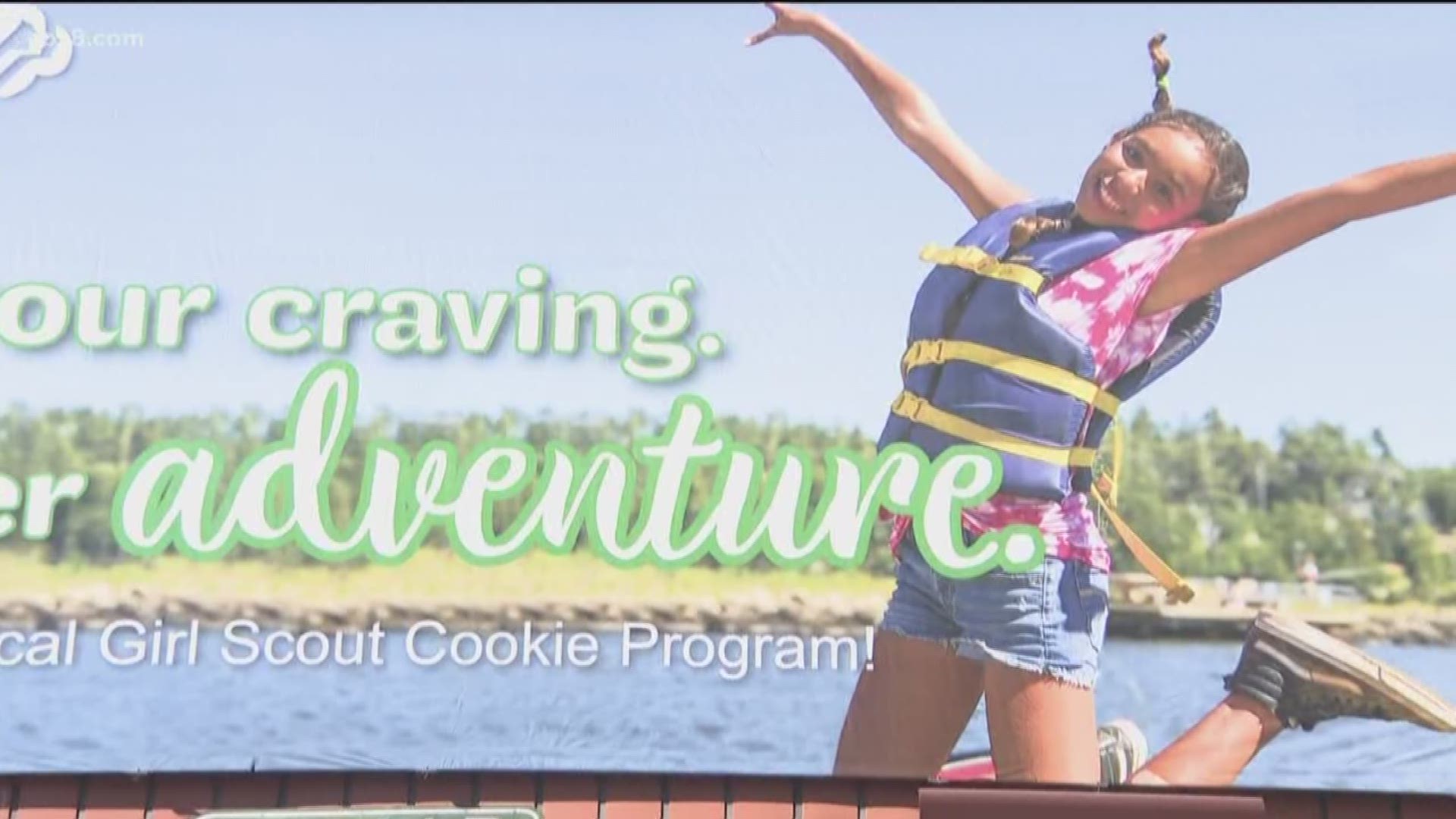 SAN DIEGO — A San Diego Girl Scout got a surprise Thursday morning. The young girl was photographed last summer and now gets to see her photo on a huge billboard.

Twelve-year-old Girl Scout Mya Charbono has always dreamed of being a cover girl and now she is. The seventh-grader is on this year's San Diego Girl Scout billboard in the College Area.

She had no idea she was going to be on a billboard until Thursday morning. When she saw it, her eyes welled up with tears.

The picture was taken of Mya last summer during Girl Scout camp near Julian. The billboard was made possible by RJs Law firm for the fifth consecutive year.

This ad is to promote Girl Scout cookie season which starts this Sunday, Jan. 26.

RELATED: 'She doesn't owe anyone a hug': Girl Scouts remind parents about consent at holidays

For over 100 years Girl Scouts have developed leadership skills while earning money for local Girl Scout activities, like camp and other outdoor adventures.

All cookie sale proceeds will stay local to support innovative programs for girls.

Something new to look forward to this year are the ”Lemon-Ups" cookies. It’s a lemony cookie stamped with a leadership message on each one like "I am gutsy," “I am a go-getter” and “I am an innovator."