A demonstration was held at Grossmont High School in East County San Diego on Monday. Others were held at Sweetwater and San Ysidro high schools recently. 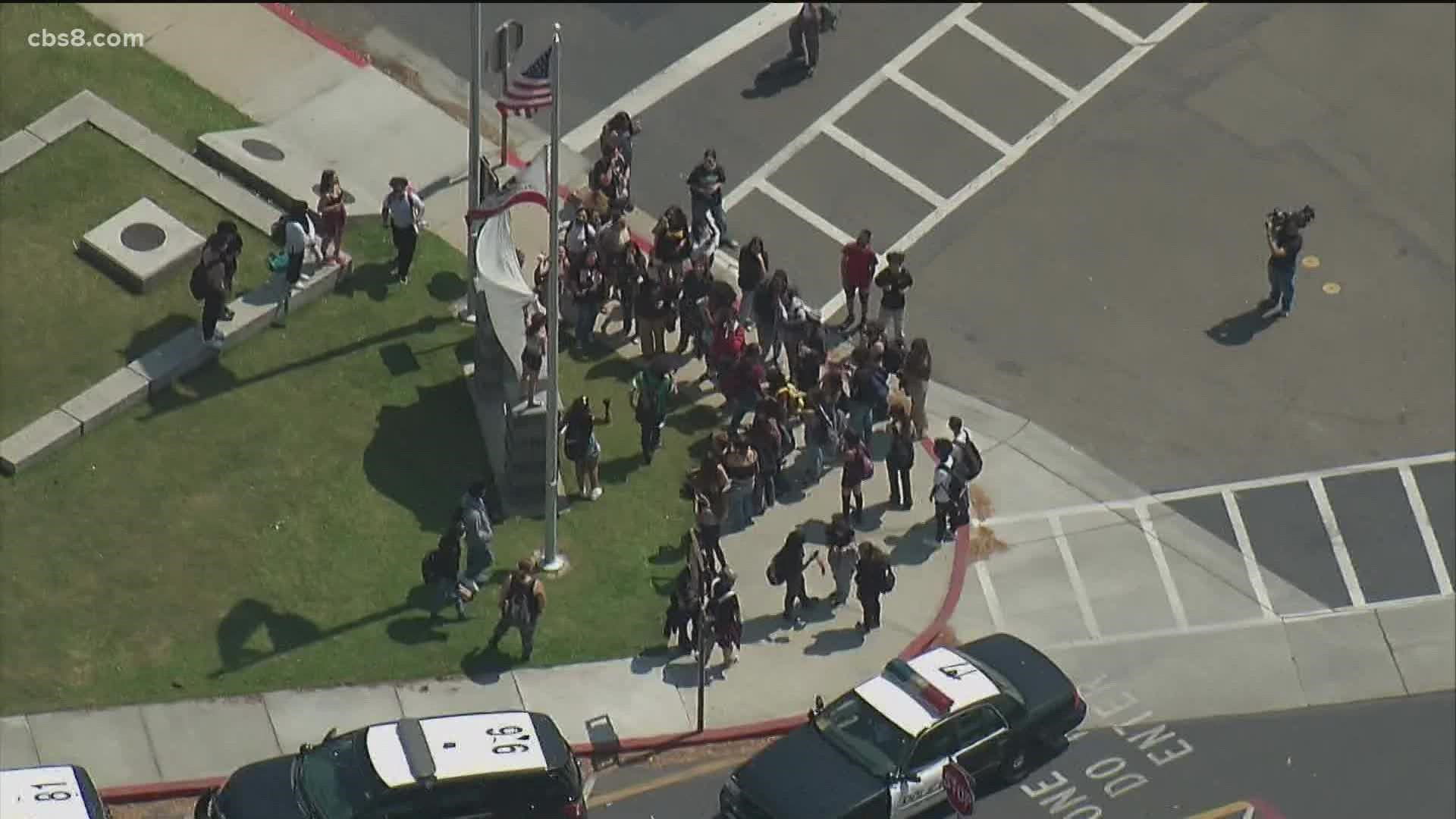 On Monday, a demonstration was held at Grossmont High School in East County. Four students were detained and later released. District officials said they started throwing things during the demonstration.

"If they're gonna have a dress code that strict, then they might as well give everyone uniforms at that point,” said junior Anthony Pustizzi.

Pustizzi wasn't at the demonstration, but understands students' frustration, saying not only is the dress code outdated, but it's also unfair.

“And it's also sexist because there's a lot more for the girls than for the guys,” said Pustizzi.

Here's some of what the dress code entails:

-No oversized or form-fitting clothing
-No sleeveless tops or ones that show your stomach
-Slippers, pajamas, spiked jewelry and wallet chains are also not allowed

“There's certain ones that are unfair 'cause people should be dressed how they want to comfortably as long as it's in a reasonable way of dressing, “ said junior Stephanie Zamora.

A petition on change.org to end the dress code had collected nearly 2,500 signatures as of Wednesday afternoon.

At Sweetwater High School in South County San Diego, students have the same concerns. They organized a demonstration there last month.

In a statement, a Sweetwater Union High School spokesperson said in part:

“While we do not condone students leaving classrooms and missing instructional time, we do recognize students' right to protest perceived inequities. For the past three years, district and site leaders have been convening forums with students, staff and community members at identified campuses to dialogue about these specific concerns regarding dress codes. We will continue to hold these forums.”

"We understand where our students are coming from.  That's why we here at the district started initiating conversations and going forward we will continue to do that," said McGlashen.