Eiko Roberts gets support from the Parkinson’s Association of San Diego. But says most of her strength comes from her family including famous son – Dave Roberts. 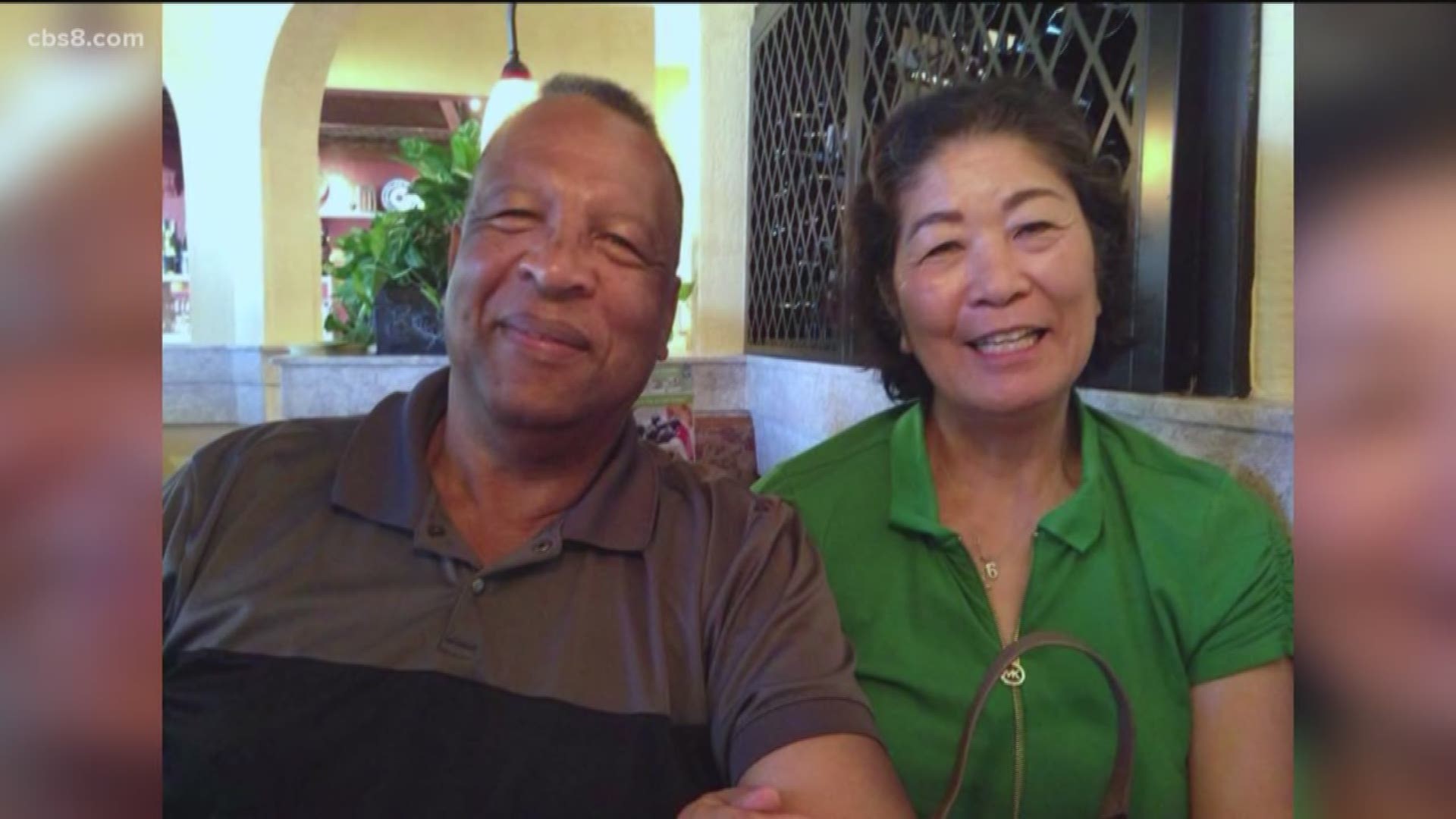 SAN DIEGO — Living with Parkinson’s disease is a challenge that takes strength, determination and support for those affected to truly thrive. Eiko Roberts is one of the tens of thousands of San Diegans living with the nervous system disorder. Eiko gets a lot of support from the Parkinson’s Association of San Diego. But says most of her strength comes from her family including her famous son – San Diego Padres legend Dave Roberts.

“I tease him. I say I see you every day on the TV,” said Eiko about Dave who now manages the Los Angeles Dodgers.

Dave is on the road a lot but says he keeps in touch with his mother.

Eiko was diagnosed with Parkinson's disease six years ago then she lost her husband a little more than two years ago, but her kids and grandkids are there for her.

To see her in action, you might not believe Eiko has Parkinson's.

"They don't understand,” she said. “I don't think many people understand if they don't have Parkinson’s.”

Eiko takes an exercise class at the Tri-City Wellness and Fitness Center in Carlsbad specifically for people with Parkinson's disease. She says she knows she needs to keep taking big steps forward to keep from going backward.

"You have to do it yourself,” said Eiko. “If you don't keep doing it, you won't be able to eventually.”

Dealing with Parkinson's isn't easy, and Eiko and her family know they're part of a bigger team now.

She says Eiko has found a great balance of seeking fellowship and fighting for herself.

"She's also very courageously independent and wants to keep that independence and not rely on others, but she also readily accepts friends and support from the group here,” Marty said.

Parkinson's is a progressive nervous system disorder which about 60,000 San Diegans are affected by.  Parkinson's Association of San Diego is dedicated to helping each of them live the best life possible.

Dave Roberts, who knows a thing or two about winning organizations, says it's helping his mom.

"I think it's great and it's letting her know that she's not alone and a lot of people are dealing with this and are thriving,” said Dave. “And your world hasn't ended.”

"I don't wanna feel sorry for myself,” Eiko said. “I just want to keep going.”

Dave gives a ton of credit to his sister for helping their mom on the Parkinson's journey as well.

The Parkinson's Association of San Diego helps people affected by the condition in many ways including their knock Parkinson's Out of the Park event Saturday, Oct. 5 which will be emceed by News 8’s Carlo Cecchetto.