The interactive virtual open house, which will run through July 20, will feature redevelopment design concepts for the public to review. 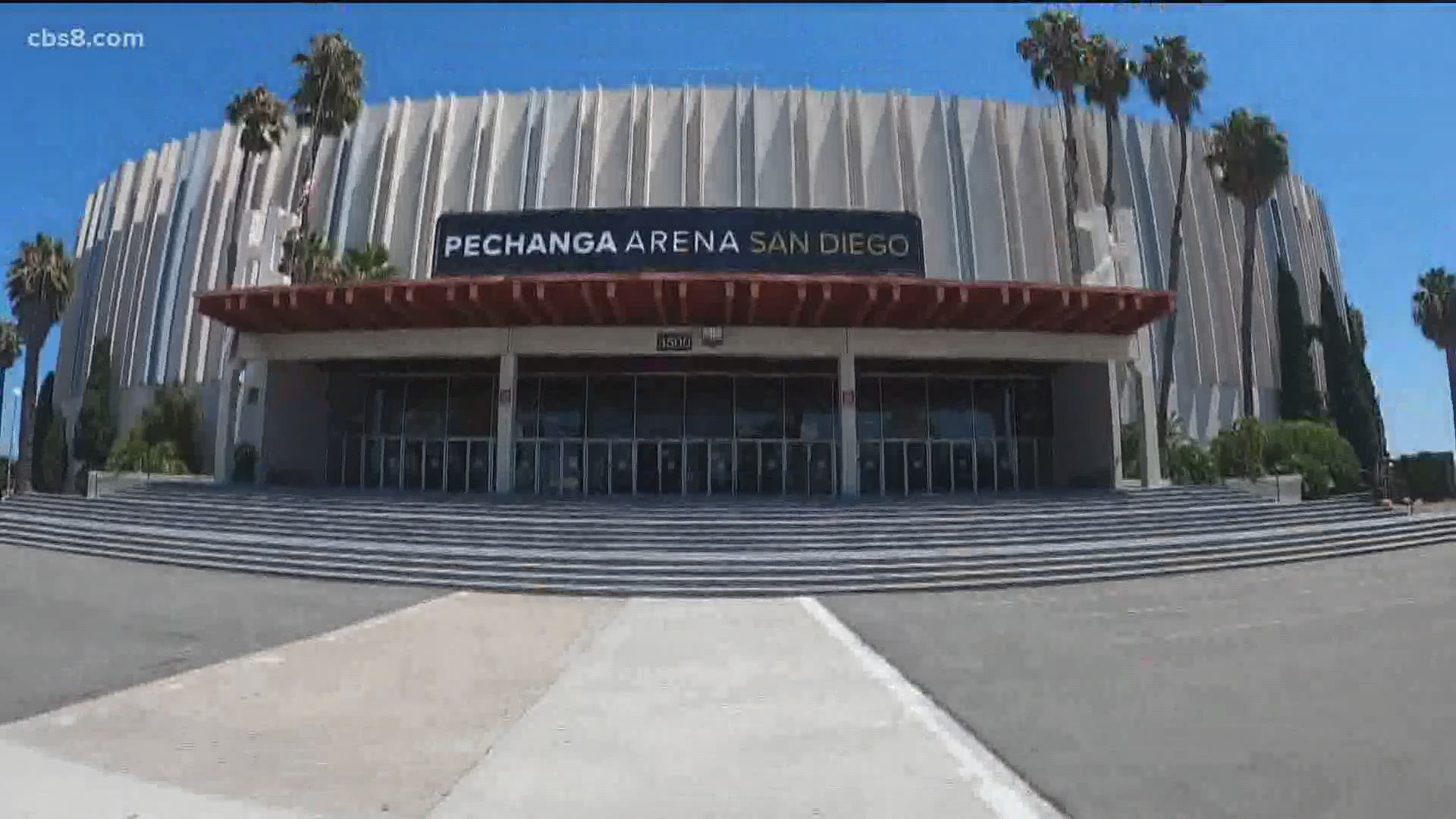 SAN DIEGO — The city of San Diego revealed several developer plans for the San Diego Sports Arena Friday and announced it was beginning a virtual open house to gather input from the public on transforming the area into a more pedestrian and transit-friendly environment.

The interactive virtual open house, which will run through July 20, will feature redevelopment design concepts for the public to review.

"The potential is fantastic," said Campbell.

Participants will be able to watch the welcome video describing the concept, view each design concept and provide feedback based on their priorities.

"This is an opportunity to redevelop and reshape the Sports Arena area for the next generation, and we want to hear what San Diegans think of the proposals under consideration," said Mayor Kevin L. Faulconer. "Revitalizing the Sports Arena is key to our future growth as a city and ensures that it remains one of San Diego's most popular destinations for decades to come."

The area is currently home to the Pechanga Arena San Diego on Sports Arena Boulevard. The San Diego Gulls hockey team, Sockers soccer team and Seals lacrosse team all use the arena for home games.

Participants can share their input on housing, open space/parks/trails and paths, transit-oriented development, retail and entertainment, and parking and traffic elements for the 48-acre land redevelopment project.

The open house is one of several factors outlined and will be considered in selecting the final redevelopment design concept. The proposed redevelopment project is in the Midway-Pacific Highway Community area, located in west-central San Diego.

The rival teams are led by Brookfield Properties, which specializes in housing projects, and Toll Brothers, a luxury home developer.

As for Brookfield Properties, it's offered three master plans.

Brookfield is teaming up with ASM Global, the group behind LA Live in Los Angeles. Zach Adams of Brookfield envisions it being a place people visit whether there's an arena event or not.

"We're really focused on partnering with the city and community to transform the site into a vibrant center for the Midway District," sad Adams.

Their focus is more on outdoor recreation and events.

"[We'll] have it become a platform for the creativity and energy in the community, whether that's art, music or sports, or performance, whatever," said David Malmuth.

The San Diego City Council will consider placing a ballot measure which could raise the area's 30-foot height limit for buildings in front of voters later this month. That could have a significant impact on development of the site.

“We want to hear what they'd like to see there and bring forward a vision that they love," said Campbell.

Play a role in shaping the future of the #SportsArena area! Join our open house at https://t.co/oXBcdlL1q2, now until Monday, July 20, to see 2 redevelopment concepts designed to transform the Sports Arena area into a vibrant, pedestrian- and transit-oriented entertainment space. pic.twitter.com/hpTQi8c46x