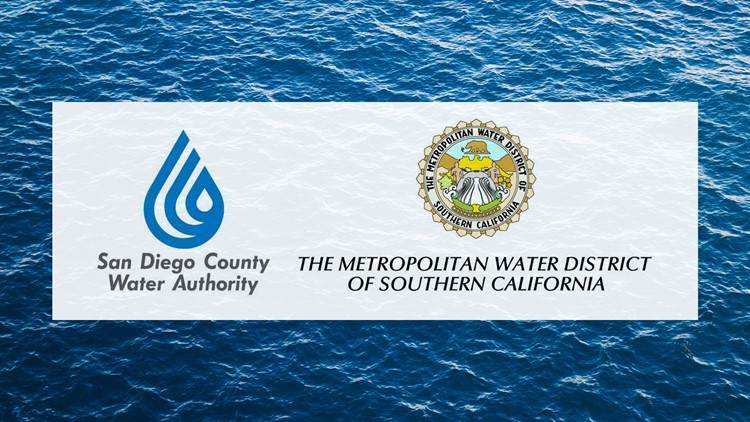 SAN DIEGO COUNTY, Calif. — The Metropolitan Water District of Southern California Friday applauded the dismissal of several legal claims stemming from lawsuits filed by the San Diego County Water Authority over water rates and charges, which could end a decade-long legal battle between the agencies.

The resolution was at least partially brought on by the MWD Board of Directors' approval of more than $350 million in "Water Stewardship Rate" benefits for the San Diego region late last year.

The money will go toward three San Diego County projects:

-- The Fallbrook Groundwater Desalter Project, which received $23.6 million in funding; and

"Metropolitan welcomes the decision by the San Diego County Water Authority to dismiss some of the claims in its ongoing litigation against Metropolitan as a good first step," MWD general manager Jeffrey Kightlinger said.

"Metropolitan is focused on developing climate resilient water resources for Southern California, like the three recycled water programs in San Diego County that Metropolitan recently agreed to help finance. While we are encouraged by these partial dismissals, Metropolitan believes SDCWA should dismiss the remainder of its claims to save all our ratepayers from litigation expenses that could be spent on water conservation and recycling programs."

Other issues still need to be litigated, but water authority board members appeared optimistic in a Thursday statement.

"While today's Water Authority Board action does not resolve all of the issues, it is a major step forward toward that objective," Water Authority Board Vice Chair Gary Croucher said. "This action positions us to resolve all cases as quickly as possible on terms that will continue to protect the long- term interests of San Diego County ratepayers."