Chris Morrow decided to put up yellow ribbons in her Chula Vista neighborhood as a way to say thanks to healthcare workers and first responders. 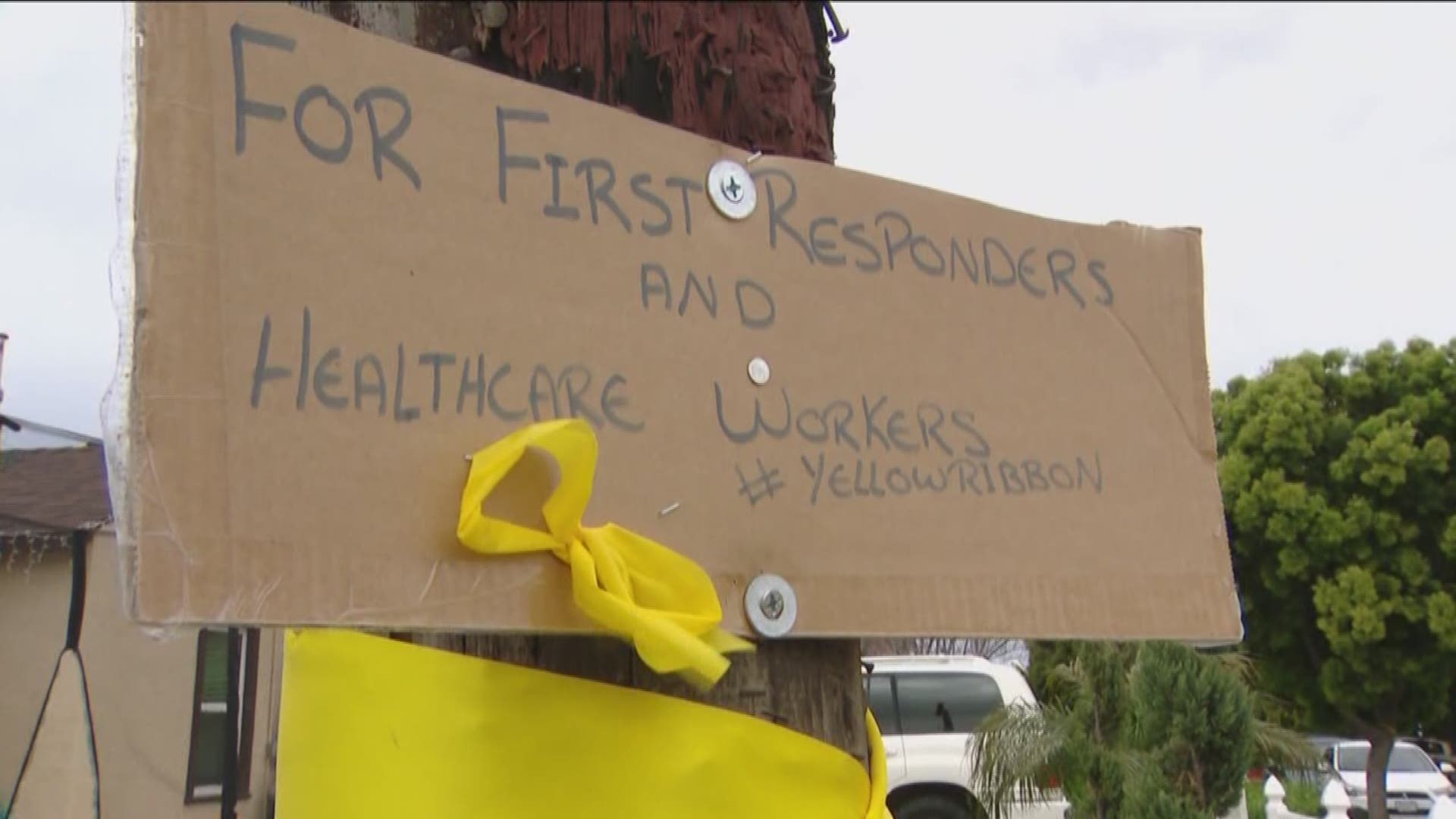 SAN DIEGO COUNTY, Calif. — The last time Americans put a yellow ribbon out in their front yard was in support of the troops during the Gulf War. Now, a Chula Vista women said it's time to do it again for our first responders and health care workers.

As a journalist, Chris Morrow knows little things matter and she knew just what to do.

"When I was young and living in Texas, I remember during the Gulf War there were yellow ribbons around the trees. It always made me feel better," she said.

Morrow decided to put up yellow ribbons in her Chula Vista neighborhood as a way to say thanks.

"This is a war. This is a silent enemy. That's what they are doing. The health care works and first responders, they're fighting for us," she said.

Morrow started small at her home and from there the movement has grown.

"What I did was put it in my yard, on my tree and around the neighborhood, putting them around the trees in Chula Vista, and talking with my neighbors," said Morrow.

Some healthcare workers said they are excited people are thinking of them.

Morrow sees this as a way of saying thanks across the country.

"Definitely something I'm hoping can go national and as a nation, we can support them because together we can beat this enemy. If I can do a simple token of letting them see a ribbon, maybe it will just make them feel a little better. Maybe that will help. All you have to do is tie one on," she said.