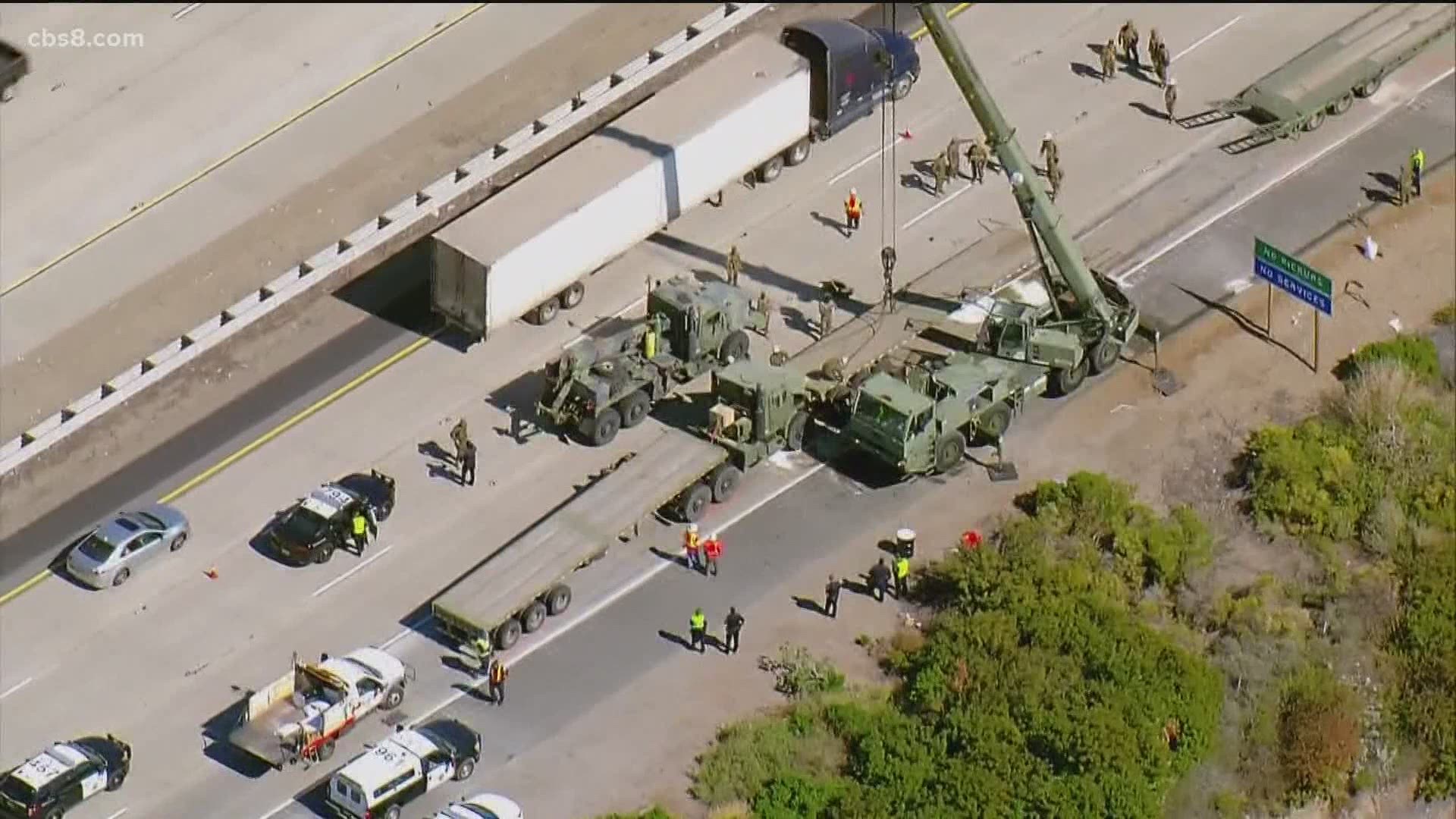 SAN DIEGO — A 26-year-old serviceman was killed Tuesday and five fellow Navy Seabees were injured in a freeway pileup involving a convoy of military trucks en route to Camp Pendleton.

The sailors, members of Ventura County-based Naval Mobile Construction Battalion 5, were headed south on Interstate 5 in San Onofre shortly before 7 a.m. when at least one of the five vehicles suddenly slowed for unknown reasons, causing the others to begin colliding with each other, according to the California Highway Patrol. Three lanes were closed during the investigation, leading to a traffic backup for miles. The scene was finally cleared around 3 p.m.

One of the drivers died at the scene of the wreck, the CHP reported. His name was withheld pending family notification.

Paramedics took four other sailors -- three men and two women, all in their early 20s -- to Camp Pendleton Naval Hospital and Mission Hospital in Orange County for treatment of injuries ranging in severity from serious to minor, according to the Highway Patrol.

"We mourn the loss of our shipmate," Navy officials said in a prepared statement. "Our thoughts and prayers are with the sailor's family, friends and co-workers during this difficult time. NMCB-5 is supporting all the service members' family, friends and loved ones during this time of grief. Grief counseling services and support are available through the chain of command and our chaplain."

The CHP and naval authorities were investigating the accident.