The band director believes the band program has been cut after 22 years, while the school district states it as not been eliminated, just scaled back in size. 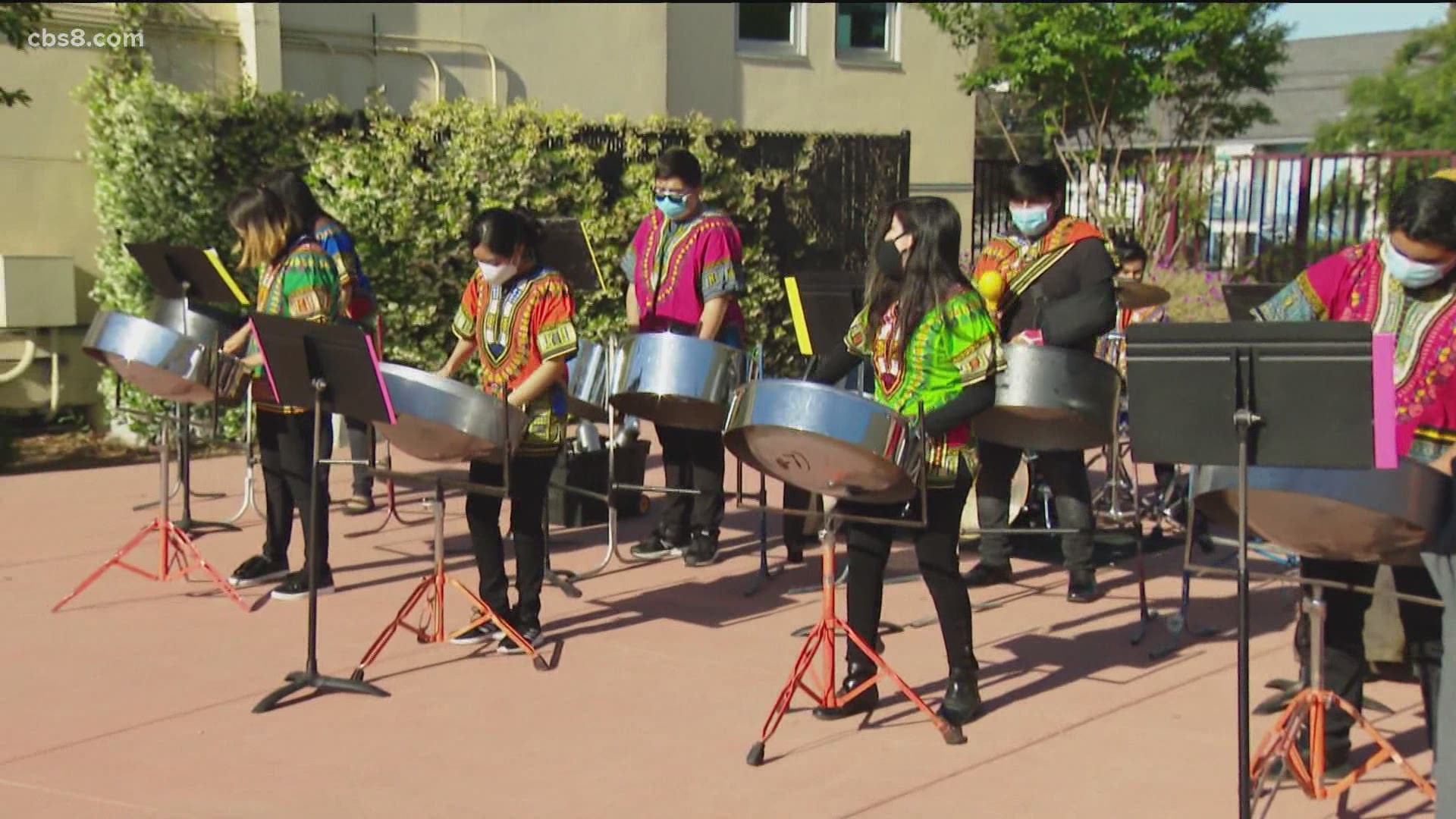 SAN DIEGO — The Island Steel Drum Band, comprised of students from Southwest Middle School and Southwest High School in South Bay San Diego, performed together for what they believe is the last time Monday. After 22 years, the steel drum band program is being cut, according to band director Keith Ballard.

A statement from the Sweetwater Union High School District provided different information regarding the status of the band:

"The Sweetwater District prides itself in providing students district-wide access to a comprehensive arts education program. The Steel Drum Band is an integral part of Southwest Middle School, and is not being eliminated, however due to declining student interest over the past few years, the program will scale back in size at this time. We encourage more students to participate and grow the program."

Ballard said in a press release that neither he nor students or parents were spoken to about the decision to cut the program for the upcoming school year.

“Mr. Ballard only found out when a tiny spreadsheet was emailed to him last week with his classes for the 2021-22 school year, and the steel drum band class did not appear,” the press release read in part. “The music class was deemed expendable.”

The Island Steel Drum Band performed one last time this year at Southwest Middle School on Monday and with songs like “Under the Sea,” “Hot-Hot-Hot,” and “Tequila.”

In its 20+ year history, the Island Steel Drum Band has performed throughout California including playing the Super Bowl in 2003.