Six families, with a total of 23 students, are trying to get to the airport or an airplane by August 31. 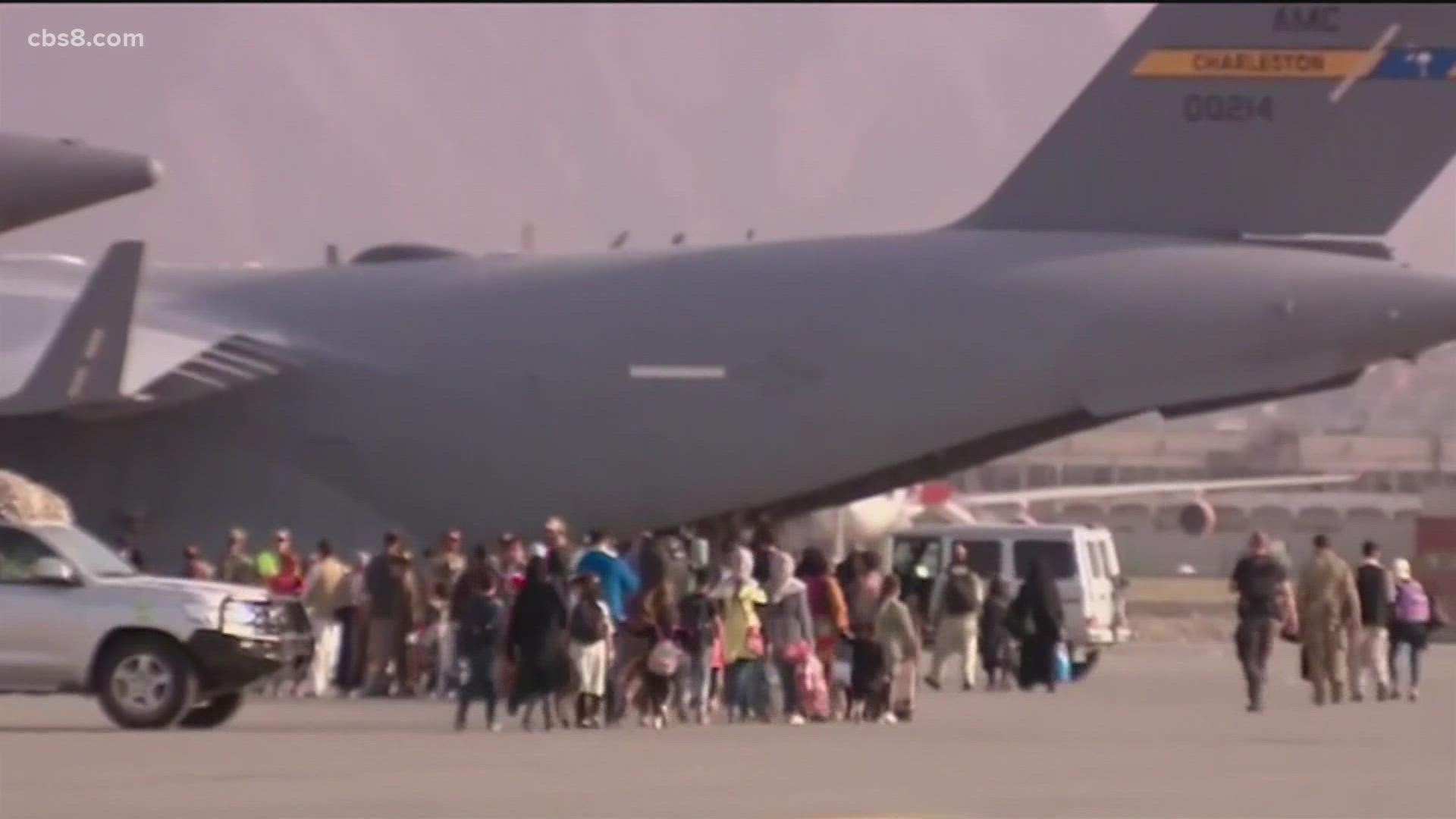 EL CAJON, Calif. — Nearly two dozen students from El Cajon were stuck in Afghanistan as of Tuesday night trying to get back to the United States. Their school district said it’s pitching in to help them and their families any way that it can.

What should have been a simple trip to visit relatives over the summer, has turned into an alarming and uncertain situation for the students as they negotiate their way back to the U.S.

“They’re still in Afghanistan trying to find their way to the airport or on an airplane,” said Michael Serban, Director of Family & Community Engagement for the Cajon Valley Union School District.

Biden announced Tuesday that he plans to stick with the Aug. 31 deadline to have all Americans evacuated from Afghanistan. Now six families with a combined 23 students from the Cajon Valley Union School District are trying to get back to El Cajon as soon as possible.

“Several of our families over summer break independently decided to go home to Afghanistan and see their extended family. A lot of the families, their nuclear families are here but all their grandparents and everybody are still in Afghanistan,” Serban said.

“I continue to support and agree with President Biden’s decision to withdraw from Afghanistan. However, I remain incredibly concerned about the ongoing evacuation process in Kabul and the deteriorating humanitarian situation in Afghanistan.”

It’s less clear if the U.S. will also evacuate thousands of Afghans who assisted U.S. war efforts by next week. In the meantime, Serban said the El Cajon community and the district are rallying around the families to show support.

“We’re working really closely with our federal government officials in reaching out to them, to make connections, to get the two connected so that the federal government knows who’s there and how they can support them to get them back here to the United States,” Serban said.

Serban said after speaking with a few of the parents, one of their main concerns was making sure their kids could get back into school. He also said they seemed pretty confident that they would return to the U.S.