Tesla driver, who allegedly put the car on autopilot, slams into CHP car on closed freeway

The driver, 29-year-old Nina McCary, reportedly told officers that she put the vehicle on autopilot and wasn't paying attention when it crashed. 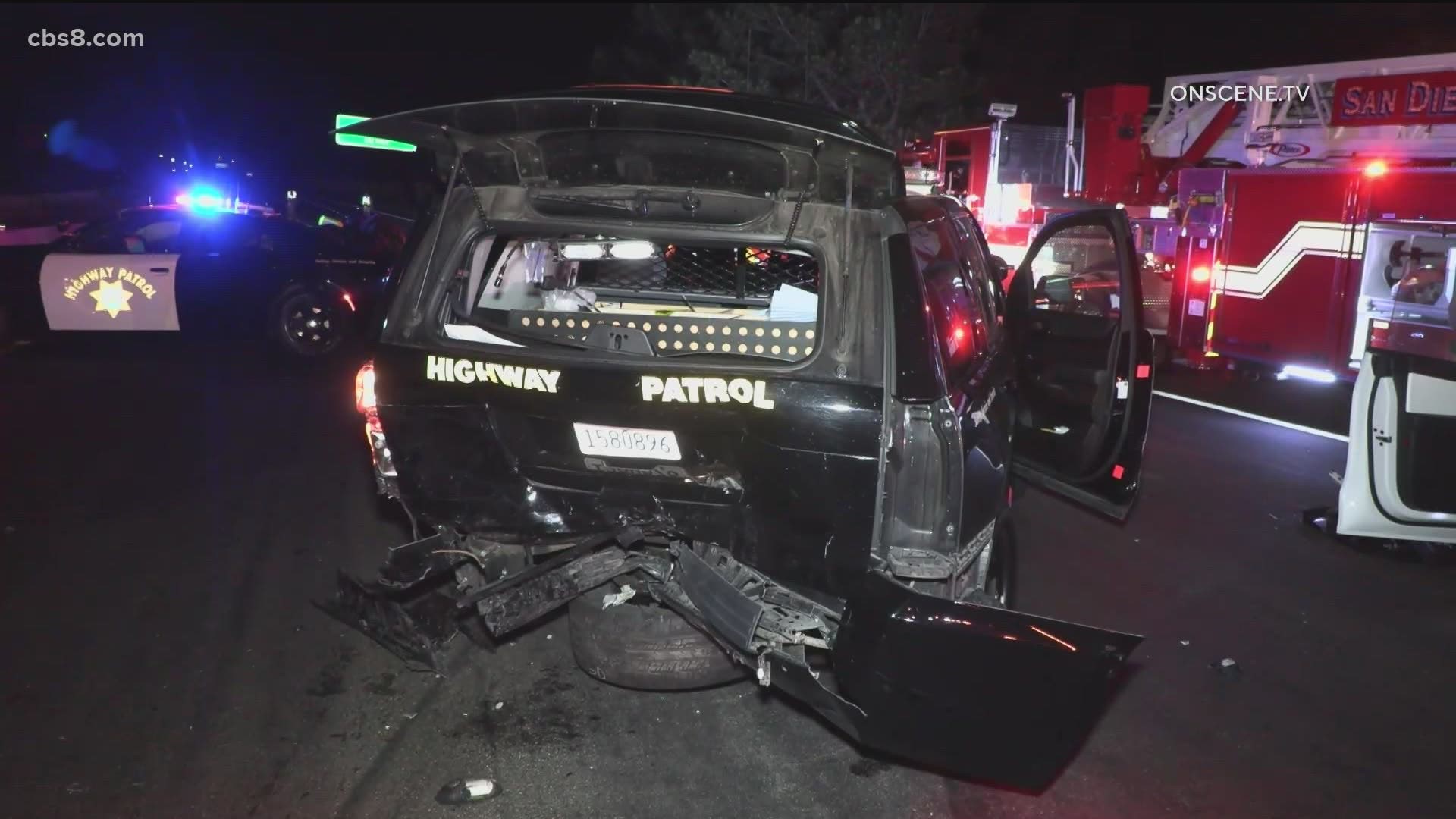 SAN DIEGO — A local freeway was closed so officers could investigate a fatal accident, but the driver of a Tesla blew through that closure and slammed into the back of a CHP officer's car. She said her vehicle was on autopilot. Officers arrested her on suspicion of driving under the influence.

It happened Saturday around 1:45 a.m. A silver Honda, going the wrong way on State Route 56, hit a Mazda head-on. A passenger in the Honda died at the scene and the driver was arrested on suspicion of driving under the influence.

The force of the crash sent debris flying across the road. Investigators closed the freeway to gather evidence, but a little more than an hour later, the Tesla came barreling through the crime scene.

The driver, 29-year-old Nina McCary, reportedly told officers that she put the vehicle on autopilot and wasn't paying attention when it crashed.

“If there was officers inside that vehicle, it could have been a lot worse,” said CHP Officer Salvador Castro. “Now you're sustaining injuries to the officer, or worse, if someone's next to the car it could easily kill an officer.”

A passenger in the Tesla was injured and McCary was arrested and charged with driving under the influence.

Jeffrey Spring with the Automobile Club of Southern California doesn't know the details on Saturday's crash, but AAA researchers found that driving assistance systems - tested in real-world driving - experienced some type of issue every eight miles.

“They're not fool-proof, by a long stretch,” Spring said. “There's times when they'll hand over control to the driver without warning... times when they're supposed to be keeping within a certain lane and they don't.”

Spring said they're finding many people think autopilot systems can do more than they actually can and that can lead to dangerous decisions.

“You're depending on the vehicle to do something you're responsible for and many people will pay the price,” he said. “It's sad, but that's going to happen,” he said.

And Officer Castro added this, “If you're going to drink, have a plan. Utilize public transportation, rideshare services, it's so much cheaper to go that route instead of driving through a scene injuring, or worse, killing somebody.”