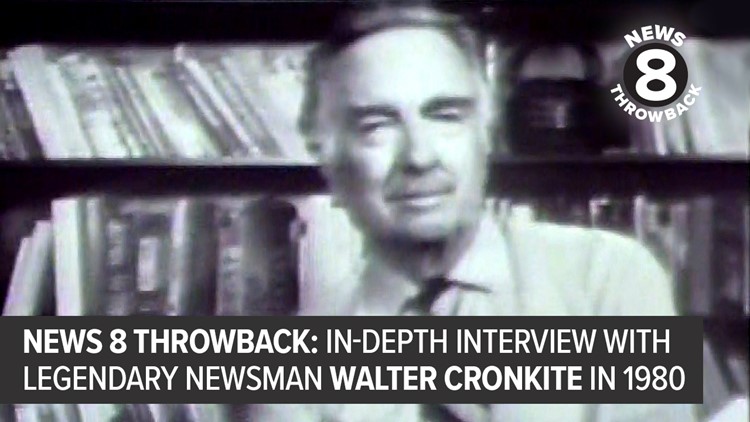 SAN DIEGO — For nearly 20 years, Walter Cronkite was a staple of broadcast news coming into people’s living rooms via the CBS Evening News each night. Starting out in newspaper reporting and radio announcing in the 1930s, Cronkite’s career spanned many important decades in America’s history.

In 1950, Cronkite entered the world of television news at WTOP-TV (now WUSA) in Washington D.C. and hosted several CBS programs before becoming anchorman of CBS’s nightly news feature in 1962.

Cronkite announced he would be retiring on Valentine’s Day 1980, but he remained in the anchor chair for over a year. In that time, News 8 had the chance to interview the legendary journalist about his lengthy career and some of the moments that stood out to him.

This five-part interview with News 8’s Michael Tuck and the broadcaster covers notable moments in history that Cronkite reported on from the tragedy of JFK’s assassination in 1963 to the excitement surrounding the Apollo 11 moon landing in 1969.

“There were several times when I thought emotion might get the better of me...” said Cronkite. “The one moment where it really broke, was when we had to say [John F. Kennedy] was dead. Then I puddled up a minute.”

The scripts from Tuck’s five-part interview with Cronkite are still filed away in News 8’s archives. See below for a slideshow of these cherished station relics.