Do you remember your first day of school? Picking out what to wear, wondering who you would sit with at lunch? 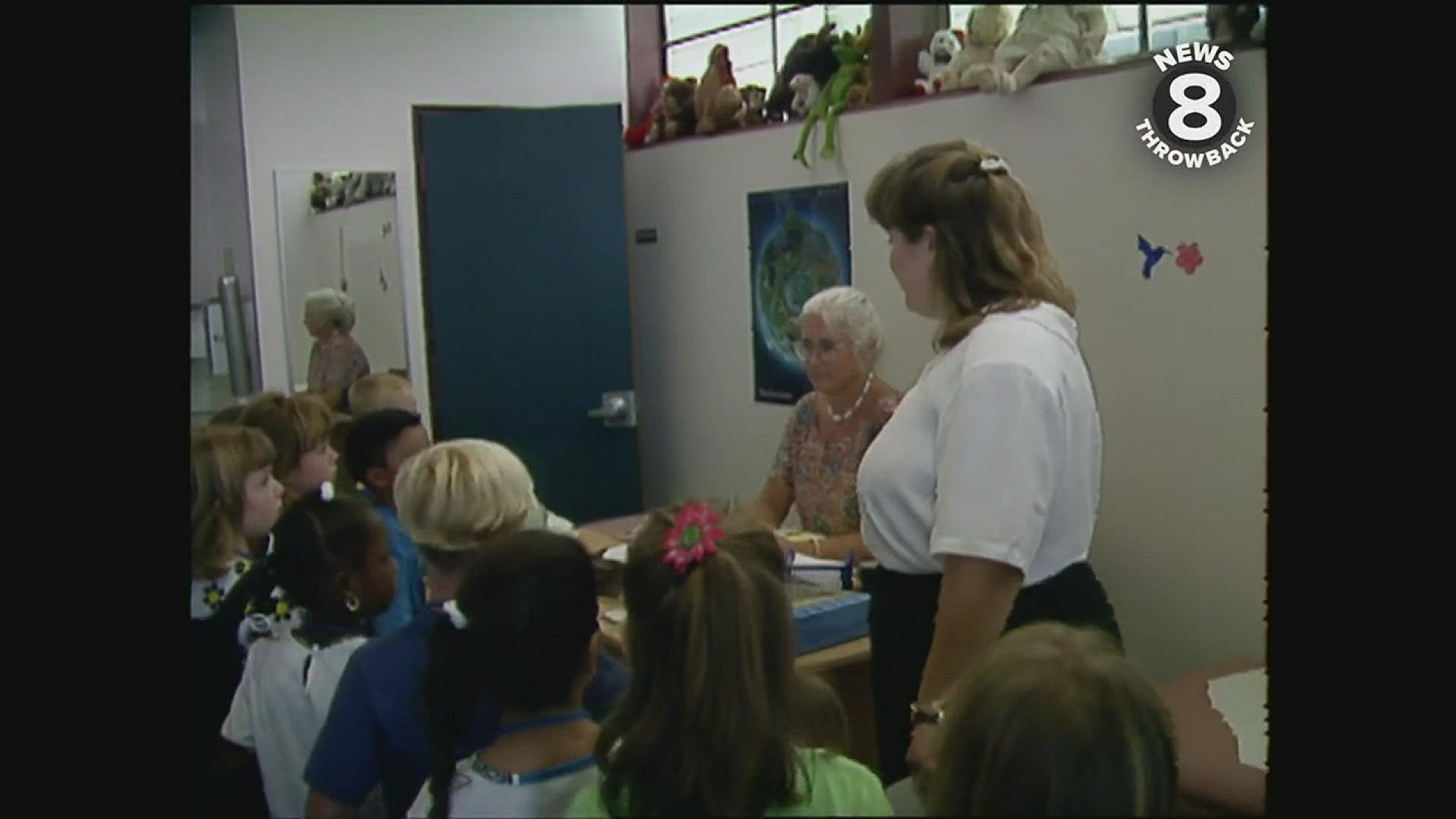 SAN DIEGO — Back-to-school for parents means shopping for clothes and supplies; for students it means excitement, nervousness and, hopefully, making new friends. These clips from the News 8 archives capture the buzz around the big day for San Diego families in the 1970s, '80s and '90s.

Do you remember your first day of school? Picking out what to wear, wondering who you would sit with at lunch? From picking the perfect lunch box to touring school on the very first day, these stories are snippets of milestones big and small.

And as an added bonus, we have some back-to-school pictures of News 8 talent to share!

Students and parents were preparing to return to school in 1979 with trips to the mall for new clothes. One little boy is seen eagerly showing his mom a Cookie Monster shirt.

News 8's Liz Pursell spoke to mothers who said prices were going up and the older their kids got the more expensive back-to-school shopping got.

This story also captures some of the styles of the time from roller skates to clothing to writing checks.

As students geared up for a new school year in 1981, News 8's John Culea went looking for one of the most popular items - school lunch boxes. The assortment was dwindling with Superman and Strawberry Shortcake selling out. Other favorites included: Muppets and Disney characters, "Star Wars," and "Clash of the Titans" - featuring a young Harry Hamlin.

Lunch on the first day of school in San Diego 1987

Lunchtime on the first day of school in 1987 came with lots of excitement for students in San Diego. First, there was the process of paying and getting change from the lunch lady. Then there were all the choices to be made: pizza or a hot dog; beans or apple sauce.

One adventurous second-grader Donny Lopez decided he wanted to try peanut butter on his pizza of all things. Later, he told News 8's Hal Clement it was "gross."

Some kids chose to bring their own lunch. Hal Clement said everyone made it through the first lunch on the first day of school.

Back to school shopping at Mervyn's in San Diego 1993

Mervyn's was the place to be for back-to-school bargain shopping. The clearance racks were jammed with shoppers. Some told News 8's Carol Hasson they were watching their wallets due to the sluggish economy. Adorable twins told her -in unison - that they didn't like wearing the same dress. Their mom said they were starting kindergarten the next day. A back-to-school tradition - '90s style.

The first day of kindergarten is a big deal in a child's life. Jody Hammond was at Rios Elementary in El Cajon to see how the new students were faring. New principal Steve Boyle told the children that it was going to be a great year. One boy was nervous that most people weren't going to be his friend.  Amber Elliott, future movie star, showed off her dancing talent for our cameras. 25 years later, we checked on Amber to see how life has changed since being on News 8:

"Amber Elliott, now Amber Mallard, can still perfectly recall the layout of Rios Elementary school from the classrooms, to the playgrounds, and to the giant Roadrunner mural that was painted on the side of the auditorium by the school’s librarian.

She and her cousins (including Katy Elliott, seen in a pink dress in the video clip) all attended the school, and her aunt and grandmother even worked on campus as school aids and traffic controllers.

While she never became a movie star or ballerina, Amber is happily married and recently graduated with a Master’s degree in City Planning from San Diego State University while working as a project coordinator in the sustainability sector.

She continues to love art and media such as Star Wars, musicals, anime, and K-Pop, and encourages others to check out popular Korean artists BTS and ATEEZ [“Ay-tease”].

While some childhood dreams may not always come true, Amber hopes the motto, “let’s do our best rather than being the best” will bring strength and comfort to children starting the new school year."

And if you thought the kids in these videos were cute, wait till you see the News 8 talent in their throwback school pics!