The Rolling Stones have played venues all over town for adoring fans and the News 8 archives have footage from as far back as 1965 and as recent as 2005. 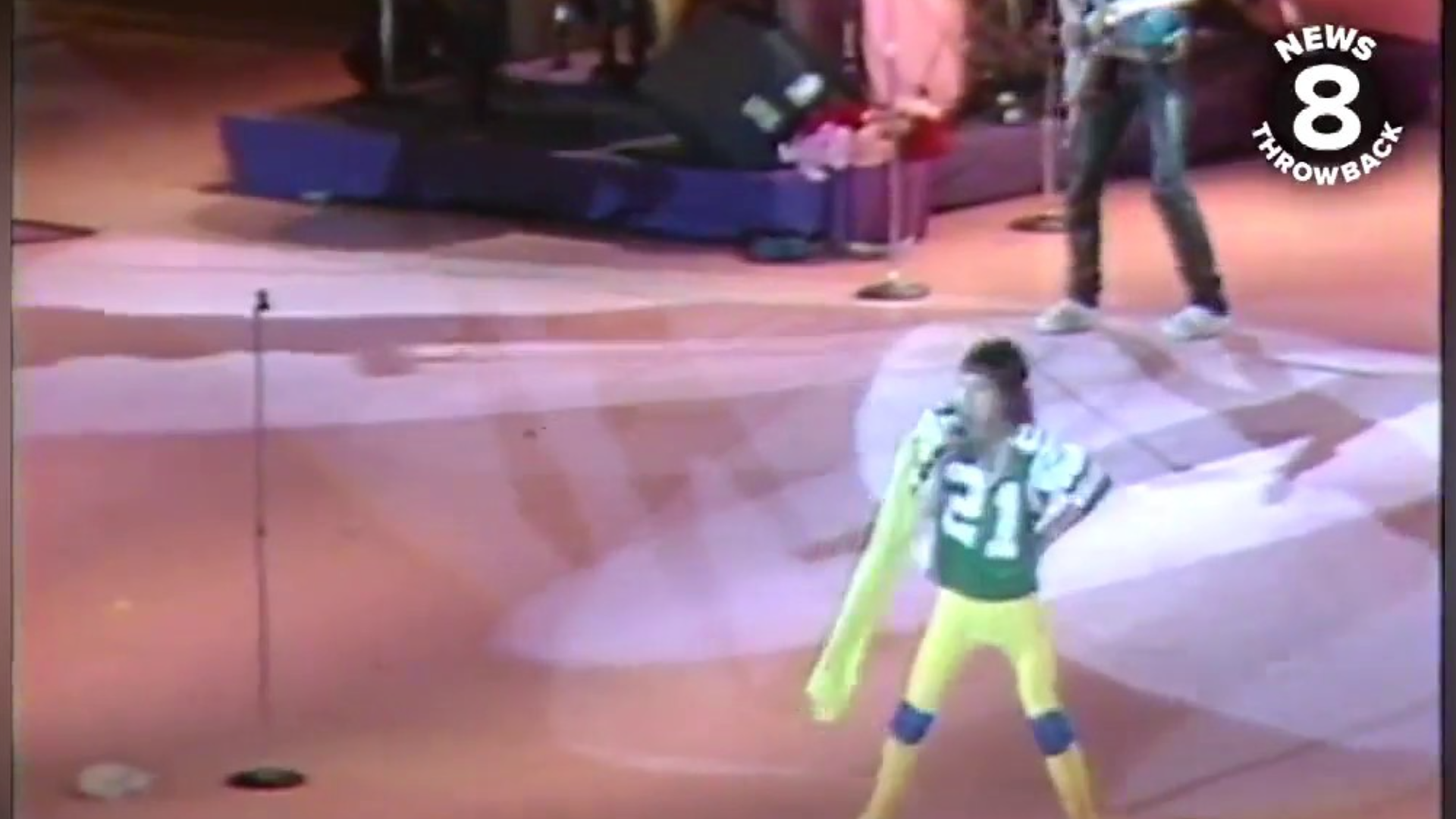 They’ve been one of the world’s biggest rock ‘n’ roll bands for over half a century and over the many years of their illustrious career, The Rolling Stones have made several stops in San Diego. They’ve played venues all over town for adoring fans and the News 8 archives have footage from as far back as 1965 and as recent as 2005.

The Rolling Stones in San Diego in May 1965

This footage from deep in the News 8 archives captures The Rolling Stones in San Diego in 1965. Even without hearing the screams of adulation, it’s clear from the faces of the fans that they were thrilled to see the band live.

“The Rolling Stones rolled into town Tuesday night for a concert which sent three thousand teenagers, mostly girls, into ecstasy and near riot. Here's the way it looked and sounded at the County Concourse.”

The date was May 17, 1965. The place--The Community Concourse downtown. This was their second gig in San Diego. The first was November 1, 1964, at Balboa Park Bowl (later known as Starlight). This film treasure was buried in our archives for 55 years and it is simply amazing to see it now. Unfortunately, there is no audio on the first portion but it's easy to imagine the screams of delight coming out of the frenzied young fans. The police officers look bewildered like they just don't get the hype. We sure hope you see yourself or someone you know in this. These teenagers are now in their sixties and seventies--what a treat that would be to see themselves as teens. We don't see Mick Jagger but that's Keith Richards and Bill Wyman and an unknown young woman hanging out before the concert. Our News 8 photographer must have been thrilled to get that close. After all, they were one of the hottest bands in the world. And 55 years later, they still are.

Some News 8 viewers shared their own pictures from the 1965 show:

Credit: Courtesy of Cathy Mcconnell Ardans
"I was there, front row. This photo was taken before the concert started. I was putting film in my camera (that I'm clutching to my lap) when the curtains parted on the side and we all jumped up to see if we could see backstage. I'm the one with my mouth hanging open, far left, in the white shoes." - Cathy Mcconnell Ardans

In this piece from the summer of 1978, News 8's Judy Elfenbein traveled to Anaheim Stadium to catch the chaos before The Rolling Stones hit the stage. Security was out in full force catching people for ticket snatching, bringing in drinks and even possession of $500 worth of “what appeared to be cocaine.”

The Rolling Stones hype ahead of 1981 concert in San Diego

Ahead of The Rolling Stones 1981 concert at what was then Jack Murphy Stadium, News 8’s Gene Cubbison reported on the excitement all over town. At 101.5 KGB FM radio DJs were giving away tickets to the show every hour. Gene reported there were rumors it was to be the Stones’ last tour – oh, how wrong that was.

On October 7th, 1981, The Rolling Stones played for a massive crowd at Jack Murphy Stadium. New 8's Ann Shaw reported from the parking lot the day before as folks camped out. She noted it was to be the biggest concert San Diego had ever seen with almost 70,000 attendees. Larry Himmel reported on the show itself which featured the Stones playing 22 songs including new tunes and old favorites. News 8 throwback archives editor Barb Nielsen was there and paid $15 for her ticket. She recalls that everyone was well behaved--at least in her section of the stadium.

The Rolling Stones concert aftermath in 1981

The day after The Rolling Stones concert at Jack Murphy Stadium in 1981 saw a bit of the aftermath left in the show’s wake. According to News 8 reporter, I.J. Hudson 30 people had been taken to “detoxification” during the concert. Twenty-eight people were charged with “drug-related offenses” among other issues. Officials said for 70,000 attendees, the number of problems wasn't bad – and more good news: the city made about $200,000 from the show.

The Rolling Stones play Qualcomm Stadium in San Diego in 1998

It was a rainy night in San Diego when the Stones came to town in 1998. There was a sea of yellow ponchos on the Qualcomm Stadium field. Some were lucky to be in covered seats. February 3, 1998, was a night to remember. The Rolling Stones made the stop as part of the "Bridges to Babylon" tour.

The Rolling Stones at Petco Park in 2005

On November 11, 2005, The Rolling Stones were the first band to play a concert at Petco Park in San Diego. News 8’s Jeff Zevely was there to hear from fans young and old about what brought them to the show.