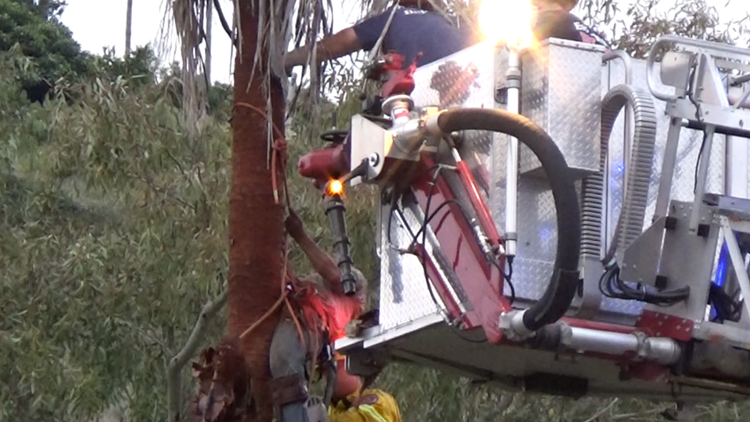 A tree trimmer was rescued Thursday evening in San Marcos after becoming stuck in a 60-foot-tall palm tree for over an hour.

The man became pinned between the tree trunk and his safety lines when the crown of the tree he was trimming fell on him. He was bent backward and trapped until firefighters were able to get a ladder truck to him and pull the 100-pound crown of the tree off him.

SDGE was asked to remove power lines to allow the large ladder truck to get close enough to rescue the man.

The tree trimmer, who is believed to be 61-years-old, was transported to Palomar Hospital’s trauma center and is expected to fully recover.