Two men killed in Escondido crash believed to have been homeless

After the crash, police arrested a 13-year-old Vista girl, who said she and a friend had taken her mom's car for a joyride, without her knowledge. 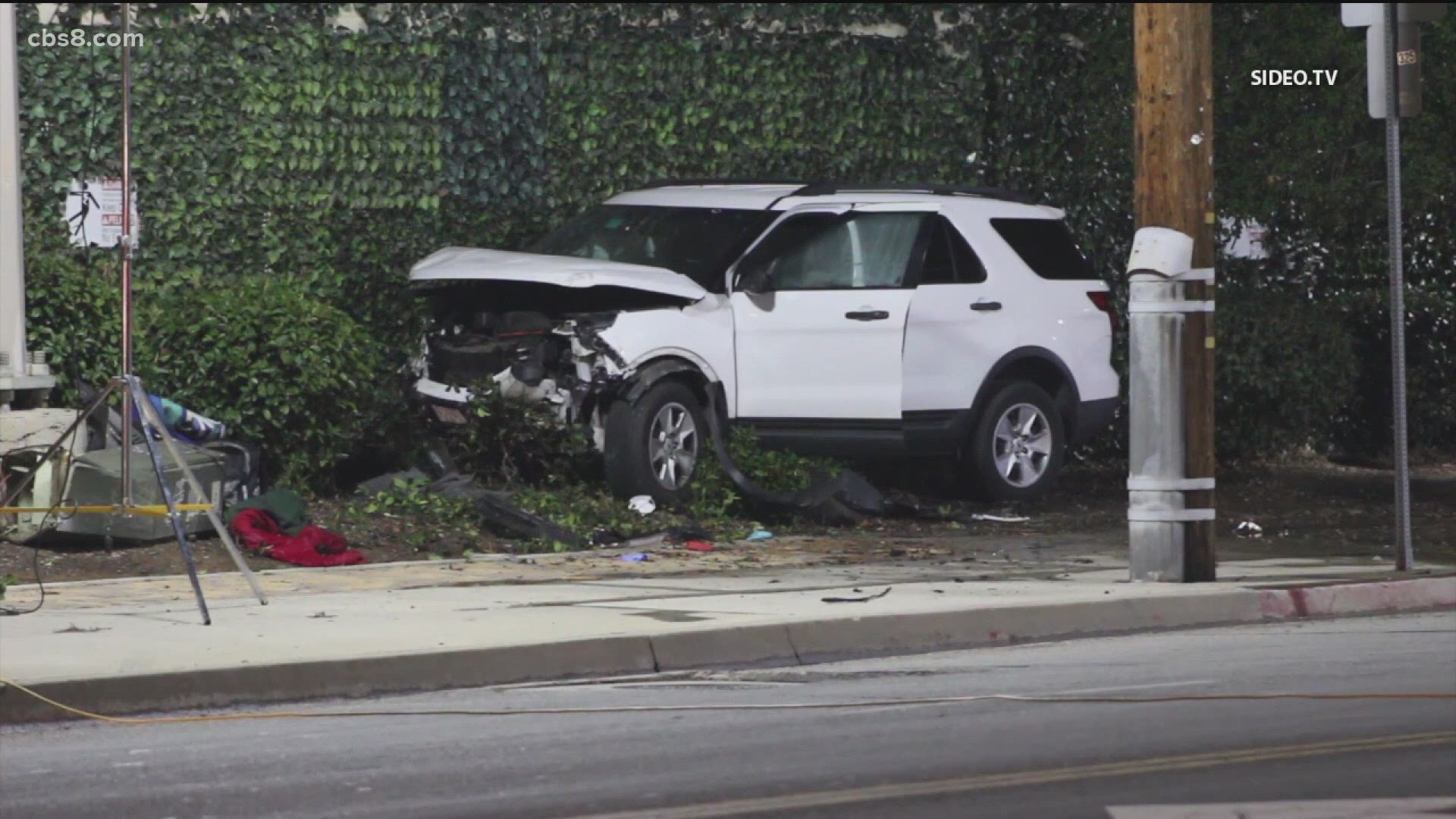 ESCONDIDO, Calif. — Two men were killed Friday night in a freak accident near the busy Escondido intersection of Mission Avenue and Ash Street. They were believed to have been homeless and had set up for the night to sleep in the bushes alongside a wall. It was about 11:20 p.m. when an out-of-control SUV swerved across the sidewalk and ran over them.

Escondido Police were pursuing the SUV, having pulled it over for a traffic stop a few blocks away - only to have the driver take off.  After the crash, police arrested a 13-year-old Vista girl, who said she and a friend had taken her mom's car for a joyride, without her knowledge.

One man was dead at the scene and the other was taken to a hospital where he died.

The two girls were released to the custody of their parents while Escondido police reviewed the case with Juvenile Court authorities to determine charges. Officers are also working to identify the victims.

Many homeless are going to shelters during this cold, wet winter, but not all.

"We've got a lot of folks that are urban campers; choose to be out there and be left alone," said Alpha Project CEO Bob McElroy.

Dealing with homeless issues on a daily basis, McElroy recognizes that everybody needs human contact, which may explain the two men sharing that patch of greenery off Ash street Friday night.

"The loneliness, the being disenfranchised from society. Some people choose that, other don't," added McElroy.

There's not a lot of trust on the streets. But McElroy said there is a sense of community, adding "news of these two homeless folks being killed resonates through this community and it makes it even more difficult."