A group that arrived Sunday included some boys, ages 12 and under, who are the siblings of the girls being cared for at the San Diego Convention Center. 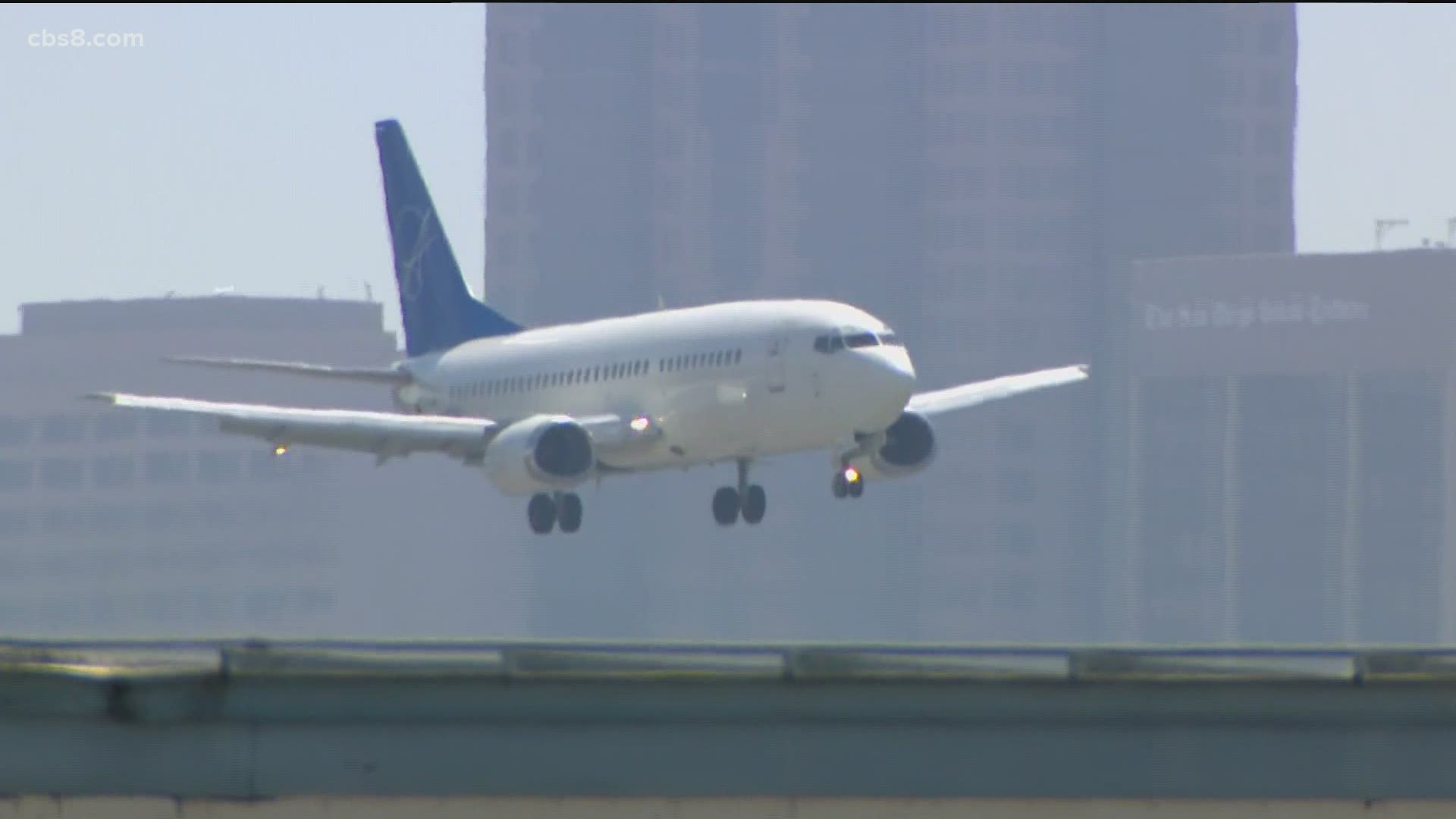 Additional groups of unaccompanied children were arriving in San Diego on Sunday to stay at the convention center while seeking asylum. The latest arrivals will put the temporary shelter at capacity, according to San Diego Mayor Todd Gloria.

The first wave of girls arrived last Saturday, March 27, followed by several other groups throughout the week.

About 200 children were expected Sunday, according to U.S. Department of Health and Human Services spokesperson Carol Fiertz. Approximately 100 children arrived around noon. It was the first group to include some boys, all aged 12 and under, according to Mayor Gloria. The small group of boys was included because they are siblings of the girls being taken to the convention center and authorities did not want to separate the siblings.

It was unclear when the rest of the children would be arriving.

The mayor said siblings will be prioritized in finding relatives to care for them in order to move the boys out of the shelter as quickly as possible.

Prior to the latest arrival, the number of children being cared for at the San Diego Convention Center was 1,177, according to Fiertz. In an email to News 8, she confirmed 134 of the children had tested positive for COVID-19.

The creation of emergency intake sites like the convention center is designed to shift the minors -- most of whom are from Guatemala, Honduras and El Salvador -- more quickly out of U.S. Border Patrol custody while helping to alleviate overcrowding at border holding facilities.

The children have been flown to San Diego from a Border Patrol facility in Texas. The HHS Acting Regional Director Bonnie Preston said last week that the cases of COVID stem from the Texas facility.

The girls at the convention center are ages 13 to 17 years old and are staying in downtown San Diego as their asylum cases are processed. Case managers who are also social workers are on-site with a 15 to 1 ratio of staff to children. The convention center could accommodate up to 1,450 children, according to officials.

As for the children who test positive for COVID-19 at the convention center, authorities said they are being quarantined on a different level than the general population. All unaccompanied minors are being tested for COVID-19 every three days.

"Between the convention center, South Bay Community Services, Rady Children's Hospital, we have really put together something that is meeting the needs of these children under these difficult circumstances," Gloria said this weekend.

The children are expected to stay anywhere from 30 to 35 days. During their stay, social workers will try to confirm each child's identity and find relatives or sponsors in the U.S. where they can stay until their asylum cases are adjudicated. A judge must decide whether they can permanently stay in the U.S. or if they must return to their home countries.

On March 22, city and county officials announced that they would make the convention center available for the HHS to use as a temporary shelter for minors up to age 17.

A recreation area is being used on the exterior of the facility. The children are not permitted to leave the facility until they are reunified with family members in the United States or connected with other sponsors.

The Health and Human Services Refugee Resettlement Program is funding the temporary shelter, and additional partners include the Federal Emergency Management Agency, Center for Disease Control and the convention center.

South Bay Community Services is raising money for the children after they leave the convention center. They ask that donors specify they want the money they donate to be used for that purpose on the page found here.