Trauma Informed Yoga program one of the few of its kind in the country. 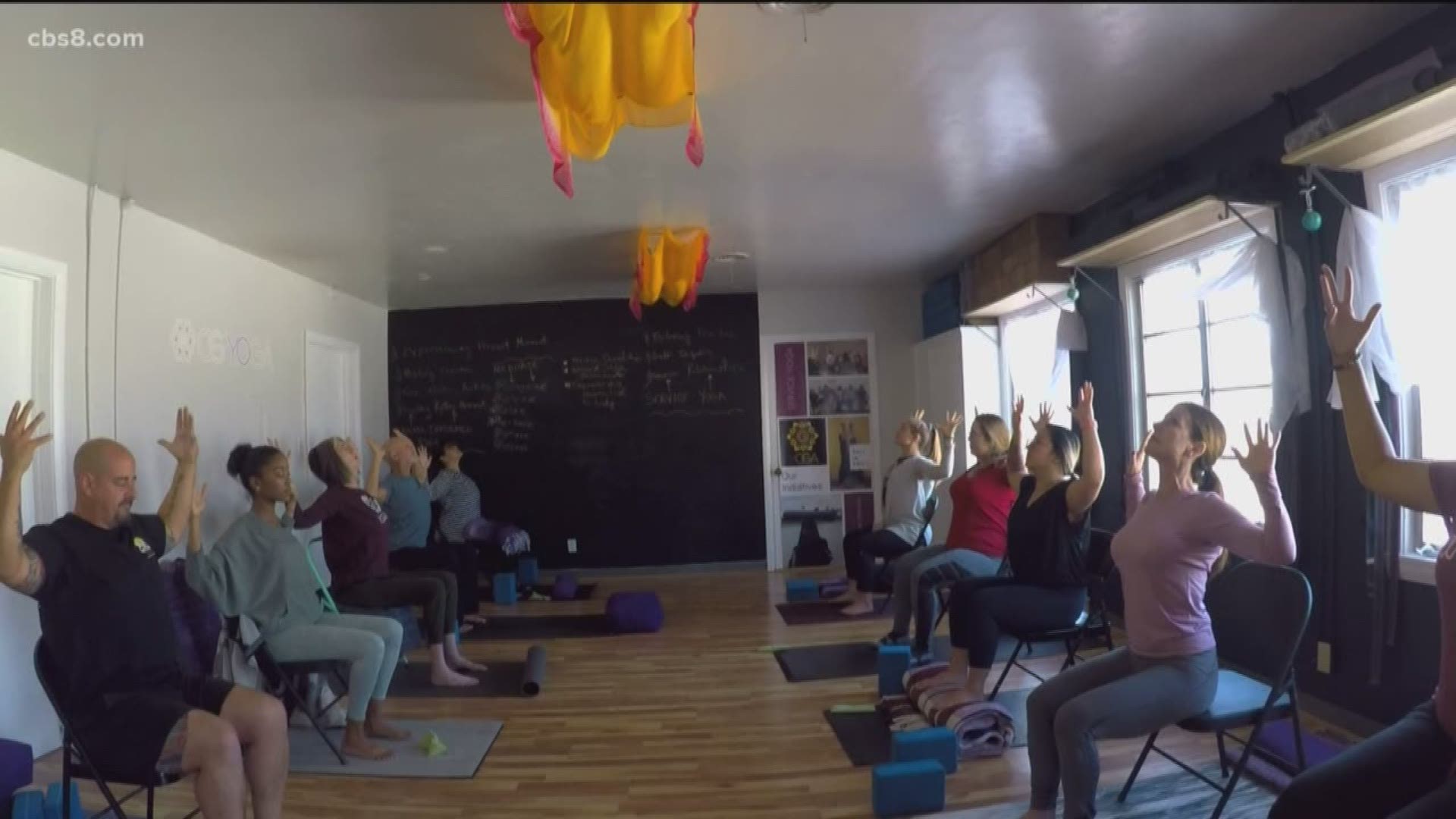 SAN DIEGO — In a quiet room, above a Normal Heights neighborhood church, yoga students are stretching, breathing, and centering.

For many in the room, this class is not just for relaxation, it's a place where they learn coping skills and find light after being in a very dark place. For a retired U.S. Marine named Jimmy, who prefers we only use his first name, he is here after coming a long way.

"It was just a bad time in my life. I was very selfish, I had no worth about myself. And I treated people not the way they deserved to be treated," Jimmy told our News 8 anchor, Heather Myers. Multiple concussions on the battlefield left him disabled, depressed, and although he didn't specifically say why, eventually he was detained.

"While prison was one of the most horrible things that could happen in my life, that probably saved my life," said Jimmy.

While behind bars, Jimmy found yoga and later went on to learn Trauma Informed Yoga. It is a unique yoga program based on specific techniques that teach students to grow through the trauma. They are taught to use the mind-body connection and breathing techniques.'

"We create a brave and safe space. We don't know what will trigger people," said JoAnne Jaffe, founder of OG Yoga. OG yoga stands for original greatness. Jaffe says her studio and the program is designed to reduce stress and triggers.

"We do set up in a circle or against a wall, so nobody has to worry about someone being behind them. The doors are never locked. And if you need to leave, you can leave," Jaffe told News 8.

Jaffe says she developed Trauma Informed Yoga after seeing that people need more than just medication and therapy. She has expanded to over 50 initiatives in the county. She and other instructors teach the techniques to teens in juvenile hall and in foster care, women who are incarcerated, people in rehab, children in schools, the blind at the Braille Institute, and more.

"Our job as Trauma Informed Yoga teachers is to primarily empower the individuals we serve, back into their bodies, reconnecting with their feelings, emotions and physical body, something they've disconnected from in order to survive," said Jaffe.

Tara says that trauma, turned to anger, and she eventually spent 14 years in prison. Now, she is at OG Yoga working through the anxiety. "With having to face traumas, having to re-live it all over and over again, it brings up more anxiety, more PTSD and your body just doesn't know how to react and that's where the yoga really centered me," Tara said.

For Tara, Jimmy, and the others in the class, the idea is to take what they are learning here out into the real world.

Tara is now taking classes four days a week and believes it is making a huge difference.

For Jimmy, after 200 hours of training, he is now teaching Trauma Informed Yoga. "Yoga is to yolk or to bind, so it's the glue that makes the other therapies work better," said Jimmy.