The Rabbi was allegedly punched on the top of the head and called anti-Semitic slurs by a 14-year-old boy riding a bicycle. 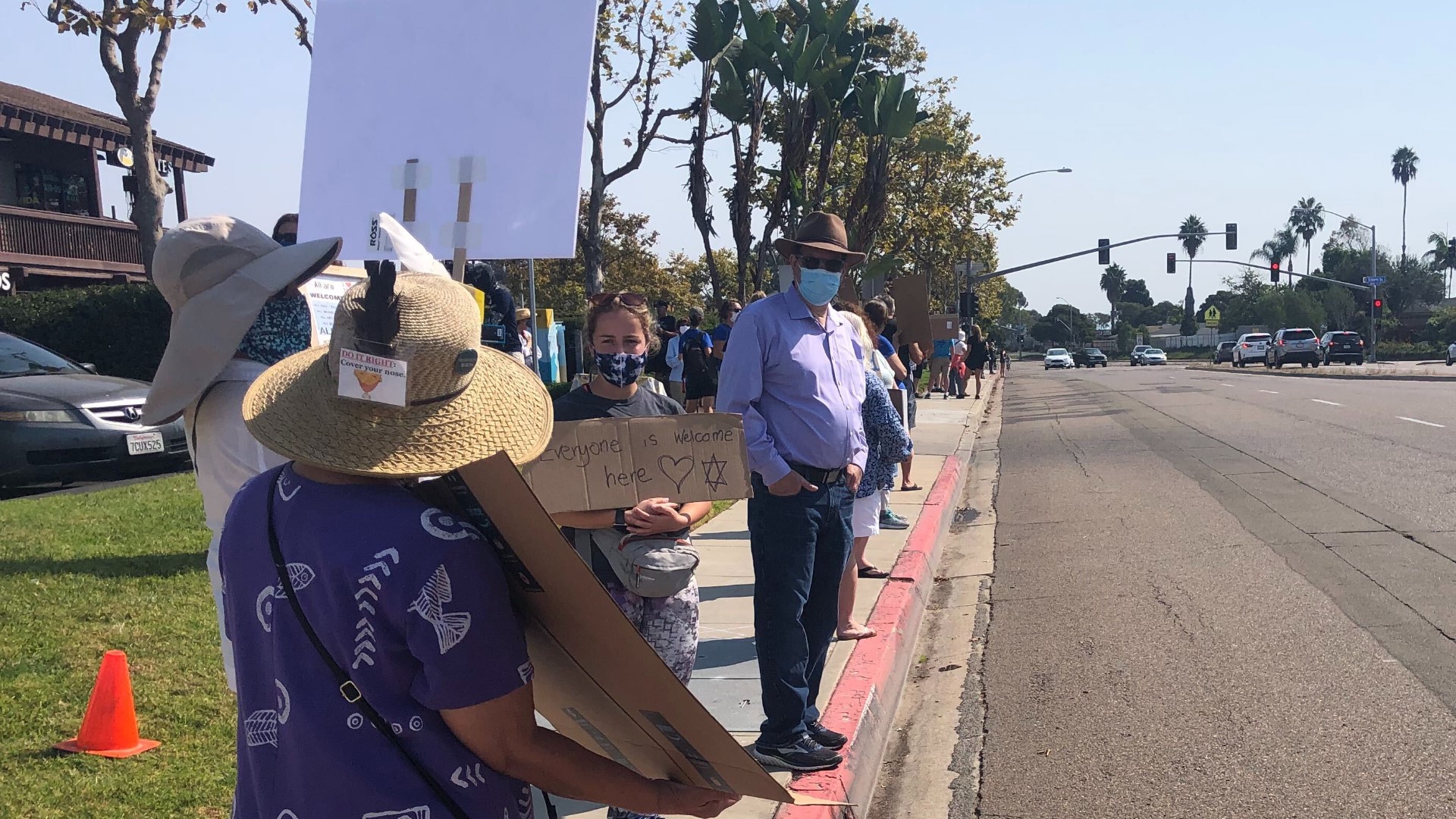 SAN DIEGO — After a 14-year-old boy was arrested for assaulting a Rabbi in University City, hundreds gathered on Governor Drive to voice their support and solidarity to the Jewish community.

Around 100 people from all walks of life, lined up on Governor Drive holding signs and voicing their support for Rabbi Yonatan Halevy and the Shivit congregation on Saturday.

According to Halevy’s own posting on the app, Nextdoor, at 5 pm on Oct. 10, Rabbi Halevy was walking with his father in front of the UC Marketplace when a 14-year-old boy on a bike punched him on the top of his head and proceeded to call him anti-Semitic slurs.

Fortunately, the Rabbi was OK. The boy rode away with his friends after the Rabbi called 911.

After the attack, those that live in the University City area felt a need to show support to their Jewish neighbors.

The event’s organizer Tama Becker-Varano said, “When we found out what happened in our own community we immediately felt an obligation to show support to our Jewish community. These are our neighbors we live together.”

She went on to say, “We have to come together and spread the message of love that we won’t tolerate hate in our own community.”

When Rabbi Halevy’s service ended, he and his congregation took the time to thank those who came out in support.

As for the teenagers who harassed Rabbi Halevy, Becker-Varano hopes they learn from this experience and change their ways, “Hate is learned, nobody is born hating. We hope it can be unlearned as well. We hope the teenagers that were doing this, they can learn from this moment and hopefully get the help they need to turn it around. And offer up and be good citizens and offer up love.”

San Diego Police did book a 14-year-old into juvenile hall, he is being held on battery and hate crime charges.

Hundreds of people holding signs of solidarity to the Jewish community in University City, after a fourteen year old boy was arrested for assaulting a Rabbi last week. @CBS8 pic.twitter.com/fKZNQohjzG