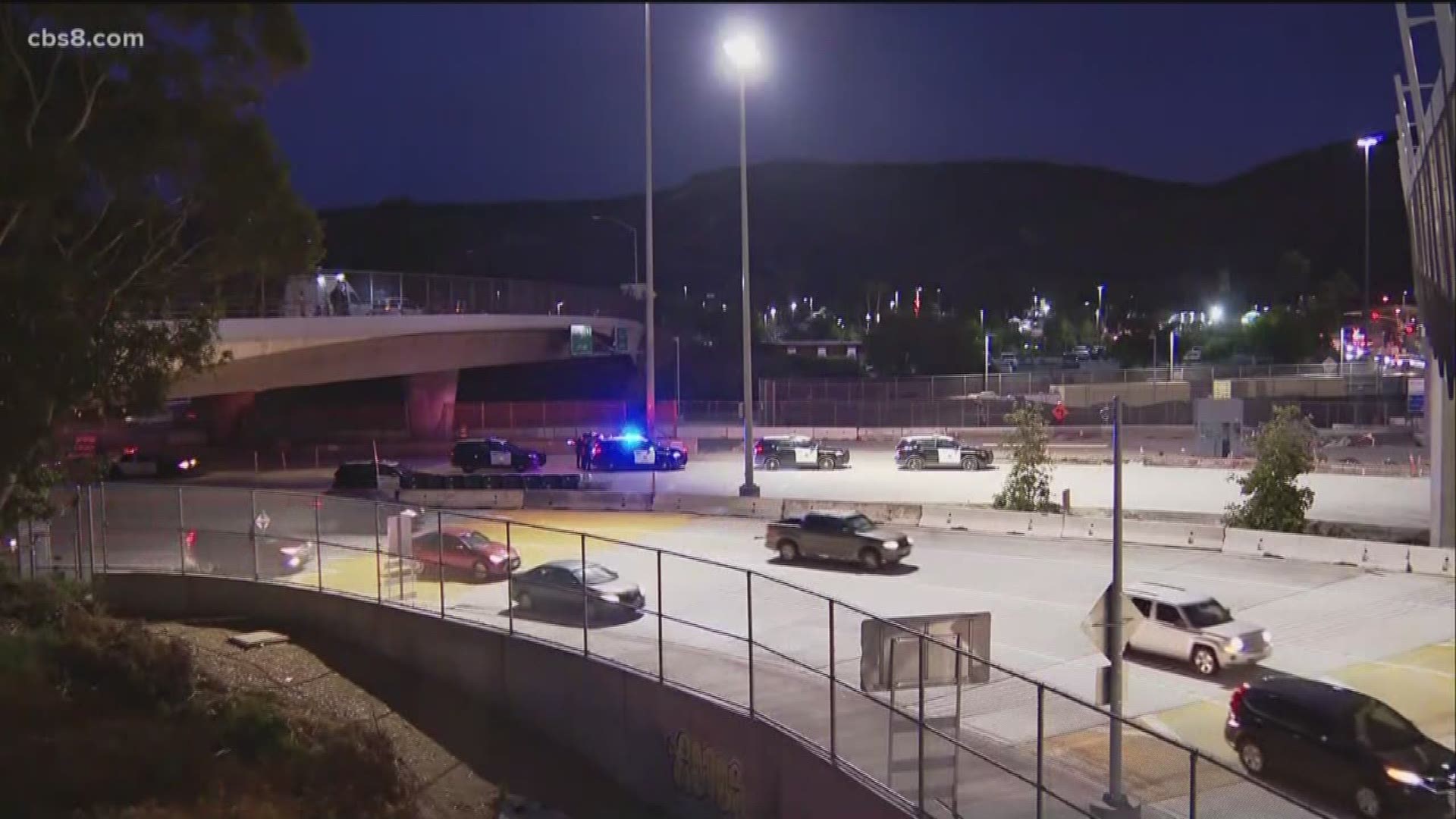 SAN DIEGO — A 23-year-old man who opened fire on U.S. Customs and Border Patrol personnel at the San Ysidro Port of Entry was shot and killed by agents, authorities said Tuesday morning.

Police received a call of an officer-involved shooting about 7:45 p.m. Monday and responded to the secondary inspection area of the Port of Entry to assist CBP agents after a white pickup truck failed to stop for an inspection and learned a suspect had been wounded in the shooting, according to Lt. Matt Dobbs of the San Diego Police Department.

"CBP officers and San Diego Fire-Rescue personnel attempted life-saving measures on the suspect; however, he unfortunately did not survive his injuries," Dobbs said.

CBP officers tried to stop the suspect, whose vehicle was eventually blocked by another vehicle, Dobbs said.

The name of the suspect was not immediately released, but he was a U.S. citizen, Dobbs said. Seven CBP officers were involved in the shooting, but none were injured.

According to a spokesperson, U.S. Customs and Border Protection is cooperating with investigations by other law enforcement agencies, and per the agency’s policy, an internal review of the incident will be conducted.

Tijuana's public safety secretary, Marco Sotomayor, tweeted at 8:02 p.m. that CBP agents had shut down all entry lanes from Tijuana into the United States, then tweeted about 20 minutes later that all lanes had reopened.

Both vehicle and pedestrian northbound operations at the port of entry were suspended for about 30 minutes before operations resumed, according to CBP.