The professor's 2015 article argued Social Security and Medicare are unconstitutional. 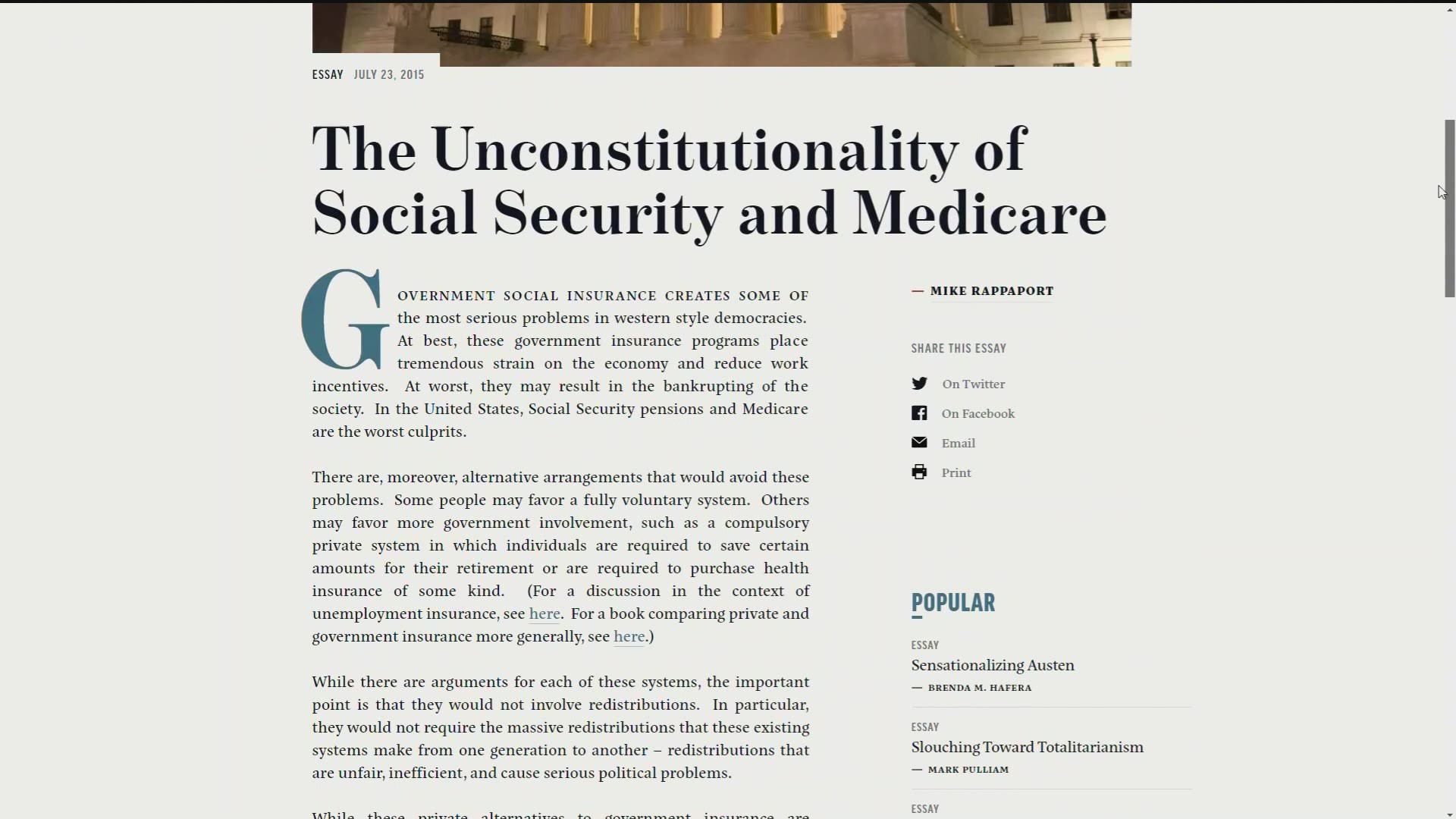 “Some have argued that the Medicare program is unconstitutional,” Senator Feinstein began.

Professor Rappaport, like Barrett, considers himself a constitutional originalist. He wrote the 2015 article in "Law & Liberty" entitled, "The Unconstitutionality of Social Security and Medicare."

“Professor Mike Rappaport of the University of San Diego Law, wrote this, "...it is worth remembering that these programs would never have taken their pernicious form if the Constitution's original meaning had been followed in the first place,” said Feinstein.

Senator Feinstein, a Democrat, wanted to know Judge Barrett's opinion on the subject because the issue could relate to whether the Affordable Care Act may also be unconstitutional.

“Do you agree with originalists who say that the Medicare program is unconstitutional?” asked Feinstein.

“I can't answer that question in the abstract because, as we've talked about, the 'no hints, no forecast, no previews' rule. I also don't know what the arguments would be,” responded Barrett.

“It’s hard for me to believe that that's a real question because I think the Medicare program is really sacrosanct in the country,” added Feinstein.

For decades, Supreme Court nominees have refused to answer abstract legal questions during confirmation hearings, to avoid showing bias on future issues that could come before the court.

The practice is known as the "Ginsburg Precedent," dating back to the confirmation hearing of Ruth Bader Ginsburg in 1993.

“Judges in our system are bound to decide concrete cases, not abstract issues,” Ginsburg said during her confirmation hearing.

In his 2015 article, USD Law Professor Rappaport concluded that Social Security and Medicare should be allowed to continue because, for generations, Americans have relied on the programs.

Rappaport declined to be interviewed for this report.