A group is calling for accountability and the removal of certain officers, and if no action is taken, they want the District Attorney out of office. 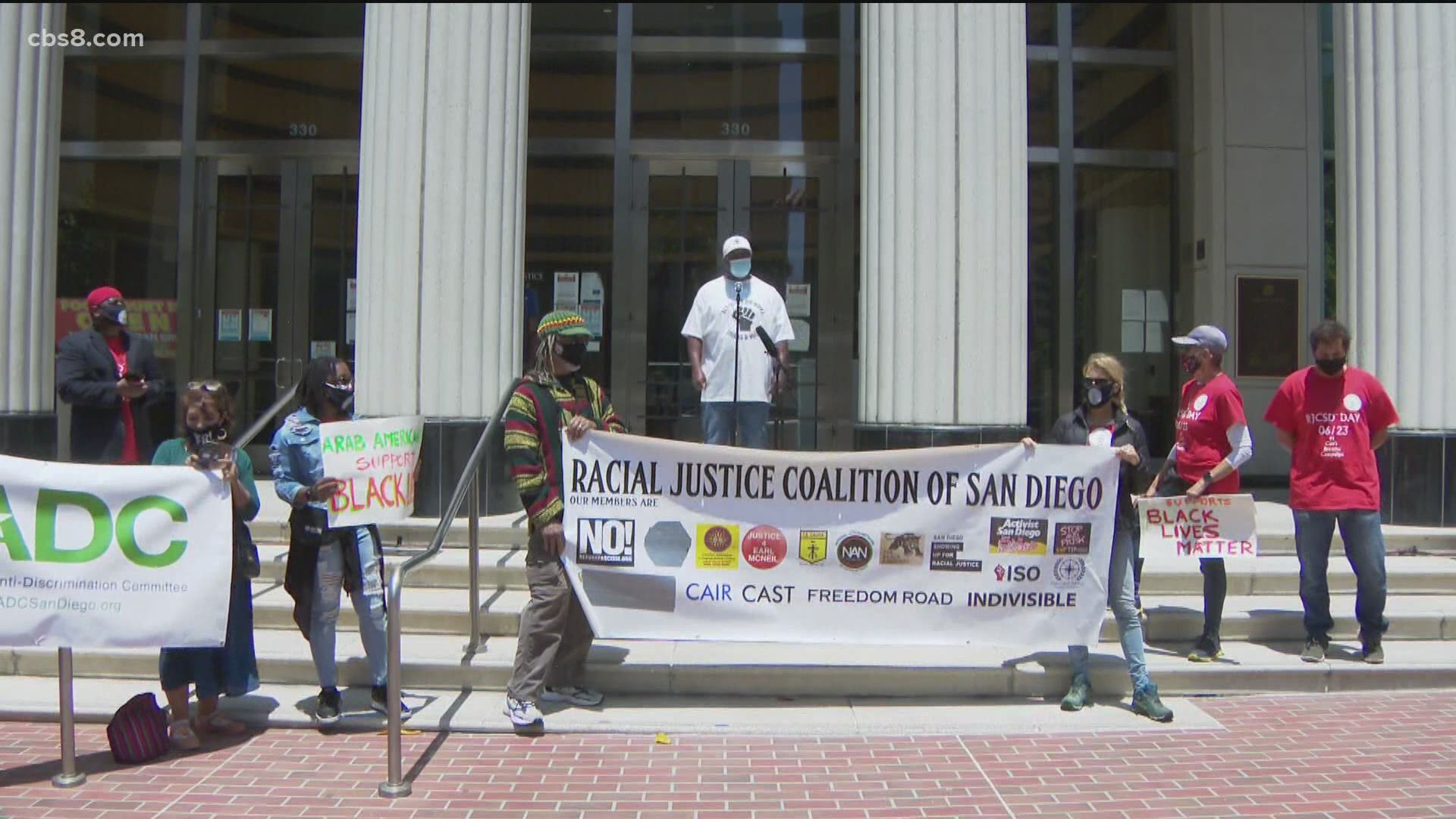 “Demand that Summer Stephan prosecute rogue officers or simply resign. She’s been in office for a while now, and nothing has changed in the prosecution of rogue officers. She needs to be an attorney for all people and not just for the police unions,” said Buki Domingos, Racial Justice Coalition of San Diego.

The RJCSD rally was held outside the steps of the Hall of Justice downtown demanding justice for loved ones they say were shot and killed at the hands of law enforcement.

"When my brother got killed, I learned a lot, he didn’t deserve to die like that,” said Anthony Carolino, who says his brother Dennis, who suffered from mental illness was shot seven times by a San Diego Police officer.

Victim's families came with detailed signs and accounts of wrongdoing they say they experienced, and they don't feel the D.A. acted in fairness.

"All of us have had the system fail us in this building,” said Yusef Miller of the North Equity and Justice Coalition.

Downtown today, The Racial Justice Coalition of San Diego held a Rally calling for the resignation of the San Diego County District Attorney Summer Stephan, claiming she has failed to prosecute any officer for their part in the deaths or injuries of many victims. @CBS8 pic.twitter.com/b8SYHletwn

To honor the lives of loved ones wronged by the criminal justice system, the group held a moment of silence for five seconds and called for ending racial discrimination.

“We got to continue in that spirit that love has no borders, but when people are wrong, like the D.A., like the sheriff, and like the racism that we see in the in the system, we got to stand up to it,” said Enrique Morones, Executive Director of Gente Unida.

The group also called on unity for Palestine and Israel.

“We all deserve health, and we all deserve safety,” said Doris Bittar, Professor and President, SDD Chapter of the American-Arab Anti-Discrimination Committee.

The rally cry was to prosecute all non-law abiding officers.

“When I see the police, and the way that they operate now, I see the same thing in the way that I used to operate when I was a gang member,” said Curtis Howard, Chairman, All of Us or None.

Howard says he was a documented gang member and one of the first to join the San Diego Crips.

“They took me to be held responsible for the crimes that I committed yet no one is holding them accountable,” he said.

In response to the rally calling for her resignation, the San Diego County District Attorney's office emailed, "We do not have a statement or comment for attribution."