Vista homeowners fight to get repairs to sinkholes from drainage pipes

It's a homeowner's nightmare: a torrential flow of water running through your property turning your back lot into a giant sinkhole. 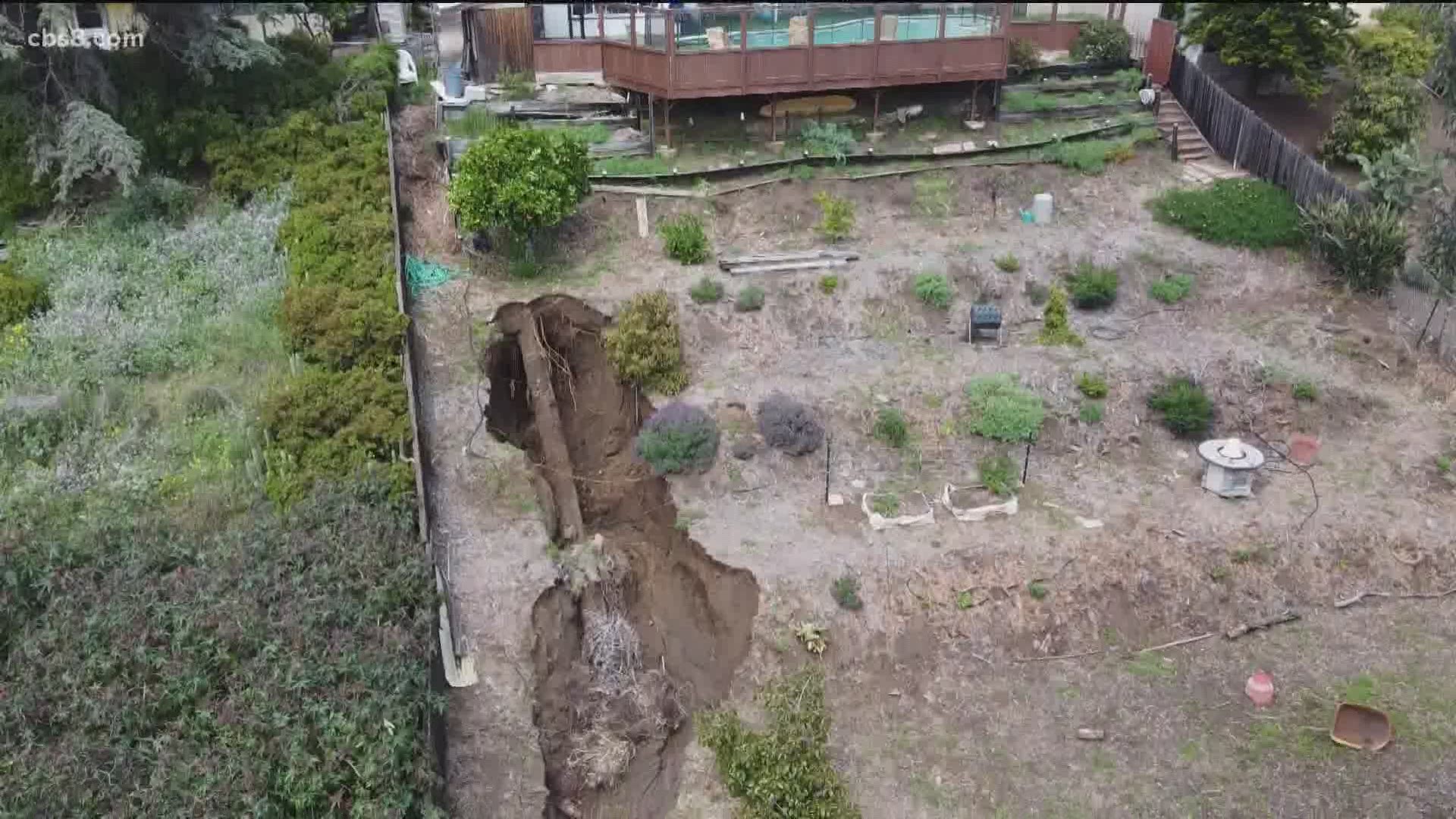 VISTA, Calif. — Some Vista homeowners say old drainage pipes are turning their properties into massive sinkholes which get worse every time it rains. But there's a question of who is responsible for the damage: the property owners or the city?

It's a homeowner's nightmare: a torrential flow of water running through your property turning your back lot into a giant sinkhole.

“It kind of grew from a small hole to a three-foot hole, to four-foot hole to this,” said Damien Lopez.

Lopez bought his home in Vista five years ago. At the time, he had no idea what was lurking underneath.

“I had noticed a small hole had developed and thought it might've been gophers or something,” he told News 8.

But it was a 70-year-old storm drainpipe draining water from a city stormwater drain down through the descending neighborhoods. The main problem is that the pipe is completely deteriorated. So, when a storm hits, as it did in April, his property and others were put in jeopardy.

“It probably tripled in size that last storm and we were actually afraid the whole house would be coming down," Lopez said.

News 8 received the following statement on the issue from the City of Vista:

"The property owner’s home was built pre-City incorporation (1963).  The developers sought and the County of San Diego allowed the developers to build the storm drain systems in question.  When the developers sought to give these stormwater pipes to the County of San Diego, and make it the County’s responsibility to inspect, maintain and repair them, the County refused. When the City of Vista incorporated, the City inherited the County’s past decisions. Because the County refused to accept the pipes, the pipes were not considered public pipes. These pipes are all buried underneath the ground on private property. Therefore, the City has no legal right to access the property, and thus, has never inspected, maintained and/or repaired these pipes."

“That drain is a city drain, it's on the street and maintained by them,” said Lopez.

He said he just wants a safe place for his 2-year-old-son Diego to play in without worrying about a landslide.