Brush fire breaks out near Palomar College in San Marcos

Firefighters said they have halted the forward rate of spread of the brush fire. 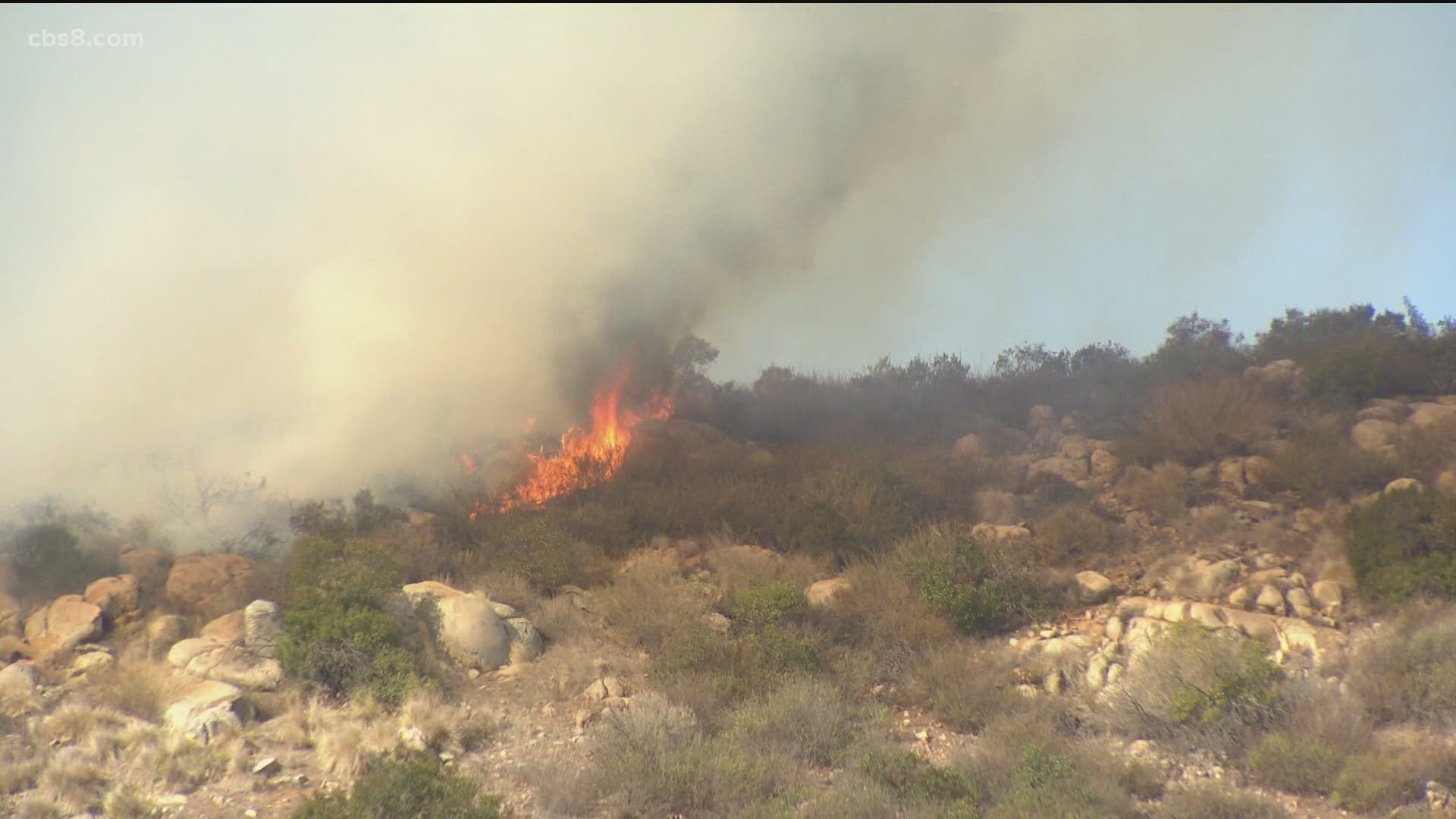 Fire cause: Under investigation

"The fire is holding out 40 acres due to an aggressive air and ground attack," said Jason Nailon, San Marcos Fire Marshal.

Firefighters are still investigating how it started and are following up on leads.

"We we're told that homeless was in the area, but that hasn't been founded yet," said Nailon.

Some areas are Under red flag warning and crew will be out there for some time making sure the fire doesn't flare up.

Palomar College Vegetation Fire Update: Forward rate of spread has been stopped. Evacuation warnings will be lifted shortly. Units will remain on scene through the evening. @sanmarcoscity @SDSheriff @PCPDBlue

A brush fire that broke out Thursday afternoon in the area of Palomar College in San Marcos has grown to about 30 acres and is threatening structures, according to San Marcos Fire Department.

The fire broke out just before 1 p.m. in the 1100 block of Mission Avenue, authorities said.

Crews said smoke is visible throughout the North County.