"My Love Affair with Hollywood" chronicles decades of lost stories from Tinsel Town. 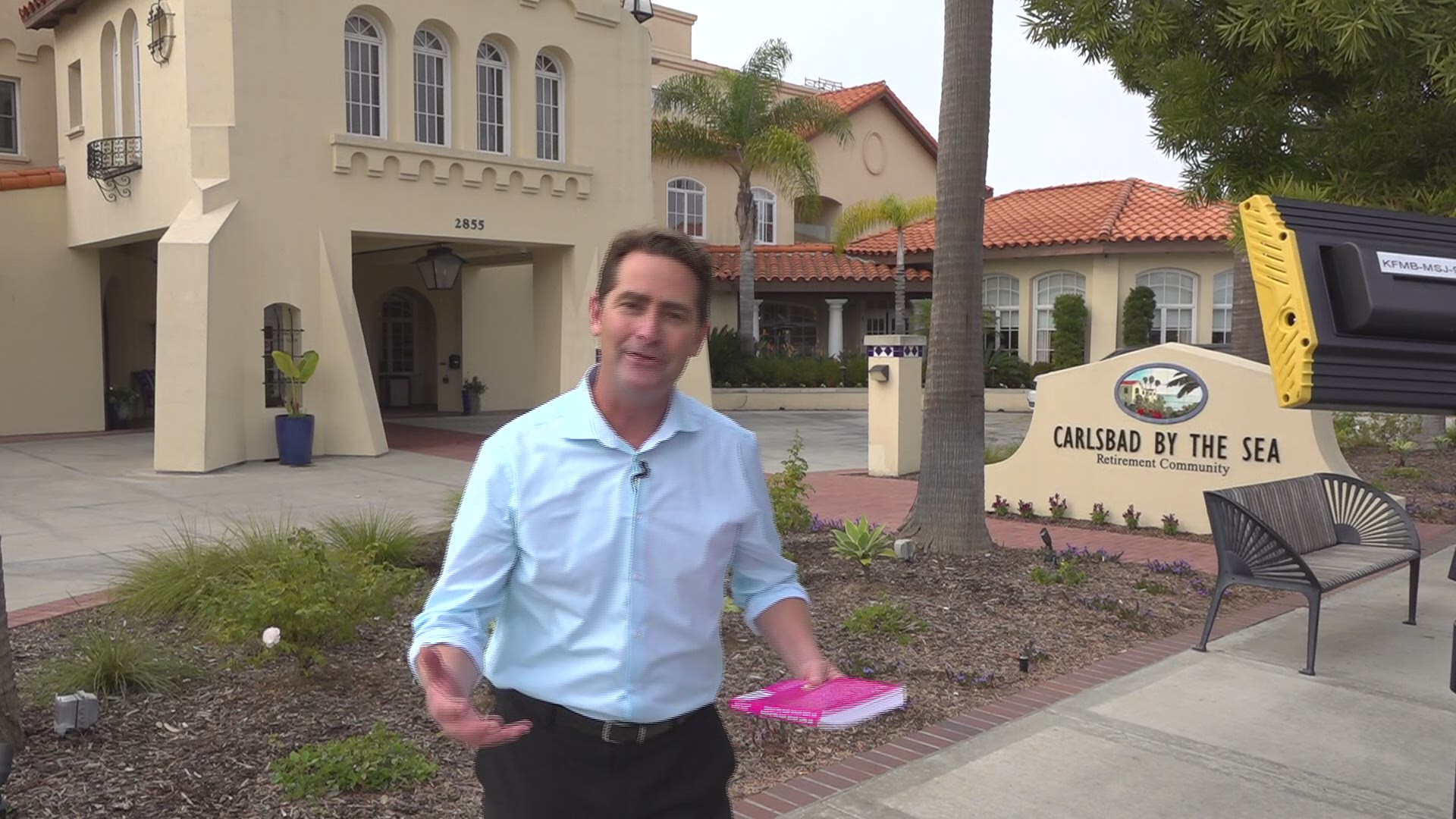 CARLSBAD, Calif. — For most of us meeting one celebrity would be the story of a lifetime, but a retired columnist in Carlsbad is sharing hundreds of stories from her Hollywood past. In this Zevely Zone, I went to Carlsbad for a walk down Tinsel Town memory lane.

"Who is this?" I asked while sifting through dozens of old black and white photographs with Jackie Epstein.

We met at Carlsbad by the Sea Retirement Community where Jackie showed me her newly published memoir titled 'My Love Affair with Hollywood'.

"I was born in Hollywood I'm almost ninety years old and I still get excited when a celebrity crosses my path," said Jackie.

Starting in the 1950's, so many celebrities did just that.

"Bing Crosby sang to me, I was in Bob Hope's house," said Jackie who told me her nickname was Miss Clean because celebrities could trust her.

"Very much, very much," said Jackie.

One time while writing an article for the National Enquirer, Miss Clean knew when and where director Ron Howard was getting married, but the secret stayed safe with her.

I asked Jackie, "Would you have made more money had you gotten down into the gossip?"

She told me, "Oh yes, I would have made three or four times the amount, but money has never meant that much to me it wasn't to my husband either."

Jackie's husband Robert Epstein was also a well-known writer. She showed me a picture of him.

"That is Robert with Vice President Hugh Humphrey," she said.

Together they raised four children while rubbing elbows with Hollywood's elite like Milton Berle.

"I thought she was one of the most intelligent women I have ever met," said Jackie who also interviewed Walt Disney.

"He was a gentleman," said Jackie.

RELATED: Children's book written for anyone who has lost or loved a pet

I asked Jackie if she ever met a rude celebrity.

"Oh god yes, do I have to go into that?" said Jackie. Her book describes the time comedian Don Rickles left her in tears.

"His form of humor is to insult." But her book's pages are mostly filled with the hundreds of other celebrities who were wonderful.

"We became buddies. I mean I just treated them like a friend," said Jackie.

"Linda Gray was one of the friendliest actresses I've ever worked with."

Jackie turns 90-years old in April and wrote "My Love Affair with Hollywood" to spread some joy during the pandemic. If you've got time for a few stories from the past, Miss Clean is coming clean with all of her favorites.

"Everybody has a story. Everybody," said Jackie.

If you'd like to read "My Love Affair with Hollywood", the memoir is available on Amazon.  Click this link for information.