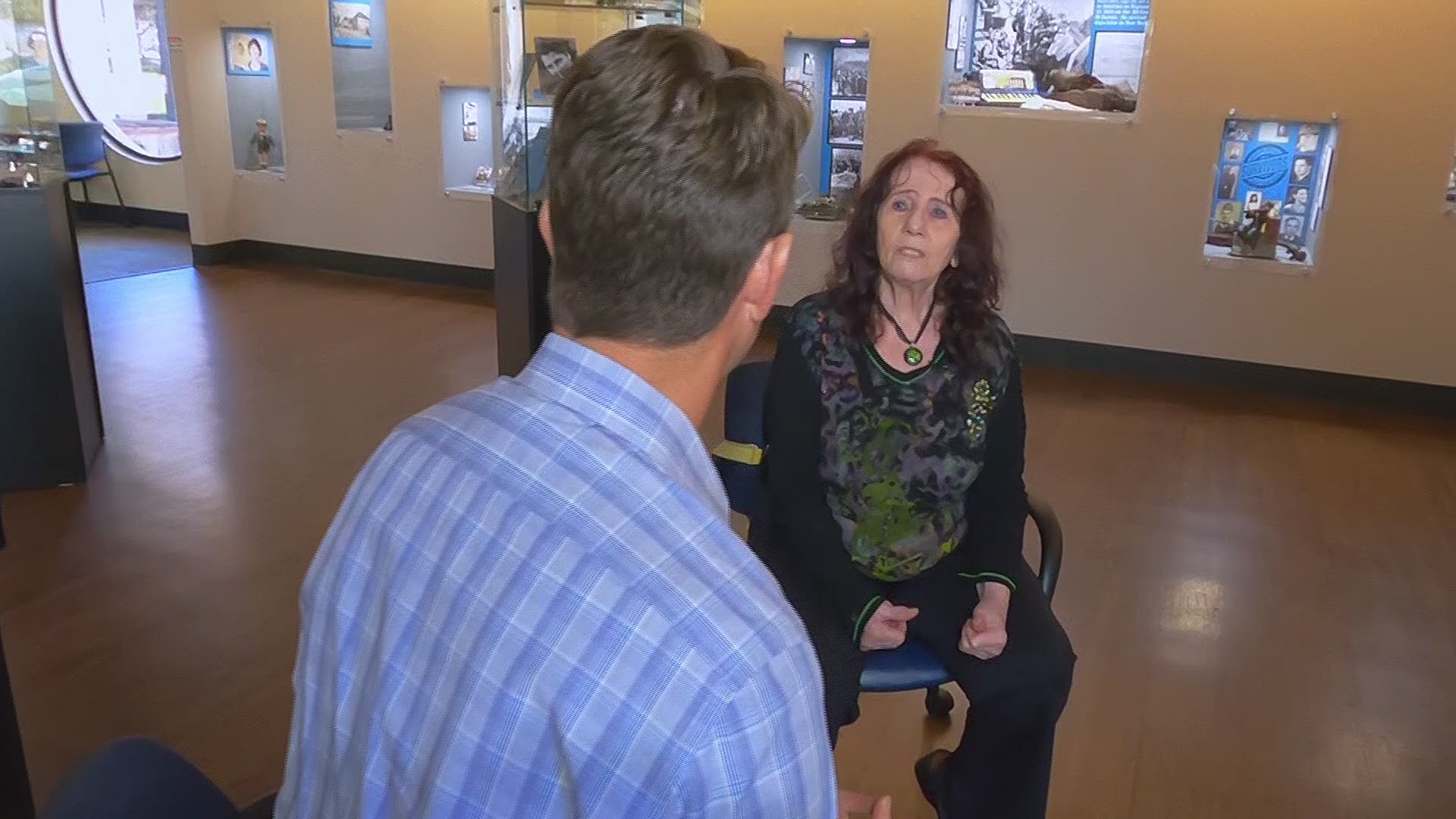 The Chula Vista Library is the home of a new exhibit called RUTH: Remember Us The Holocaust.

In this Zevely Zone, I met one of the South Bay survivors featured in the exhibit Ursula Israelski.

"I was three when we left," said Ursula, who is 83 years old. In 1939, Ursula and her mother fled from Germany to Belgium to hide from Nazis in an attic.

"I had the whooping cough and my mom said, 'don't make noise, you're not supposed to make any noise.' She tried to cover up my crib and it made it worse because there was no air to breathe," said Ursula.

They lived in that attic for three years until the Nazis found them.

"[In the] middle of the night, a knock at the door and they said, 'Auf machen auf machen!' [which means] 'Open the door. Open the door,'" said Ursula.

Her mother was taken to Auschwitz and at the age of five, Ursula bounced from one group home to another with no one to protect her.

"When I was eight I was taken to a private home in the countryside and I got sexually abused," said Ursula.

Ursula's story, along with those of other survivors, is on display thanks to Sandy Scheller. Opening January 12, 2020, the exhibit will feature Holocaust survivors that settled in the South Bay. The exhibit will have monthly activities that feature speakers about the Holocaust, documentaries, featured books and activities.

"This is what she wore two days before going into the concentration camp," said Sandy.

Sandy's mother Ruth survived and together they collected documentation of the Holocaust.

"It talks about the fact that this Nazi woman admitted to what she did in Auschwitz," said Sandy showing me one of the documents.

The exhibit will remain in Chula Vista throughout 2020.

"It speaks to the will of human survival," said Chula Vista Mayor Mary Salas who shared the importance of remembering.

"The memory should never fade because it's so easy for a government to incrementally make changes that people don't realize what's happening and the horrors that can happen if you are not paying attention to what's going on," said Mayor Salas.

The exhibit is filled with pictures and proof because survivors say there is no greater insult than saying this didn't happen.

"I listen to it, I swallow it and I move on," said Sandy.

As for Ursula, she found her mother at a hospital after the war.

"She didn't have any hair, she weighed like 58 pounds, and they said that is your mom over there and I was afraid to go over there," said Ursula.

Ursula's mother was taken to Switzerland and she never got to say goodbye.

Ursula is blessed with two children a daughter and a son. At the age of 83 she listens to classical music, does ballet, and exercises. She is a volunteer at the Chula Vista Civic Branch Library stocking the books.

Schools are invited to visit the RUTH: Remember Us The Holocaust exhibit. For information, go to chulavistaheritagemuseum.org/ruth-exhibit.