'Houdini the Husky' gets adopted by a famous Las Vegas magician

After the escape artist dog has been returned to animal shelters seven times, everyone hopes that 8 is his lucky number. 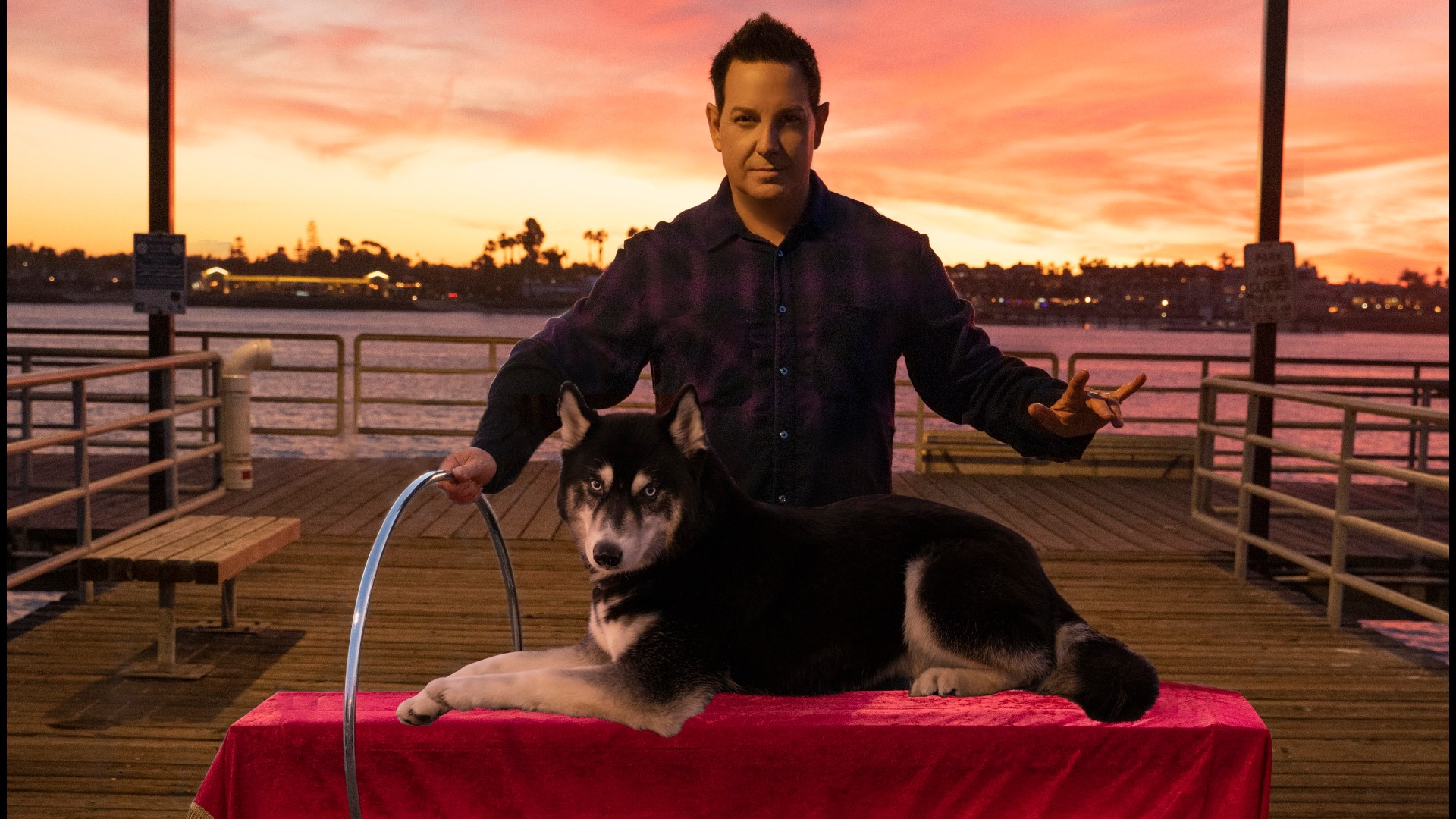 CARLSBAD, Calif. — Somebody must have waved a magic wand, because 'Houdini the Husky' went from being an unwanted shelter dog to the star of the show.

In this Zevely Zone, I visited the county's Carlsbad shelter for a feel-good follow-up.

"Houdini and I are going to have an amazing life," said Steve Wyrick a headlining Las Vegas magician." I was just looking at my newsfeed one day and scrolling through the stories and it said California husky dog adopted and returned seven times," said Steve.

Our initial story about 'Houdini the Husky' was viewed by hundreds of thousands of people. More than one hundred people applied to adopt the husky. That included Steve who is a master illusionist known for making the greatest escapes on earth.

So adopting a dog named Houdini? "You couldn't have a more perfect best friend for me, right? I mean this was written in the stars," Steve said.

Donald Davis from the San Diego County Animal Services asked us to help Houdini find a home a few weeks ago. He told us the story was picked up nationally and published online by People Magazine.

"I am just amazed. I didn't think in a million years Houdini would get adopted by a magician. Who could predict that?" said Donald.

Houdini's icy blue eyes made the phone ring with adoption requests from across America.

Steve flew in from Vegas and got lucky. He adopted Houdini a few days ago and just walking around San Diego, people have been treating them like stars. "They said' 'beautiful dog what's his name' and they said this, 'isn't the dog that's been adopted and returned seven times.. it is', and I said it absolutely is," said Steve.

Houdini once escaped from a second story window. Steve says he has the perfect property in Las Vegas for the husky to burn off steam. "I have a large acreage almost two acres that are fenced in. There is also a lake by my property, so I plan on doing a lot of jogging and walking with Houdini," said Steve. "I am going to give him a magical life."

RELATED: Dalmatian Driver: This monster turns into an angel around animals

The real trick will be watching a famous magician make Houdini vanish forever from the county shelter and never reappear. "Since he loves to escape so much maybe he can teach me some new tricks," said Steve.

Steve said he will not include Houdini in his act. He wants his new best friend to sit back and enjoy the show. If you'd like to follow their journey, click here for a link to Houdini's new Instagram page.