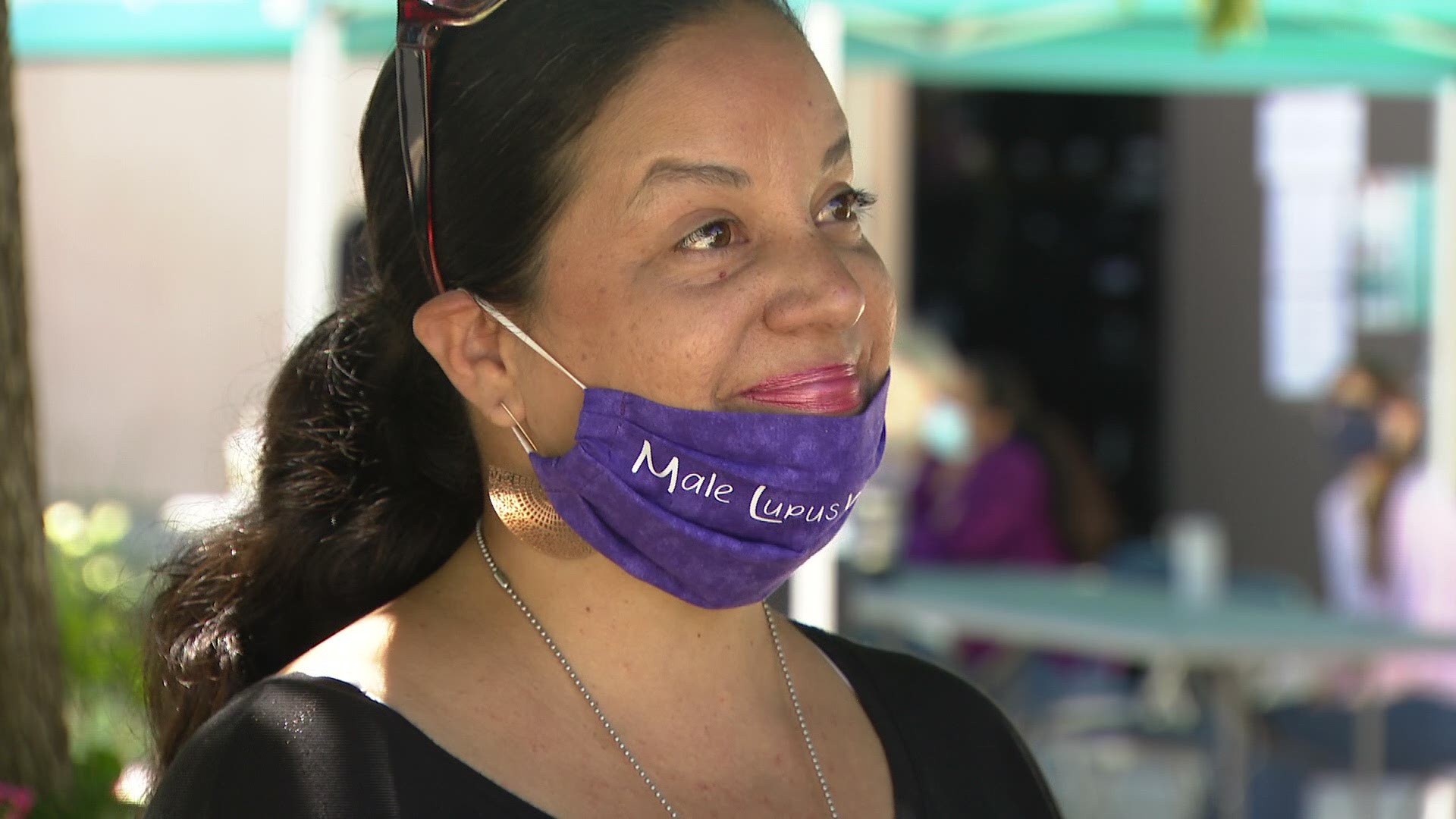 SAN DIEGO — As our nation continues to reflect upon the need for societal changes, community leaders call this an opportunity to share a new voice.

In this Zevely Zone, I went to San Diego Miramar College for "Hugs and Bags" of love.

I was met by the founder of the non-profit organization Hugs and Bags who appears to be carrying the weight of the world.

It was a happy day at San Diego Miramar College. The campus is filled with volunteers ready to pass out 400 meals and yet.

"There is a huge disparity in the black and brown community even now," said Jacqueline who can't help but see inequity in America as cars filled with hungry families line up.

She started to cry and said, "I'm hurt but I am also grateful and happy."

Jacqueline said the issues our country is facing are complicated, just like her story. At 13-years old, Jacqueline immigrated to the United States from Panama and was welcomed by homelessness.

"It's scary, it's hurtful, it's frustrating," said Jacqueline.

She learned English and legally became a citizen. As she watches her fellow Americans protests across the country, she said it's extra emotional for her because she's bi-racial.

"Black, Spanish and white," she said.

Jacqueline said all lives should matter because she's struggled to fit in with her own family.

"Not being white enough in a lot of cases. Being too light when I am among my other side of families," said Jacqueline.

Hugs and Bags announced this drive-up event just a few days ago and behind us were hundreds of families are lined up for free food at Miramar College.

"It really helps a lot," said Sheida Taleban who waited close to an hour to gather food for six people in her household. "I lost my job because of the quarantine and the whole COVID-19 and we had trouble proving for out family."

In the past two months months, Hugs and Bags has handed out more than 15-thousand meals.

"It makes me feel good it makes me feel like I have done something for someone," said Jacqueline who believes toiletries, clothing and food are human rights. "That's the main reason that I am doing this if I had millions of dollars I would contribute that way."

Instead Jacqueline smiles and cries and because there are no easy answers she simply tells everyone: "To love each other, to love each other. Humanity that is what it is all about."

If you'd like to volunteer for Hugs and Bags or send the non-profit organization a donation to help those in visit their Facebook page.

RELATED: Parolees need a 'Second Chance' and so does America