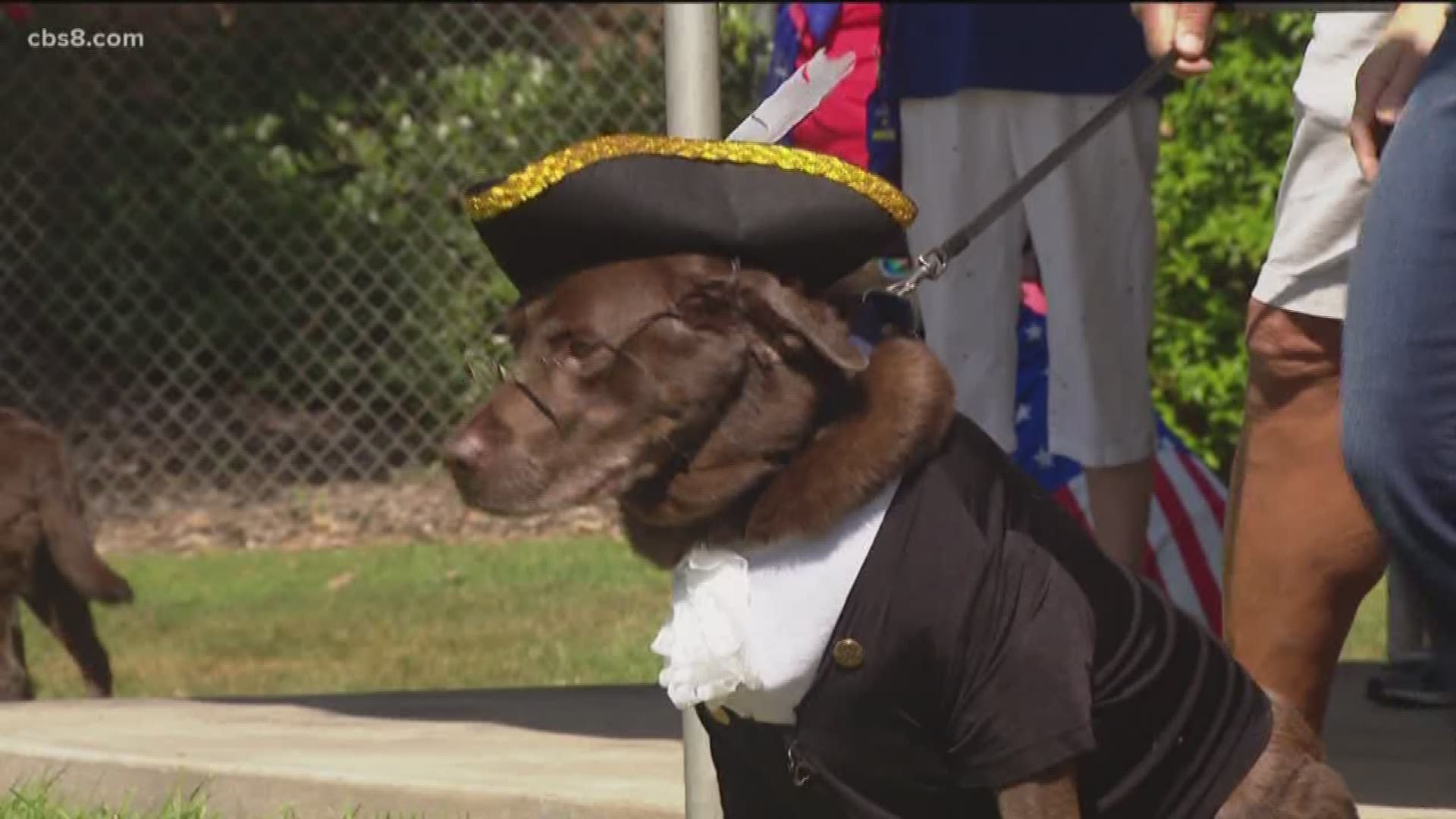 SAN DIEGO — This year marks the "Spirit of the Fourth's" 50th year celebration in Rancho Bernardo. The event includes a parade, car show, fireworks and fur.

Jeff Zevely from the Zevely Zone hosted the 9th Annual Larry Himmel Memorial Patriotic Pet Contest at Webb Park. The crowd gathered to watch the county's most patriotic dogs, rabbits and goats compete for the title.

"First of all, I want to say it takes a lot of guts to walk around with that little dog," said Jeff to a pet owner carrying a tiny dog dressed in a tutu.

"Well this is her first Fourth of July," responded the proud pet owner.

There were a lot of "firsts" on the fourth this year. It was pretty obvious the dogs didn't dress themselves up as Uncle Sam and Ben Franklin.

"It was challenging trying to find something to fit in his size," said the pet owner of a chocolate lab. On Independence Day, 8-year old Audrey, thought it best to lug her bulldog on a leash.

Audrey then explained, "His name is Bentley and he weighs 75 pounds. I only weigh 65 pounds."

This year there was a rabbit named Waffles and a little girl named Lela with her baby goat Lau.

"She is part of the Poway 4-H and she is a Nigerian Dwarf and I love her," said Lela with her eyes welling with tears.

We all love our pets, this country and a Grand Prize Winner which this year was Bentley the Bulldog.

"How does it feel to win?" asked Jeff.

Then Jeff asked, "How does it feel to lug this big dog around?"

Bentley loves freedom alright because at that exact moment he broke off his leash and started running.

"You better go get your dog," said Jeff as he capped off another wonderful day celebrating Red, White, Blue and Drool.

The day ended with the crowd saying, "Happy Birthday America!!"