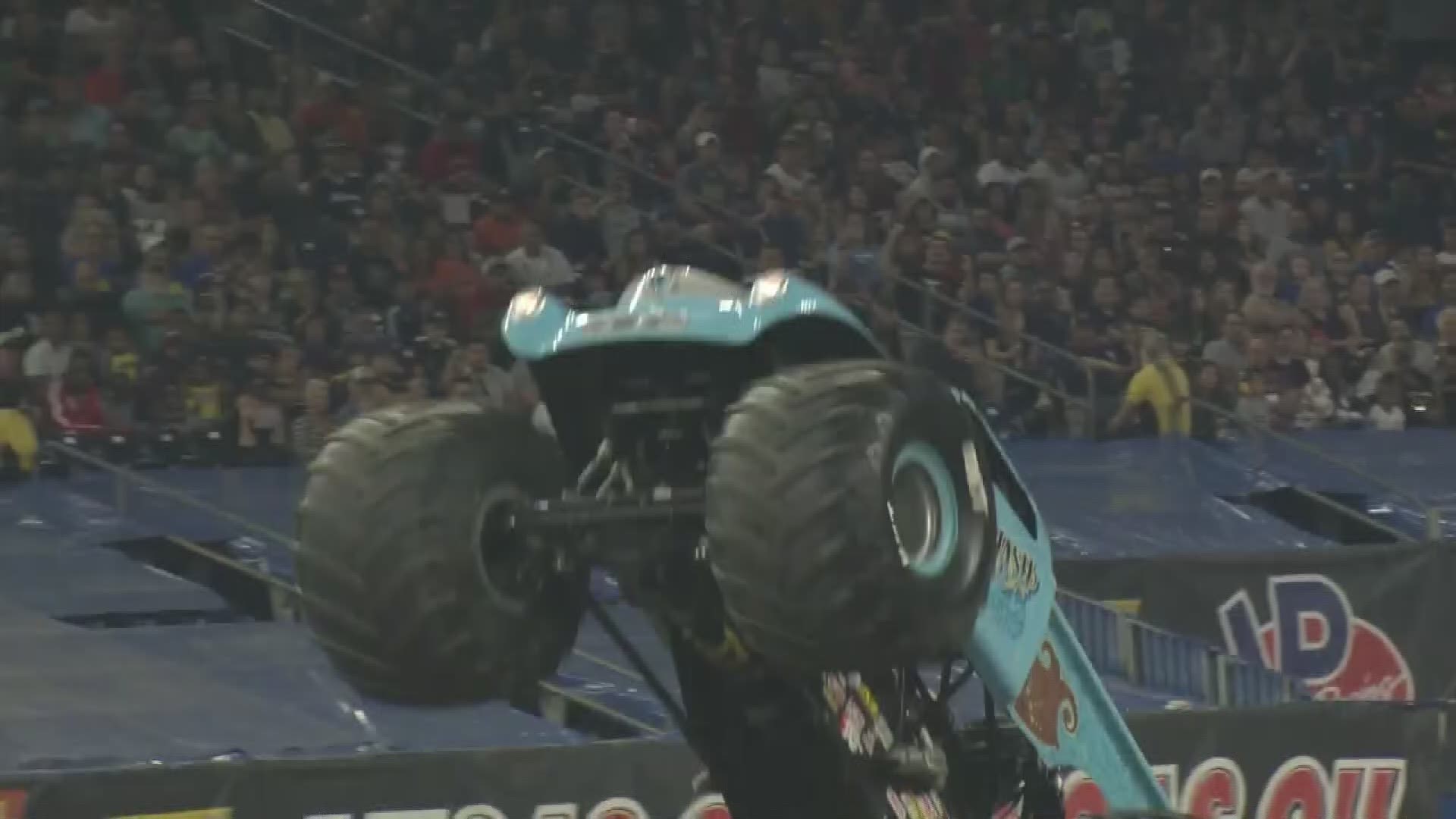 SAN DIEGO — So you say you can drive a 12-thousand pound Monster Jam truck, but how is your hair?

In this Zevely Zone, I went to Petco Park to meet a driver who can make you look good from start to finish.

Brianna Mahon's truck is called Whiplash and there's a reason why. You should see her launch her rig into the air with reckless abandon. Brianna started racing when she was two years old. "This is where I climb up in, I step on the four link bar, I step here and then a I climb on in," said Brianna while showing us her baby blue rig named Whiplash. Brianna's broken 18 bones in her body going big off of dirt jumps like the time she won her first ever stadium free style event right here in San Diego. "I did that huge back flip, and I was so excited," she said with a grin.

When Brianna wasn't cutting up the track, she enjoyed cutting hair at her salon called DC Country Kutz in Illinois. "When did you first discover perfect hair?" I asked.  Brianna replied, "Honestly, I've always loved cutting hair. I've always loved doing my Barbie's hair." Brianna recently sold her salon and moved the Florida but still offers free color and cuts to her crew. "This is the one you can see the Monster Truck in the background that is one of the crew girls and we spent three days giving her mermaid hair," said Brianna while showing me pictures on her phone of hair styling.

In case you're wondering, yep, she does the guys hair too. "He hadn't had a hair cut in months. Ha, ha," said Brianna talking about her crew member called Fry Daddy. He only got half a hair cut because Brianna had to stop and go drive. Then she returned to finish the job. "And he does this little turn around slow mo, ha, ha, ha," said Brianna who is proud of the cut she gave Fry Daddy. "How are the tips?" I asked. Brianna laughed and said, "Yeah, I just get a lot of 'thank yous' but that's okay."

Brianna's new crew chief Steve Leschinsky is about to get a new look and doesn't even know it.  We asked him to take off his hat. "We'll work on it, we'll work on it," said Brianna. I then asked, "What would you do for Steve?" She said, "You never know until you get you hands in their hair what you are going to do."  As for me, Brianna says she would either give me a mullet or as she said, "Maybe a mohawk?  Give him a mohawk and make him look a little tougher." That would definitely do me some good.

And if she had to pick between the perfect jump and perfect hair? "The perfect jump for sure, my hair is always a mess so I just like making other people's hair beautiful," said Brianna.

Brianna says her pre-show ritual includes saying a prayer then putting her foot to the floor. Monster Jam returns to Petco Park on February 15.

For event or ticket information go to www.monsterjam.com.