The MoMM will share four new galleries with the public on Tuesday, June 15th. 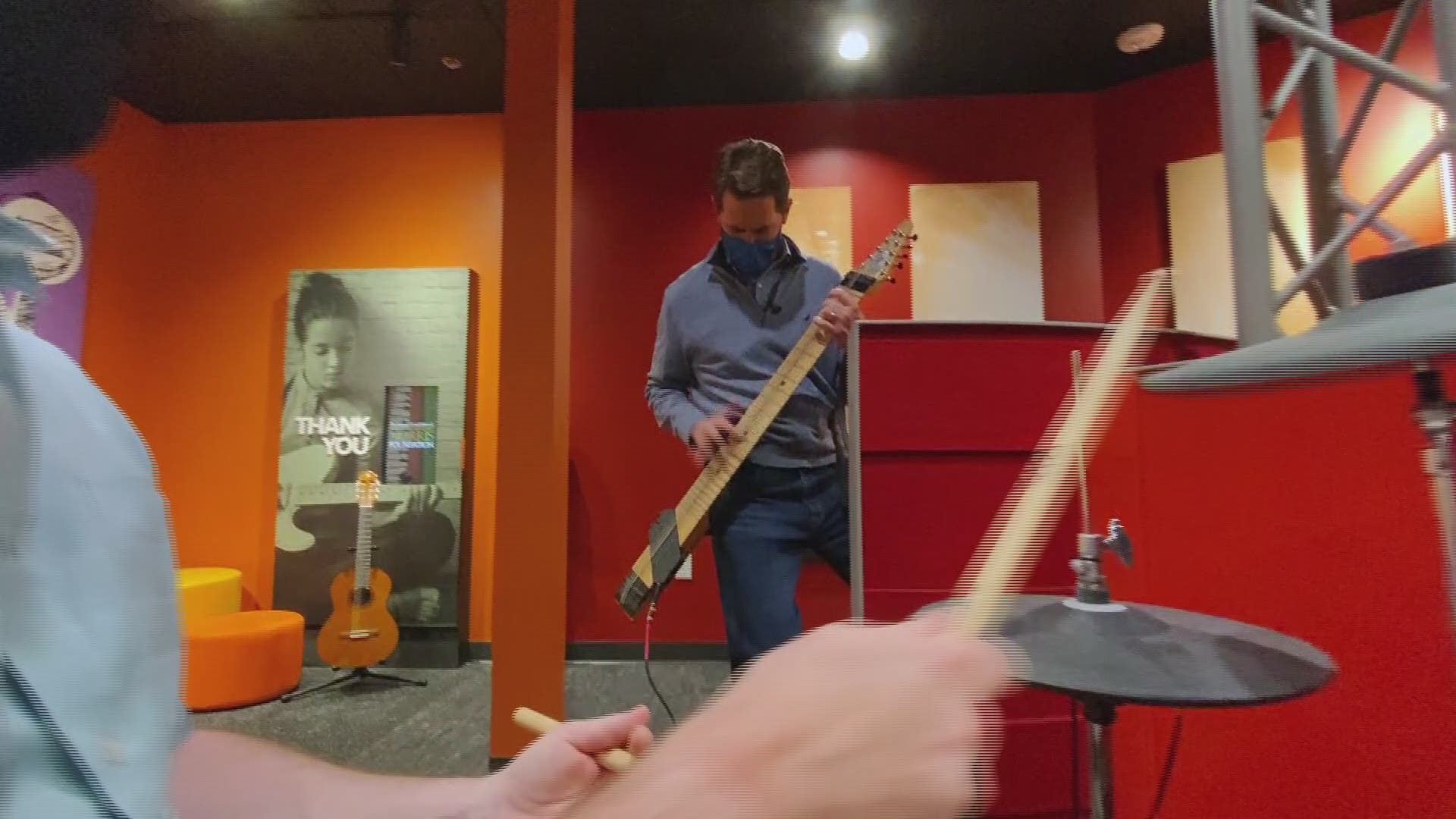 CARLSBAD, Calif. — Just because a business might have been closed for the past year, doesn't mean it wasn't busier than ever. In this Zevely Zone, I went to Carlsbad to make music. After several years of planning and a recently completed remodel, NAMM’s Museum of Making Music will celebrate its grand reopening to the public on Tuesday, June 15th.

B.J. Morgan, the museum's marketing director gave me the first media tour.  We entered a marvelous, dark room where we were surrounded by images of musical greats.

As the only museum of its kind in the world, the new MoMM welcomes visitors from near and far on a journey of musical exploration and discovery as told through instruments, artifacts, and multimedia displays featuring video stories, photographs, performance clips, and interviews.

No matter your age or place in life, music is for everyone. Just like an artist coming out with a new album, B.J. said the Museum of Making Museum is ready to unveil its museum makeover.

Everything there is new. The walls, the paint, the carpet.

The museum known as the MoMM is reopening for the first time in a year with four new galleries.

I found my way over to some DJ turntables.

"You're going to hear that in a Dr. Dre song," I bragged after mixing my own song.

B.J. is a drummer,  but he can teach anyone a one-finger ukulele chord. The MoMM can show anyone how to play an instrument with no wrong notes.

"I can put my finger basically anywhere," said B.J. while playing another beginner instrument.

"I have no idea what I am doing. Everything I play it sounds good to me anyway I'm having fun," said B.J.

RELATED: The accordion is making a comeback at the Museum of Making Music

Visitors will have so much fun, they might not realize, they're learning about science, technology, and math. If you're looking to shake things up at a place that moves to the beat of its own drum with history, culture, and fun, the Museum of Making Music awaits.

Beginning Tuesday, June 15, the Museum will be open to the public under the direction of state and county health protocols. For information click here.