Jeff Zevely from the Zevely Zone was invited to a home in University City where thousands of hikers sleep and eat before beginning their PCT journey. 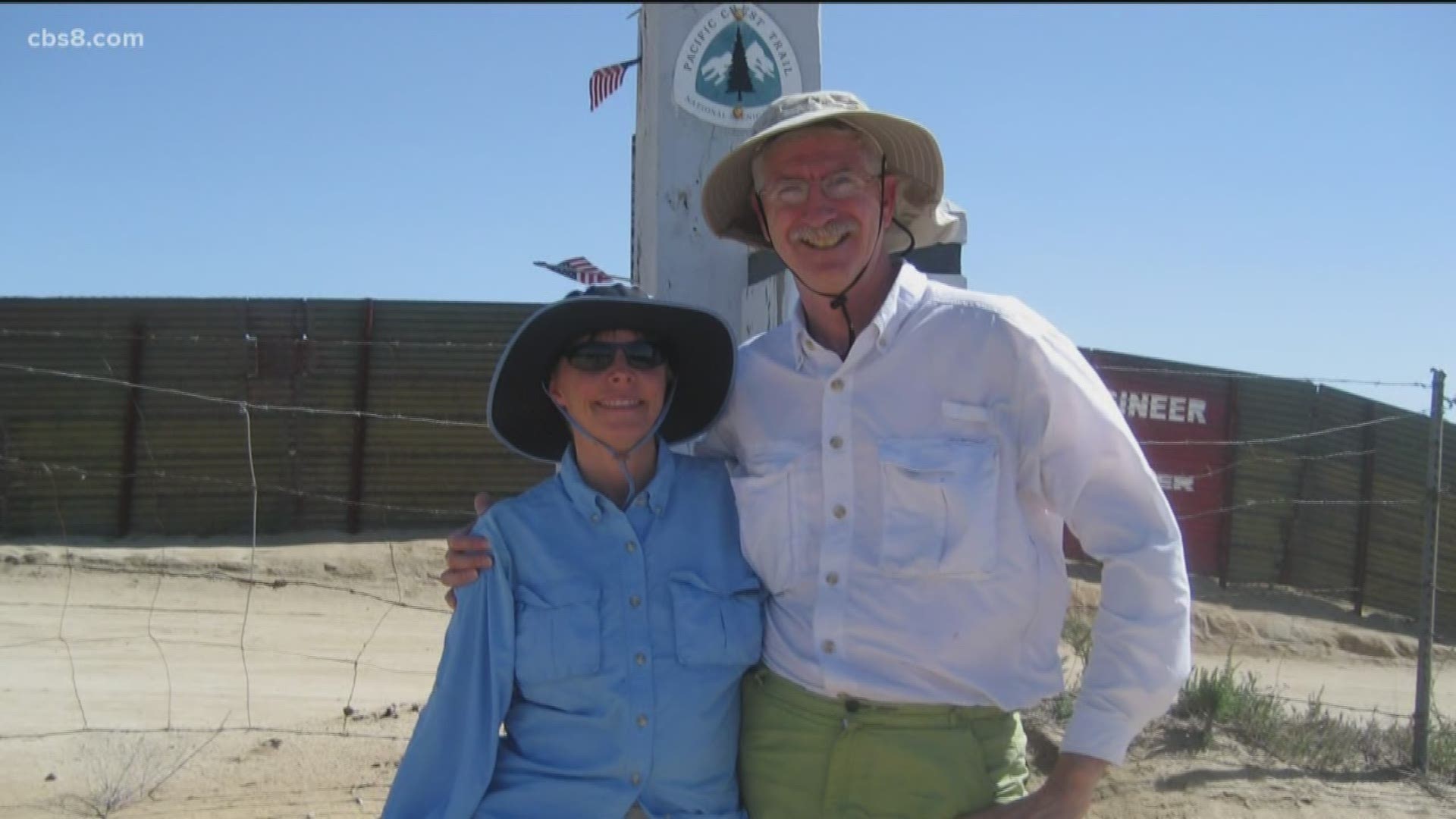 SAN DIEGO — For the next several months, News 8 will follow the story of a hiker as he travels from the Mexican Border to Canada along the Pacific Crest Trail. This week, Jeff Zevely from the Zevely Zone was invited to a home in University City where thousands of hikers sleep and eat before beginning their PCT journey.

"You're about to meet two people unlike any homeowners you've ever met, let's start with the fact they let 1,100 strangers spend the night at their house last year alone," said Jeff Zevely as he stood outside the two story home.

Jeff watched strangers walk down the street and wander into the house, so he decided to knock on the door.

"Who is it?" said a hiker opening the door.

"It's Jeff. Wow, that's a lot of people" said Zevely as he spotted dozens of of people inside.

Jeff grabbed his camera and wandered in himself to find twenty people getting ready to eat dinner. The hikers all said hello.

"My name is Carol I am from France."

"My name is Brett and I'm from Germany."

Friday morning, all of the people Jeff met will begin hiking the Pacific Crest Trail. It's a 2,400-mile trek that stretches from the Mexican Border to Canada.

But Jeff was not there for the visitors. He went to meet Barney and Sandy Mann.

"Why do we do this? We do this because we can," said Barney while wearing a chef's hat as he cooked enough food for an army.

The married couple lets many people crash at their house.

"We do it because when my wife and I hiked in 2007, we had so much kindness. We were out there for five months. We looked like homeless people and time after time after time people we never knew helped us out some way," said Barney.

In their backyard, you'll find tents and more hikers.

"My name is Emma I am from France," said one.

They were busy packing supplies and hoping to get a good night's sleep before a long journey.

One night Barney and Sandy had 65 guests in a house with two bathrooms and decided it would be best if everyone brushed their teeth in the garage. They offer ten different types of toothpaste. The Manns are not only giving but trusting.

"Over 14 years, we've had 6,000 people stay here and never has anything been taken. I never worried about that," said Barney Mann.

But Barney and Sandy do worry about hikers on that challenging trail.

"In many ways, it feels like we are sending our children off on a grand adventure," said Sandy.

The husband and wife took the same five-month adventure with special trail names:

"So he is Scout and I am Frodo which doesn't make a lot of sense," said Sandy with a chuckle.

Their neighbors all seem to support this cul-de-sac of comfort that refuses to tell anyone to take a hike. In fact, the Manns only asks for one thing in return from the hikers.

"No donations. No charge. No gifts please. We do this because we can," said Barney. "I wish there was more kindness in the world."

The Manns not only allow the hikers to sleep and eat at their house for free, they provide a ride to the trailhead which is 60 miles from their home at no charge.

For more information about the program go to their website.