In 2012, Mark Walsh got a blood clot that nearly killed him and paralyzed him from the waist down. In 2015, his wife was diagnosed with triple negative breast cancer 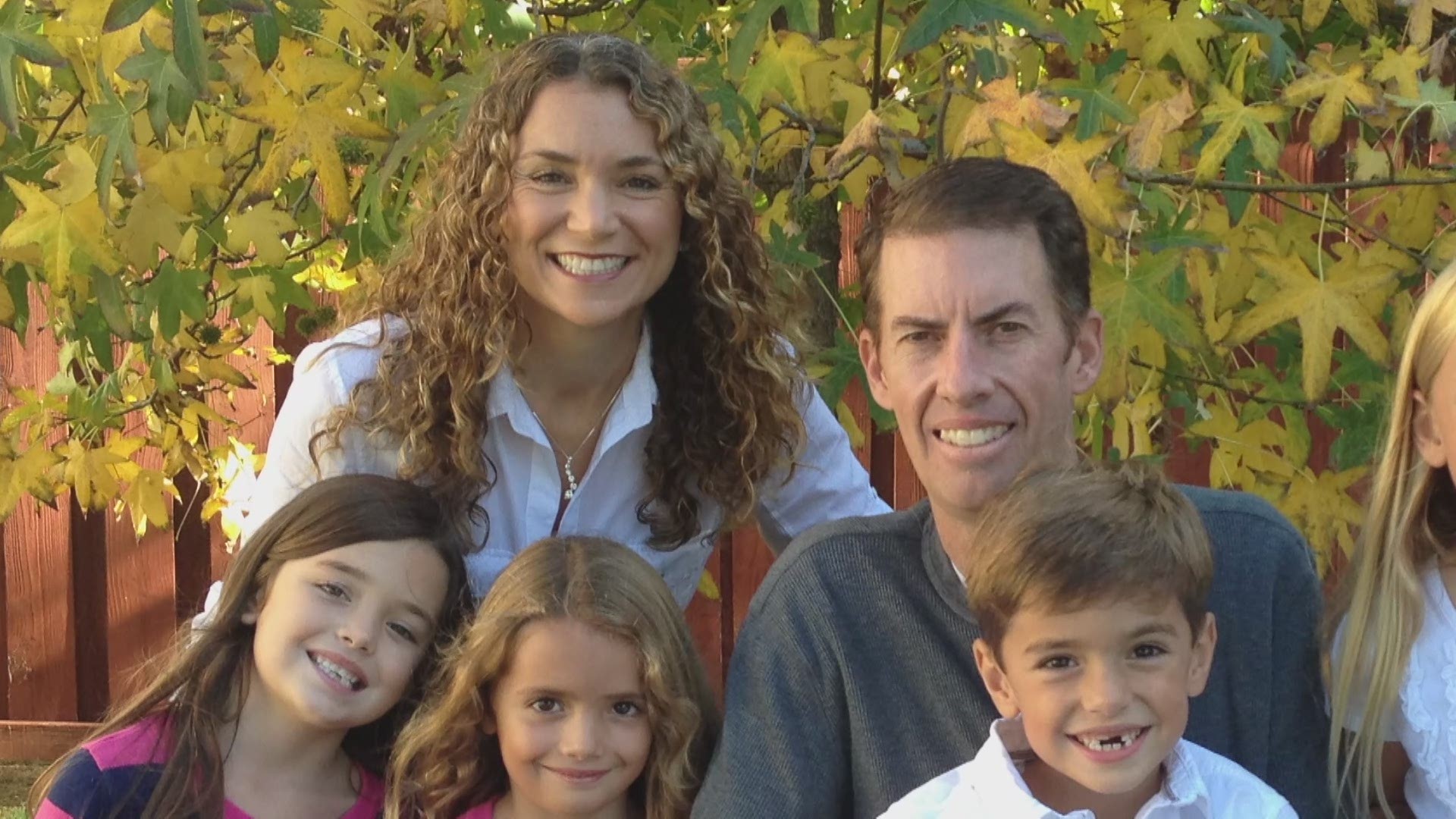 SAN DIEGO — October is Breast Cancer Awareness Month which means people across America are wearing pink to support the cause. In this Zevely Zone, I went to San Marcos to meet the Walsh family that continues to smile in the face of adversity. Theirs is a story about the strength of two parents.

She is speaking about what happened to her husband in 2012. Mark Walsh went camping with their oldest daughter when a blood clot put him in a wheel chair for life.

"When it happened, I just accepted it and said 'OK, this is my life now,'" said Mark at their home in San Elijo Hills.

RELATED: Register for the 2019 Susan G. Komen Race for the Cure

"I'd like to go back and point out that you nearly died," said Julie. "It blocked blood flow to his kidneys, his liver, his intestines and he was in the ICU for weeks and we didn't think he was going to make it so, at that point, I didn't care if he was going to be paralyzed I just wanted him to live."

As a result, Mark sustained kidney damage and now endures dialysis three times per week and is paralyzed from the waist down.

Three years later, it was Julie's turn for bad luck.

"Triple negative breast cancer -  kind of the worst one you could possibly have," said Julie.

Chemotherapy took her hair but not Julie's sense of humor.

"Here is me in the mountains with no hair," Julie said laughing at a picture of herself. "I look a little bit like Dr. Evil. Yeah, that's what I look like."

If anything was evil, it was the cancer that returned in 2017.

"[They said,] 'well, the cancer has metastasized to your lung you are now stage 4,'" said Julie.

Through it all, Julie and Mark have put their four kids first in every way.

She shared the ups and downs of what she called her "wig phase" with pictures she stores on her computer.

The middle school teacher may laugh now, but another phone call two months ago was anything but funny.

"[They told me] 'now you have cancer in your brain,' then you have to get back in the car with your kids and drive home," said Julie who was at 7-11 buying her children Slurpees when she received the bad news.

This past August, nearing the two-year mark of being "cancer-free", Julie began to have vision issues. Her oncologist ordered an MRI. The next day, Julie received the dreaded phone call, advising her that her stage 4 breast cancer had metastasized to her brain.

"Our driving force for both of us is our children. You know when you have four young kids you want to be there for them to see them grow up as adults," said Mark.

A community movement called Stronger Together: Rally for Walshes is helping the family pay $165,000 in medical bills not reimbursed by insurance.

Julie and Mark have four beautiful children who are counting on them:  Charley, 14, is a freshman at San Marcos High School and Ryan, 13, Cassidy, 13, and Elizabeth, 13, are seventh graders at Double Peak School.

Julie says she will continue to fight this awful disease in every way she can, as she has so much to fight for. Julie and Mark say they must focus on their four children who need their parents, without the additional financial burden that goes along with such serious health issues. These burdens continue to increase, as Mark is only able to practice law two days per week as a result of his own health.

Mark and Julie have shown their strength but the community wants to shoulder part of their load.

"I say to myself all the time, I wish I didn't need my village, but my village is pretty awesome," said Julie.

Supporters of the family recently wore pink t-shirts in support of the Walsh family at a fundraising dinner with food completely donated by Gregorio's Restaurant in Carlsbad.

A GoFundMe page has been launched that reads in part:

"Your support is needed and your contributions, no matter the amount, will make a difference. Please consider donating to this amazing family who has already endured so much and continues to fight for the sake of their 4 children. Mark and Julie especially ask for your continued prayers and positive thoughts."