The 'Gentle Giant' was a beloved therapy animal and loved by many. 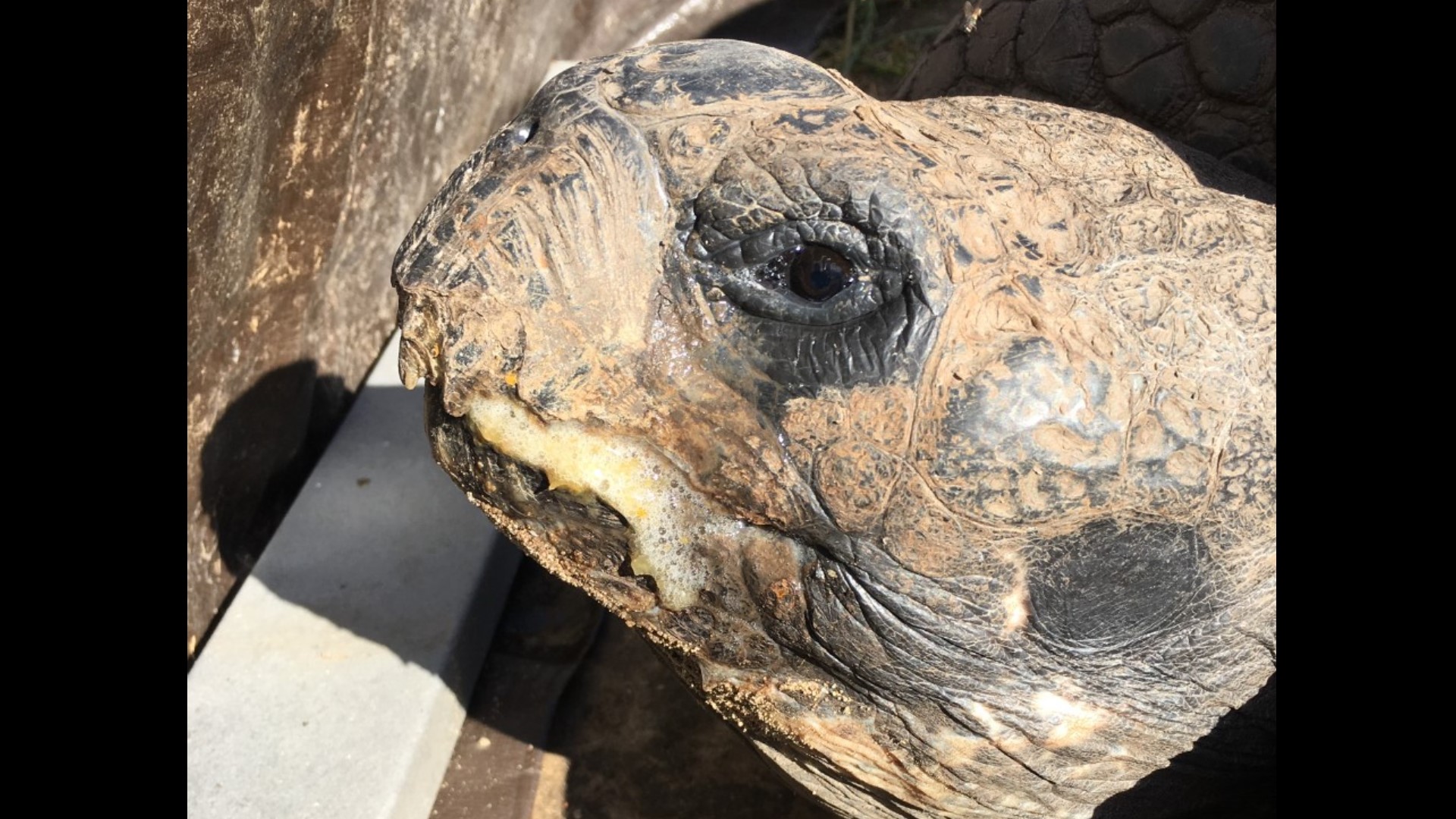 ENCINITAS, Calif. — The San Diego Botanic Garden wants to memorialize their beloved Giant Galapagos turtle with a commemorative bench. In this Zevely Zone, I went to Encinitas to say so long to Sam.

Sam, the Giant Galapagos Tortoise, who came to live at the Garden through an amazing set of circumstances and served as a therapy animal for many years to people with special needs, died on Nov. 5, 2020.

There was nothing typical about Sam's story from the start. "It gives me goosebumps that this all came together here," said Julian Duval, the San Diego Botanic Garden's President and CEO Emeritus.

Sam was the poster child for an inappropriate pet. In 1966, Julian's family adopted the tortoise in Chicago. "Sam was this big the first year, this big the second year, third year, fourth year... uh oh," said Julian.

When Sam got too big, Julian's family had to give him up and a lifetime later, Julian was shocked to see a photograph of Sam on the cover of the San Diego Turtle and Tortoise Society newsletter. After more than 40 years apart, Sam and Julian – who brought him home as a baby tortoise – were miraculously reunited.

"He was very special," said Julian's wife Leslie Duval. She was inspired to write the acclaimed children's book "Too Big To Lose: The True Story of a Young Girl's Friendship with a Galapagos Tortoise named Sam" which is available at the San Diego Botanic Garden's Gift Shop. All proceeds from the book directly benefit the Garden. "He was just such a special animal. He was almost human, he really was, he thought he human," said Leslie.

"He was a pet to me," said Kathy Duval with tears in her eyes. Kathy is Julian's sister. She was Sam's main caregiver. "He was my neighbor. We spent a lot of time together," said Kathy.

The garden is hoping to raise money to build Sam a commemorative bench. "He was a very popular tortoise so there is a lot of people that would like to have to have that for a remembrance for Sam," said Kathy.

When Sam reached his mid 50's, a heart condition took a toll. "We thought he was going live beyond all of us," said Julian.

Before he passed away, Sam needed a feeding tube and a ride to a vet clinic but how do you move a nearly 600-pound tortoise? "The Encinitas Fire Department," said Julian, "Six firemen came out here and put him in a stretcher and got him into his trailer so we could take him down there."

Julian says Sam was happy and comfortable in his final months. "It's truly like losing a family member," said Julian. Sam may have moved slowly, but Julian says he reminded all of us how fast life passes. "Value the time that we have because nobody knows how much time we are going to have," said Julian.

Sam was humanely euthanized on November 5th after a prolonged illness that was determined to be a heart condition. "Galapagos tortoises are known to be the longest-lived vertebrate animals and regularly live in excess of 100 years. We had always believed Sam would outlive all of the adults who were involved with him. This, of course, did not happen and while we miss him terribly, we are confident he enjoyed the life that he had, and it serves to remind us how we should also value and make the most of the time we have," said Julian.