It's not often you get to meet a legend in broadcasting. Jeff Zevely meets Shotgun Tom Kelly 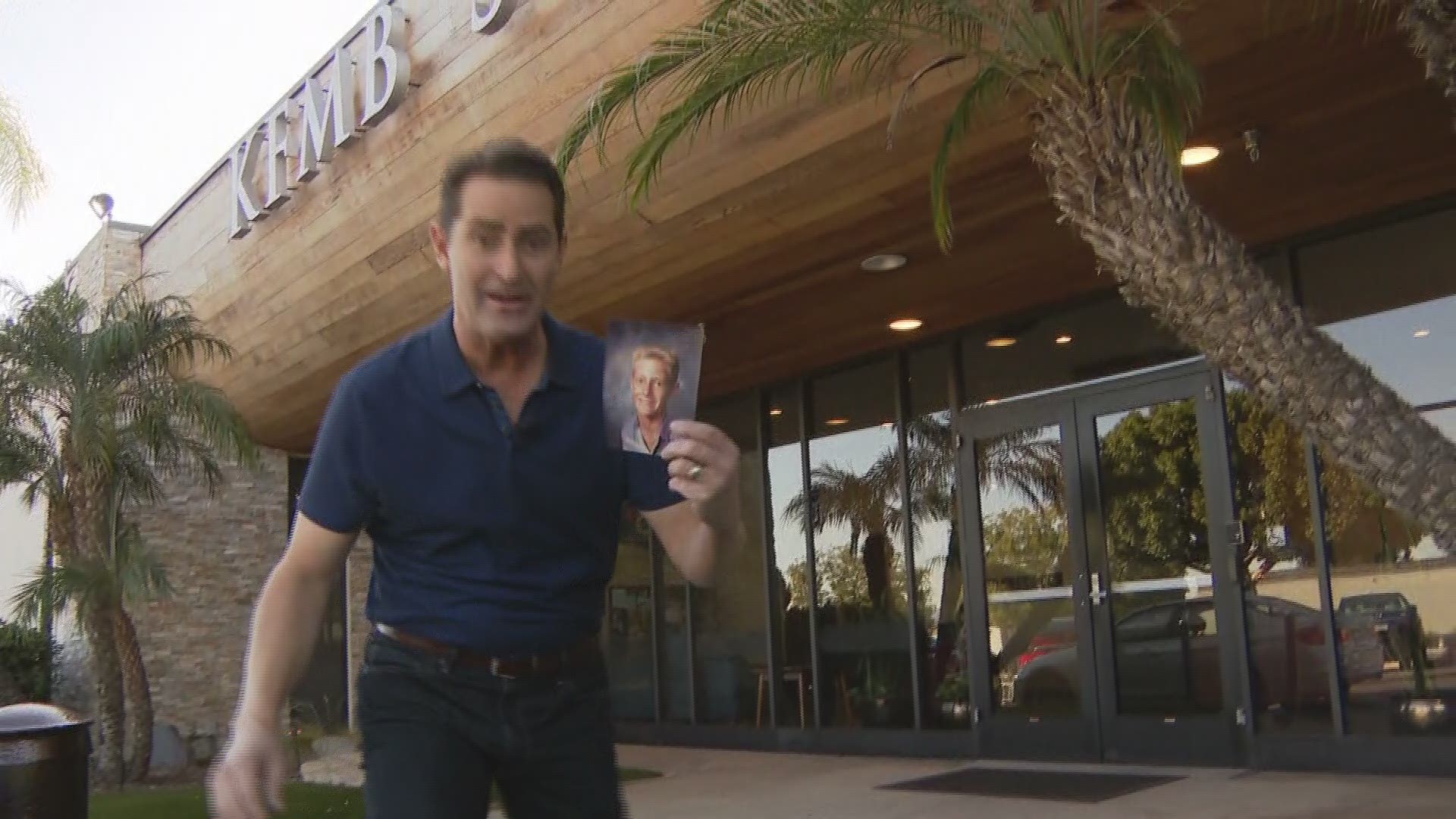 It's not often you get to meet a legend in broadcasting. I was so excited for this story, I waited on the curb in front of KFMB Stations to meet Shotgun Tom Kelly. I even held a picture of a young Jeff Zevely at age 14 to show Shotgun Tom what I looked like when I declared him my favorite radio disc jockey.

The native San Diegan and Hall of Fame broadcaster just laughed and told me he loves the Zevely Zone too. I was shocked he even knew my name. We walked in the door at KFMB Stations and I said, "Memory lane huh?" With his trademark big voice Shotgun Tom replied, "Oh yeah, I used to work here man." I said, "You can show me the way, right?" Tom said.

"Oh yeah I know the way. Right down here, this is radio," Tom said laughing. He's worked for at least 14 radio stations in his five decade career. I asked him to give me a taste of his morning show antics back in the 1980's when he worked in our building. He immediately shouted out, "B-100 Shotgun Tom Kelly in the morning, as we get your pants on and your peepers open. Keeping you out of trouble in your automobile bubble."

Sitting at the same microphone these days is 100.7 San Diego's Robin Roth who feels a lot like I do. "Hey Robin how are you baby?" said Tom. Robin told me, "I've been a fan for years and actually when I first met him I was star struck."

Speaking of stars, Shotgun Tom has his own star on the Hollywood Walk of Fame and guess who spoke on his behalf during the induction ceremony? Stevie Wonder.

At the end of this article if you click on Shotgun Tom's website you won't believe how many celebrities he has rubbed elbows with. Shotgun's met just about every celebrity imaginable including President Reagan.

A San Diego native, Irwin, who's real name is Thomas Irwin, created his own mock station at age 10 in his bedroom using two record players and a microphone. While still attending Mt. Miguel High School in Spring Valley, he served as an intern at KDEO-AM in 1965, and later launched his first on-air gig on Sunday mornings on KPRI 106.5-FM in 1966. He graduated from high school in 1968, and worked in San Diego, Merced, Oxnard and Bakersfield before joining KGB 1360-AM, known at the time as "Boss Radio."

He worked at several San Diego radio stations, including KPRI, KGB, KFMB, KCBQ and KBZT (K-BEST 95) before spending 22 years in Los Angeles as afternoon host at top-rated KRTH-FM (K-Earth 101). Irwin thought he had retired in 2015, but Lou Simon, senior music director at SiriusXM, kept asking him to return to the airwaves, which he did starting in August 2018.

After San Diego, he took over the time slot of the Real Don Steel. "I was scared to death my first on the air up in Los Angeles at K-Earth 101." Hard to believe the broadcaster with the booming voice could get nervous but that is part of his charm. "My name is Tom Irwin just to give you a little clue it's not Shotgun Tom Kelly."

Behind the radio persona almost in whisper, Shotgun shared his secret to success, "I am a kid at heart I'll always stay that way. My heart is in my hometown San Diego." Then for good measure he shouted this out, "KFM-BFM in the Zevely Zone! That's a good Zone to be in!"

He adopted the forest ranger hat because he liked Smokey the Bear and camping as a child. Shotgun Tom is currently the host of "60s on 6," heard on SiriusXM. If you'd like to learn more about his Hall of Fame career go to his website at www.shotguntomkelly.com.