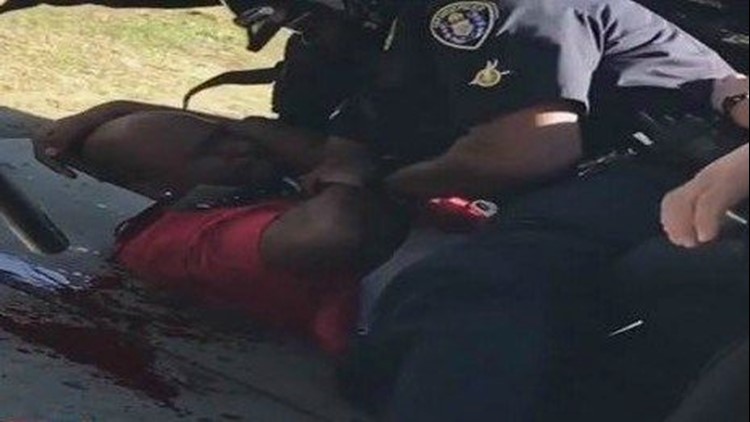 A San Diego Police officer is home and recovering Tuesday after he was punched in the face during a skirmish at the “Patriot Picnic” at Chicano Park on Saturday.
Author: Chris Gros (Reporter), Kelly Hessedal (Reporter)
Published: 5:12 PM PST February 6, 2018
Updated: 12:55 PM PST February 7, 2018

SAN DIEGO (NEWS 8) – The man accused of attacking a San Diego Police officer plead not guilty in court on Wednesday.

The officer has been home and recovering after he was punched in the face during a skirmish at the “Patriot Picnic” at Chicano Park on Saturday.

San Diego police have not identified which side – protester or counter-protester – Jefferson was part of on Saturday.

The injured officer suffered several facial fractures but is expected to make a full recovery.

Information about the officer’s history with San Diego was not immediately available. He is expected to return to duty once he is fully recovered.