A 53-year-old man who was seriously injured when he crashed a motorized scooter into a tree in downtown San Diego has died, police reported Monday. 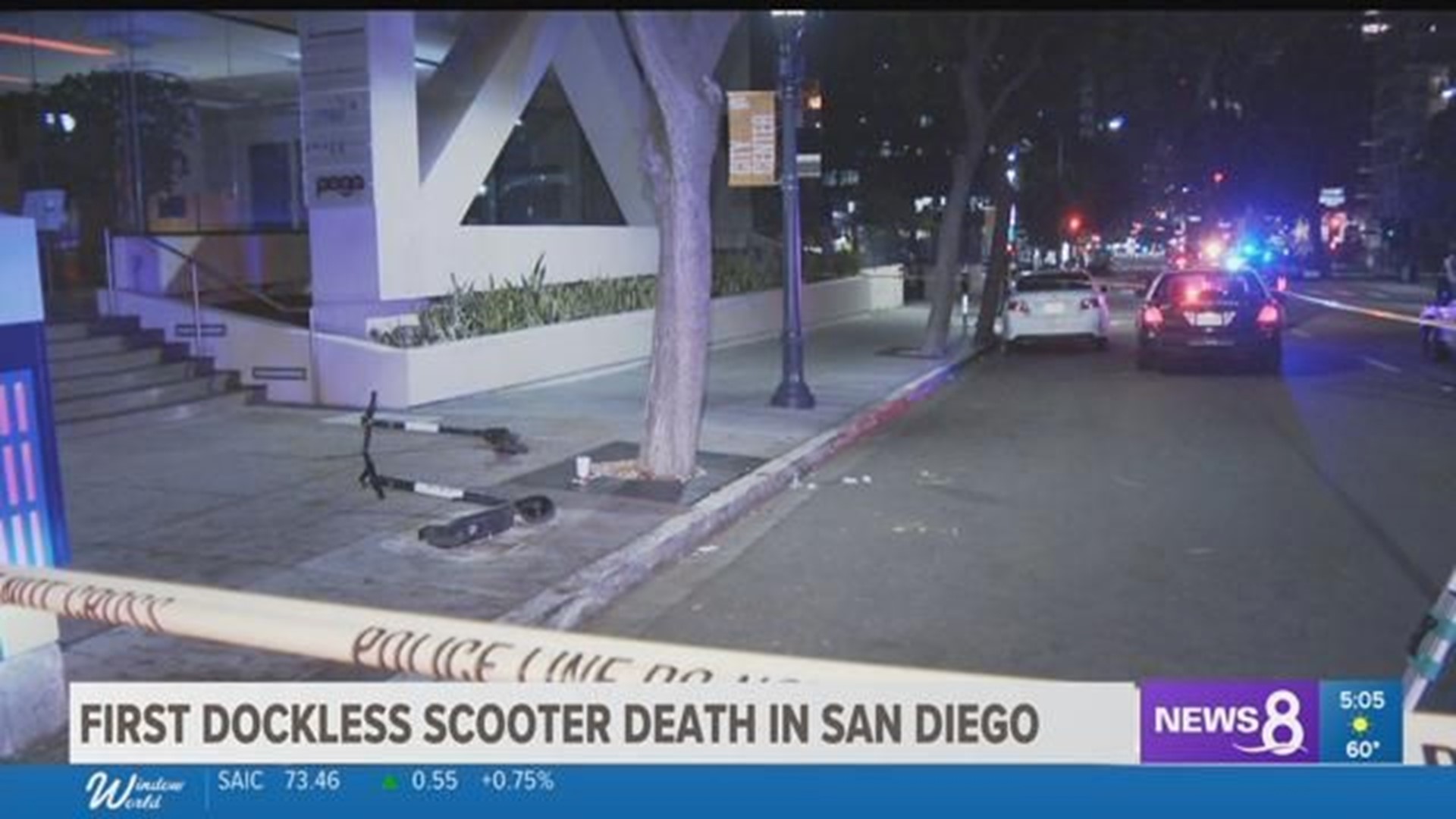 SAN DIEGO (NEWS 8/CNS) - Authorities Monday publicly identified a 53-year-old Georgia man who was fatally injured when he crashed a motorized scooter into a tree in downtown San Diego.

Christopher Conti of Woodstock, Georgia, was riding northbound on the west sidewalk of 10th Avenue around 10 p.m. Wednesday when he made a left turn at B Street, lost control of the scooter and crashed into a tree, San Diego Police Sgt. Victoria Houseman said.

According to the Medical Examiner's office, bystanders called 911 and initiated CPS while awaiting paramedics.

Conti, who was not wearing a helmet at the time of the crash, suffered serious head injuries and was taken to a hospital, where he was pronounced dead on Friday, Houseman said.

"This is the first known fatality in the city of San Diego involving a scooter," Houseman said.

According to family members, Conti was in San Diego on business. He was the owner of Innovative Fitness Solutions and there was a fitness conference taking place in San Diego during the time of his visit.

The office says it has now developed a permit program with regulations that focus on six key areas: "regulating speed in certain areas, fees, rider education, staging and parking, indemnification and liability insurance and data sharing."

The mayor's office is reportedly working with the city council president’s office to identify a city council date in April.

“The regulations Mayor Faulconer will be bringing to the City Council next month are common sense rules that will help this growing industry more safely and responsibly integrate into our changing transportation landscape," said Greg Block with the mayor's office. "We all agree there need to be clear rules of the road and the companies need to be held accountable for how they do business in our City.”

Bird Scooters issued the following statement on the incident:

We are deeply saddened for those impacted by this tragic accident and our hearts go out to the individual's friends and family.