Ten kids from the Boys and Girls Club in Clariemont on Tuesday rode home on brand new bikes all thanks to a man who recently had his bike stolen. 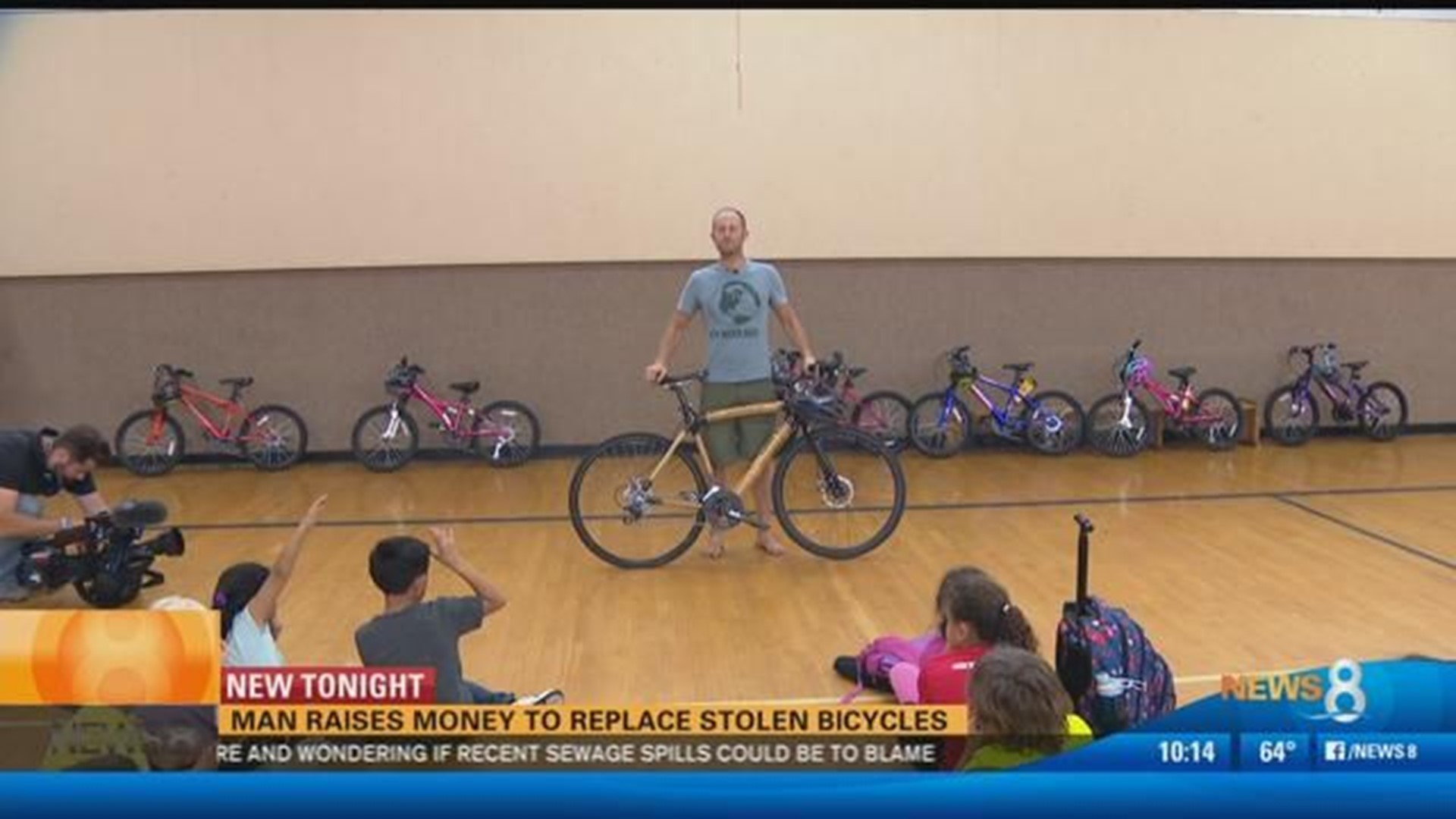 SAN DIEGO (NEWS 8) – Ten kids from the Boys and Girls Club in Clariemont on Tuesday rode home on brand new bikes all thanks to a man who recently had his bike stolen.

When Rob Greenfield had his Bamboo bicycle stolen last week, he turned to GoFundMe.

“Bad deeds do not drive out bad deeds. Only good deeds can do that. So my bad day became their good day,” said Greenfield.

He raised more than the $3,000 goal to purchase ten bicycles for kids at the Boys and Girls Club.

The ten kids also received a helmet and lock.

“It’s awesome because when I ride, I can ride it fast,” said seven-year-old Dalia.

Those who received a bike either did not have one or had theirs stolen.

“For them to see someone coming in and making such a good choice after a bad situation for himself and being able to this for other people, I think it’s inspiring for the kids,” said Michelle Malin, Boys and Girls Club Vice President.

Dalia had not ridden a bike since hers was taken four years ago. Since it’s been a while for many, Greenfield gave them safety lessons around the gym.

Greenfield eventually found the suspected bike thief but did not turn him into police, instead he shared his good deed.

“I know that he is going through a hard time and I hope that the compassion that I have given to him helps him get out of the hard time,” he said.

Greenfield encouraged the kids to do a good deed this week, like sharing their lunch.

He said he only spent about half of the money raised so he plans to buy and donate more bikes.

To learn more about Greenfield's efforts, visit his GoFundMe page.