A former Miramar-based Marine, who drove drunk and caused a head-on freeway crash that killed two UCSD medical students and seriously injured three of their classmates, was sentenced 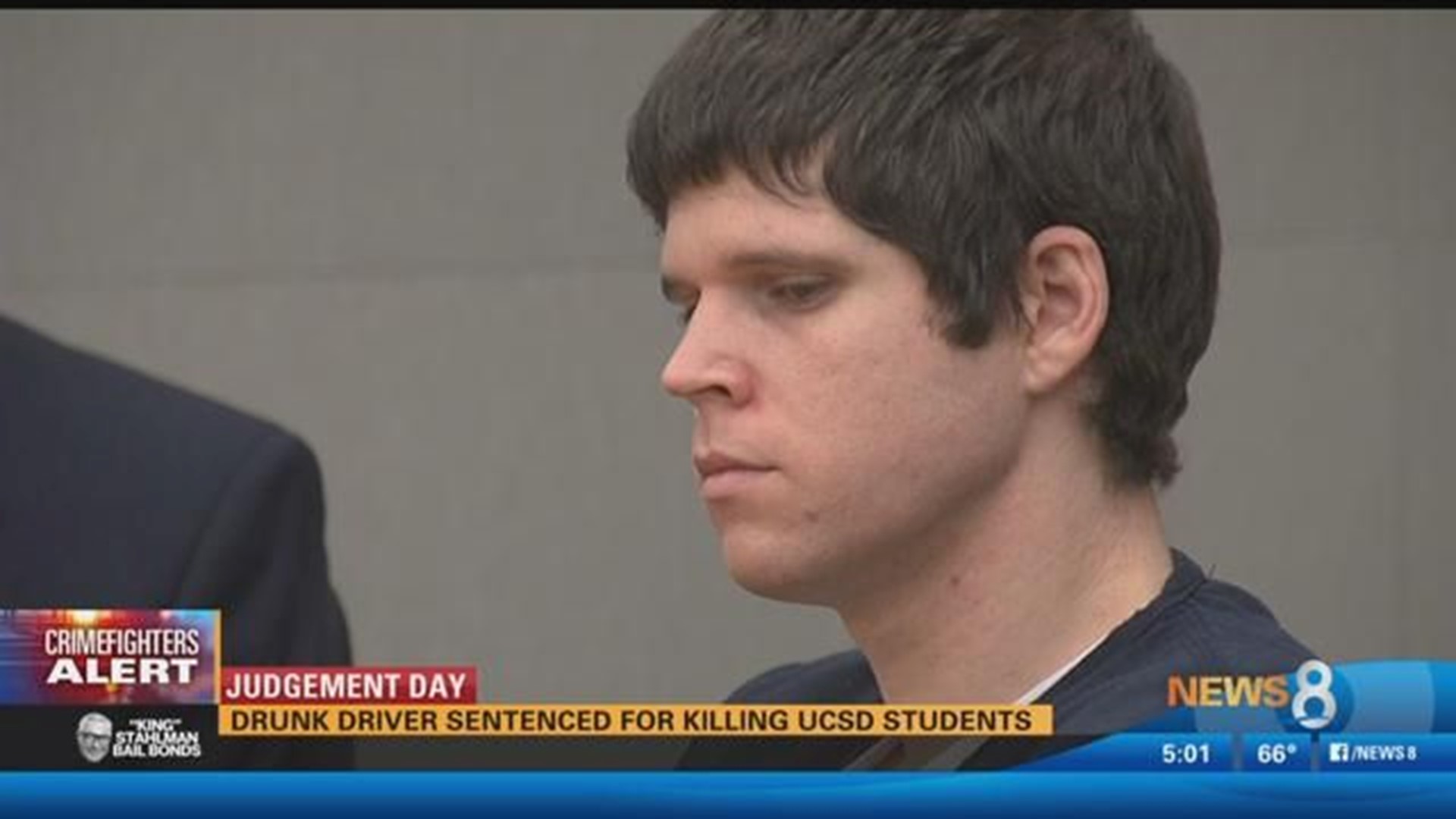 Jason Riley King, 24, was convicted in January of gross vehicular manslaughter while intoxicated and DUI in the May 16, 2015, deaths of 23-year- old Madison Cornwell and 24-year-old Anne Li Baldock. Jurors acquitted the defendant of murder.

"Two young women who we should be calling `doctor' are gone," said Superior Court Judge Joan Weber, noting the victims were destined to become a pediatrician and a neurosurgeon. "You could not have a more tragic case."

Maki Iizuka said her son suffered a brain injury in the accident that affects his memory.

"There are many things he lost," she said, including Baldock, who he had planned to marry after they got done with their medical training.

Iizuka told King, "Use your life to pay back what you have done."

Defense attorney Rich Hutton said King was willing to plead guilty early in the proceedings, but prosecutors were adamant that it was a murder case.

"We feel terrible that the families were put through this trial," Hutton said.

King apologized to the victims' families, saying he couldn't put into words how sorry he is for "taking them from you."

"There will never be a day that I don't hate myself," the defendant said in court.

Deputy District Attorney Cally Bright said King was warned not to drink and drive but chose to do so anyway, acting with a conscious disregard for human life.

After getting kicked out of a country western bar, King told a female Marine friend who asked for his keys, "I got myself here, I'll get myself home," Bright told the jury.

Eight days before the fatal crash, a police officer at an on-base "stand-down" told King and hundreds of other Marines that if they drank and drove and hurt or killed someone they could go to jail, the prosecutor said.

Asked by CHP officers why he drank and got behind the wheel, King "remembered people telling him not to drive" and said he did it "because I was ignorant," Bright told the jury.

Bright said the victims had just left a party in Hillcrest celebrating the completion of their second year in medical school, when Cornwell's Prius was hit head-on by King's raised Ford F350 truck about 1:30 a.m. on northbound state Route 163 near Interstate 8.

An expert testified that King's blood-alcohol content was between .15 and .20 percent -- well above the legal limit of .08 -- at the time.