Marines confiscating bikes of trespassers on base 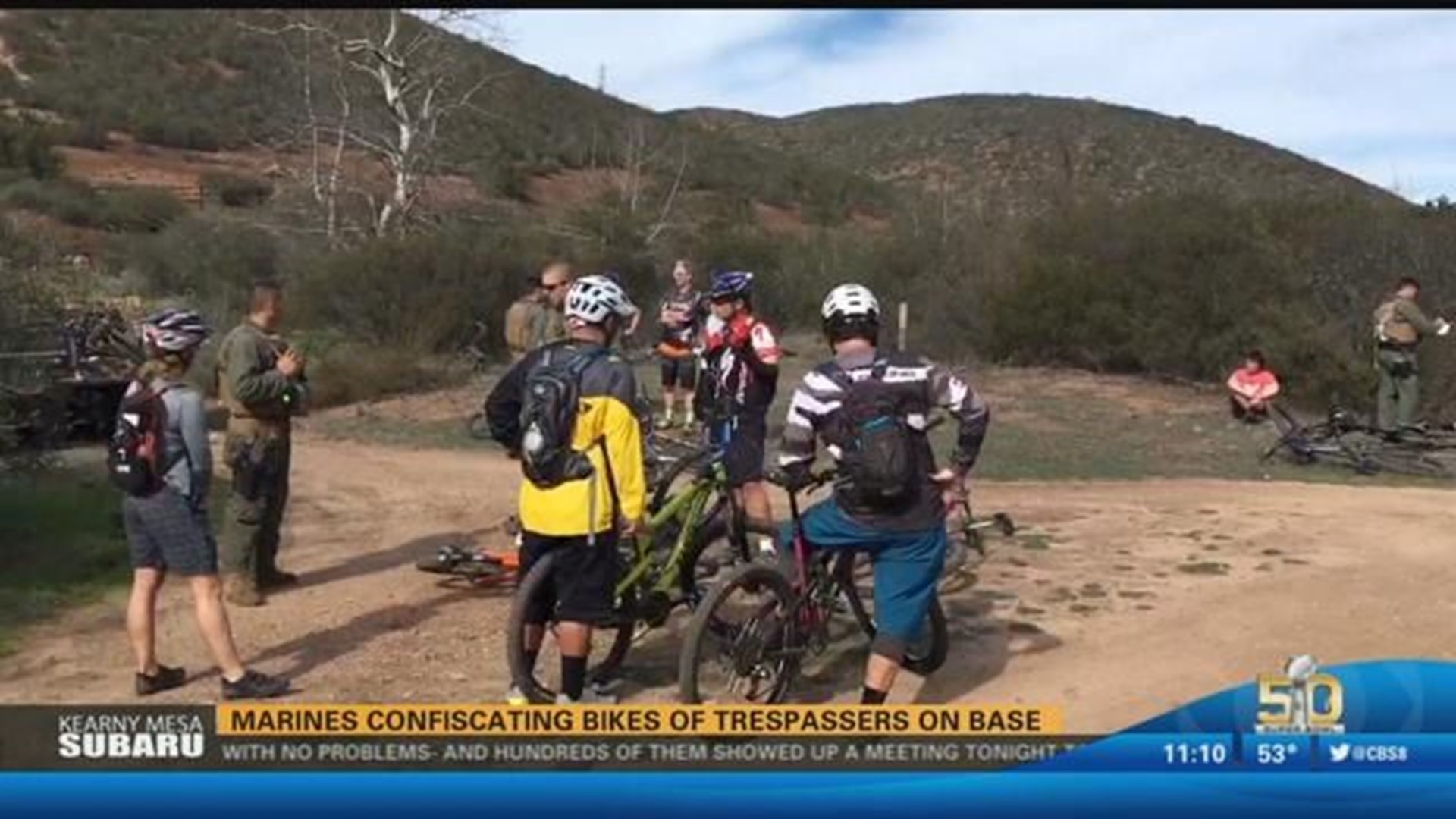 Most of the trails north of State Route 52 are owned by the U.S Marine Corps Air Station Miramar, yet mountain bikers have been riding the trails for years. Now, military police armed on ATVs have begun confiscating bikes near Mission Trails.

Cyclists said it has never been a problem, but the military said with a shooting range nearby too many cyclists were crowding the trails making it dangerous.

"I've seen some signs but not a lot. Where there are signs, I don't go there," said Arturo Hauter, who had his bike impounded by the military police.

The San Diego Mountain Biking Association said they are going out with the military to check boundary signs, but the Marines said when a sign goes up, it's vandalized or used as target practice.

Riders argue the military needs to build a fence; however, the Marines said it would cost too much and riders need to just stay out.

"It's very frustrating for us mountain bikers, but it's the world we live in," said Nicholas Disabatino. He was given a verbal warning.

RELATED STORY: Marines confiscating bikes of trespassers on base

During an advocacy meeting on Monday night, military, county, and city officials drew a crowd of about 300 to get answers on why the Marines have confiscated more than 52 bikes since January.

"We use it as pistol ranges, rifle ranges. We use it to explode ordinances, so there is a lot going on out there that is inherently dangerous," said 1st Lt. Matthew Gregory, Public Affairs Officer, MCAS Miramar.

The San Diego Mountain Biking Association said if there were more legal trails than rides would not have to trespass.

"All of this is what we have needed as a community if we have new trails and new places to legally ride. We are not going to go anyplace that you shouldn't," said the San Diego Mountain Biking Association President, Kevin Loomis.

Bikers who had their bikes impounded said they have learned their lesson and will not be going North of SR-52, but they just want their bikes back.

The SDMBA said they are expecting 15 to 20 miles of new Mission Trails and country trails.

Bikers who had their bikes impounded are still waiting for a federal hearing before they can pay up the $500 fine and resolve the issue, but it could take them months before they get their mountain bikes back.