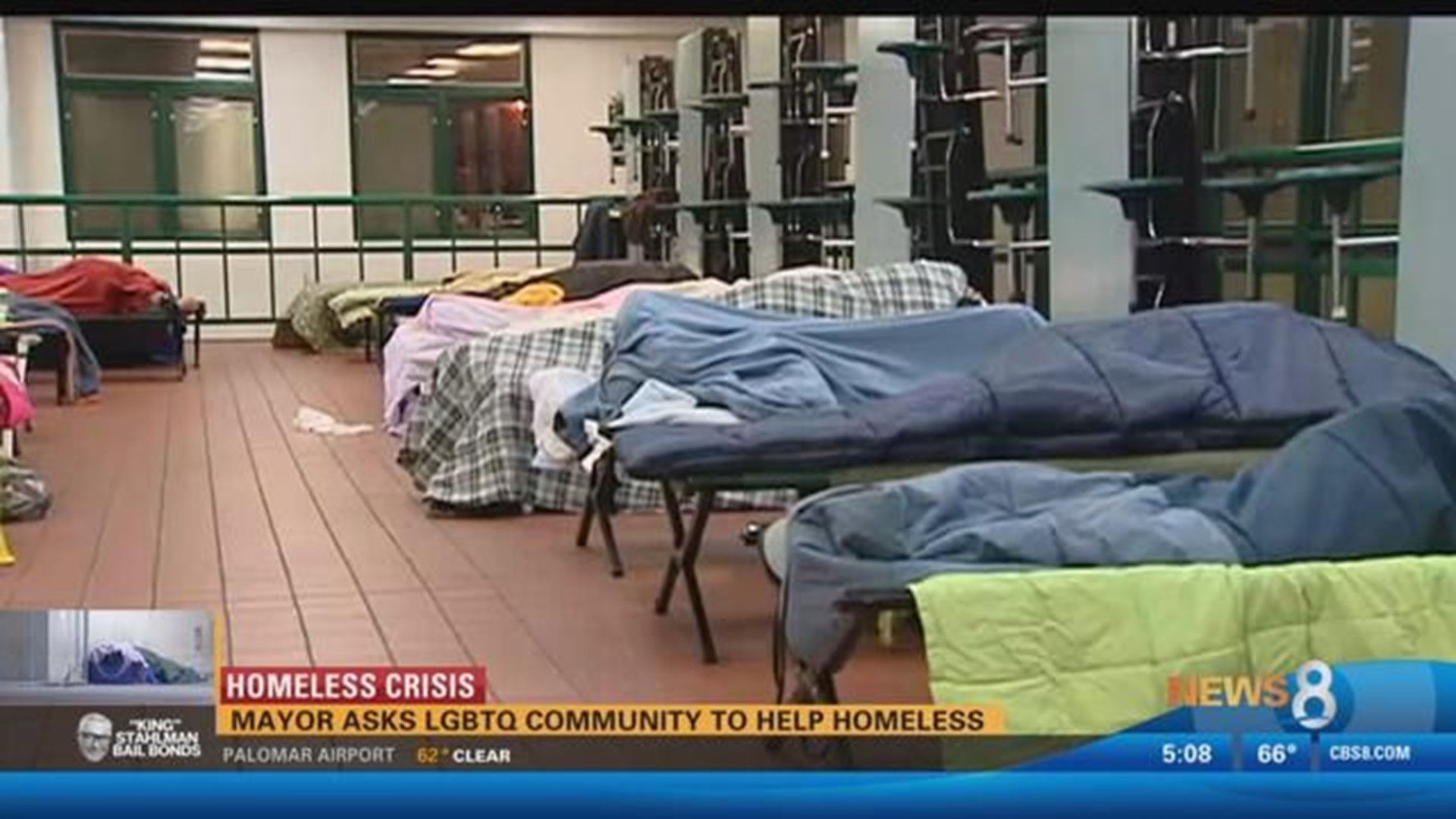 SAN DIEGO (NEWS 8) - San Diego Mayor Kevin Faulconer on Monday met with San Diego Pride and the Interfaith Shelter Network to urge religious leaders in the LGBTQ community to open their houses of worship to shelter the homeless.

Faulconer asked LGBTQ-friendly congregations to join the Interfaith Shelter Network, which uses churches, synagogues, mosques, temples and other houses of worship to shelter homeless individuals as they transition to permanent housing.

Fernando Lopez said he knows what it’s like to be homeless. When he was younger, his parents kicked him out for being – a reality several youth still experience.

“Forty-percent of homeless youth are LGBT. Their parents are throwing them out and this is one step in many steps that needed to be taken to support our LGBT homeless population,” he said.

Lopez was referring to San Diego Mayor Kevin Faulconer’s plan to reduce homelessness city wide. Specifically, Mayor Faulconer is asking for more faith-based congregations to join the Interfaith Shelter Network – group of churches and other religious facilities to allow homeless people, including LGBTQ community, to stay there two weeks at a time.

“We all have one united effort and so I am showing my strong support for the Interfaith Network, the vital work that it provides. It’s helping people get off the street and that is what we need more off,” said Faulconer.

Battling San Diego’s homeless crisis has been one the mayor’s top priorities. Over the past few months, more tent shelters have opened up, but he mayor said it is a multi-pronged approach.

“So many times folks have asked is it this program or that program? It’s really all of the above and our faith based community and this network – it’s all about connecting, supporting and housing,” said the mayor.

Currently, there are nearly 70 congregations county-wide that take in homeless.

Trisha Brereton is the network’s executive director. “Saint Pauls is a host congregation. For two weeks at a time, they have 12 individuals. They come in around 5 p.m., leave around 7 a.m., and are provided with three meals for the day.”

They also have case managers to help guide them. The hope is that the more who take part, the less people will be living on the streets.

“If we can show that our Republican mayor and our institutions of faith are ready to stand behind and support our LGBTQ community, then it shows that it is possible for anyone to do that,” said Lopez.

Several congregations took part in Monday’s forum. Mayor Faulconer said between all the programs, the homeless issue is getting better.