A house painter who ambushed and shot a TV sportscaster who had hired him to work on his Scripps Ranch house is scheduled to be sentenced Wednesday at the downtown courthouse. 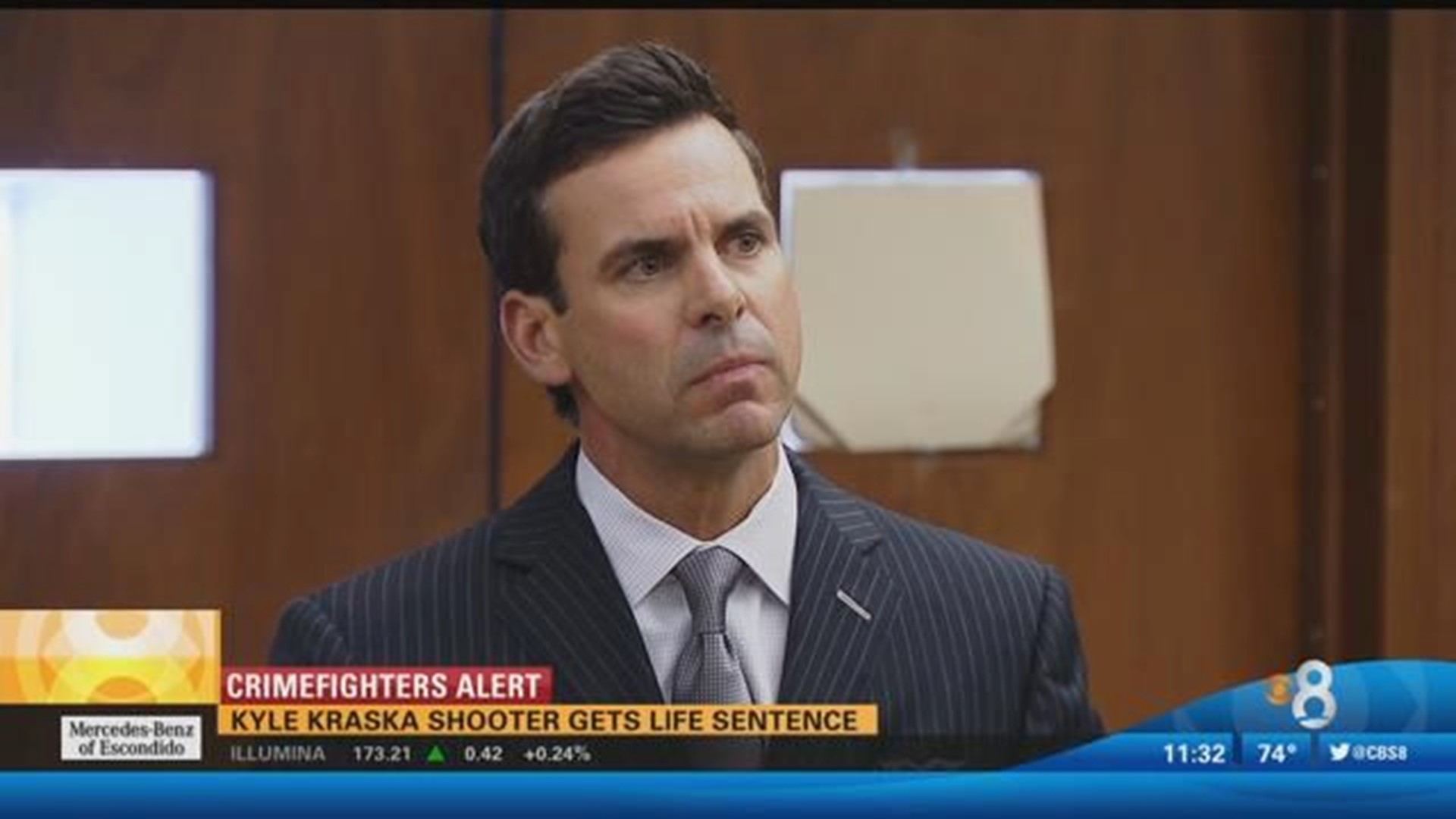 SAN DIEGO (CBS 8) - A house painter who ambushed and shot CBS News 8 Sports Director Kyle Kraska who had hired him to work on his Scripps Ranch house was sentenced Wednesday to life in prison, plus 25 years with the possibility of parole.

Before the sentencing, Kraska stood before the judge and said everyday he sees the scars left behind from the attack and thinks of all the people who were hurt.

"I looked down and I could see the blood pouring out of my body and dripping down my car. I think about crawling on my hands and knees into the street. It's a miracle that I'm alive," Kraska said.

Some of those close to Kyle also had their say in court. Sports Producer, Todd Villalobos, a close friend of Kyle's for several years, discussed the day Kyle was shot by Mike Montana as he read from family letters.

"The one thing that was going through my mind was whether or not my very best friend was going to live or not," Villalobos said.

Kraska asked Judge Michael Smyth to show Montana the same kind of mercy that he showed Kraska when he shot the victim at least five times and left him to die.

"Your bullets may have hit their mark, but they did not kill my spirit,'' Kraska told Montana, adding that the defendant's "vicious, brutal and cowardly act only made me stronger.''

He reminded the judge that when Montana was told that Kraska might not survive the shooting, he told sheriff's deputies, "Good. He deserved it.''

Kraska hired Montana in October 2014 to paint the exterior of his home for $3,000. The victim said Montana walked off the job when Kraska refused to give him more money than the original $800 down payment. Kraska said he had agreed to pay Montana the remaining $2,200 when the job was complete.

Deputy District Attorney Rebecca Zipp told the jury that Montana "mechanically tried to kill Kyle Kraska'' as Kraska got in his car to leave for work at about 3:00 p.m on Feb. 10, 2015.

About a week before the shooting, Montana left a note under Kraska's doormat that read, "It's in your best interest to pay me the money that you owe me.''

The day of the attack, Montana waited for Kraska to get in his Mercedes-Benz, then walked up to the car and shot out tires, fired into the engine, and shot Kraska, the prosecutor said.

Defense attorney Richard Jayakumar told the jury that Montana didn't form the specific intent to kill and was intoxicated that day from a barrage of prescription medications that he began taking after two back surgeries dating back to 2011.