A team of researchers at MIT have created a 70 pound cheetah robot that can run and jump on its own power. Developers hope the mechanics behind the battery-powered animal will help in the creation ... 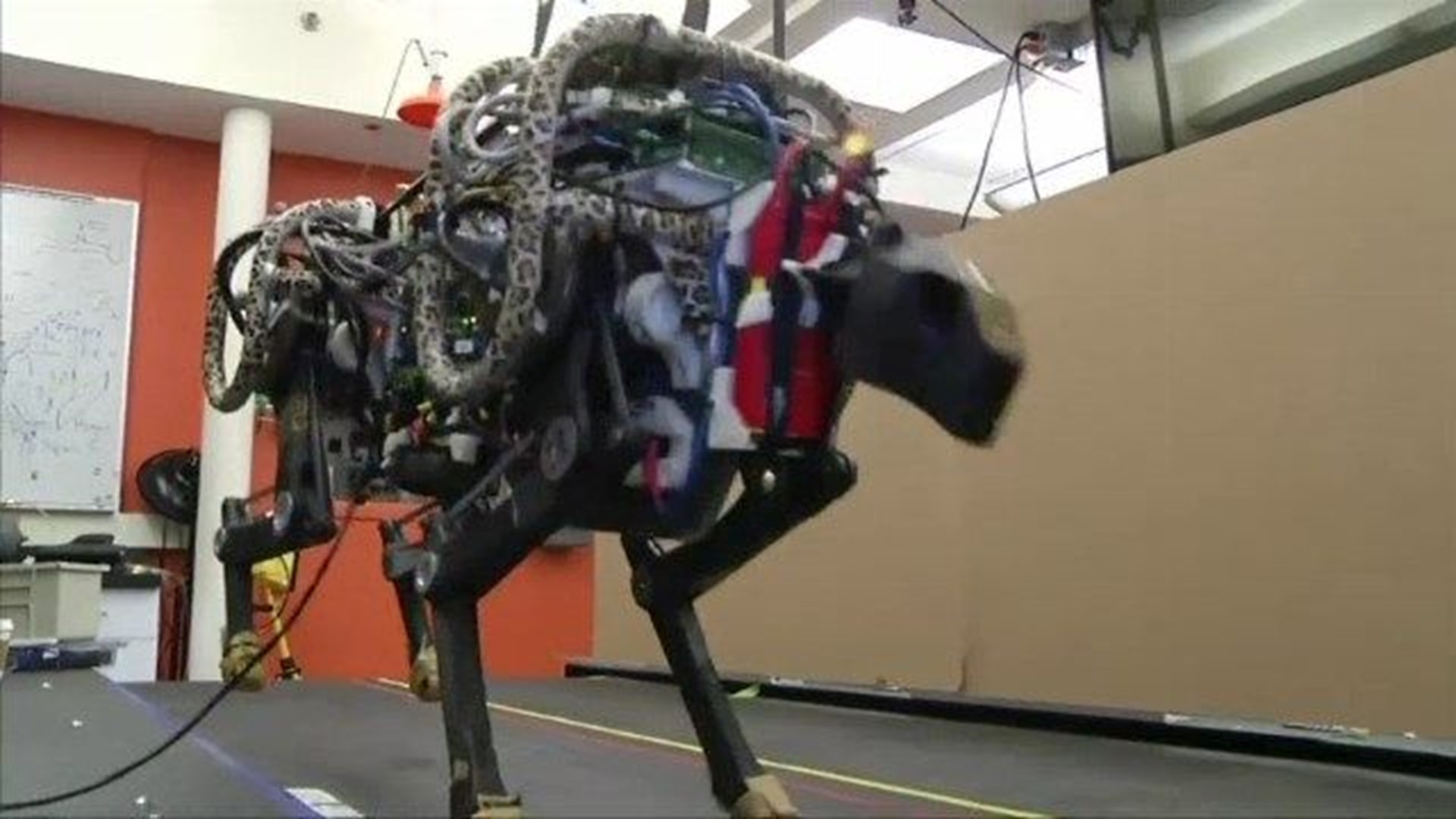 CAMBRIDGE, Mass (AP) - A team of researchers at MIT have created a 70 pound cheetah robot that can run and jump on its own power. Developers hope the mechanics behind the battery-powered animal will help in the creation of new prosthetics and other technologies.

The cheetah - the fastest land animal on earth, both feared and admired – has now been re-created into a four-legged robot that can run on its own power up to 10 mph.

"This robot can actually jump, uh, about, like, uh, 40 centimeters high and it can land very safely and then it can run, sprint, because of the special, uh, motor technology we developed." explained cheetah robot developer, Sangbae Kim.

A mechanical creature made of powerful lightweight motors, military-grade sensors, and other electronic - controlled by video-game technology.

Researchers at MIT created algorithms for controlling each leg while the cheetah is running.

"So, uh, there are sensors inside of the robot which measures the angle of the leg and then that information goes to the board here and this board send that information to the main computer again,” said control engineer, Hae-Won Park.

The cheetah robot is the first of its kind, a project funded by the U.S. military's research arm.

The current model weighs 70 pounds, about as much as an average female cheetah.

The legs made with 3D printers, and reinforced with Kevlar strips and a carbon fiber coat.

"The frame has to be very light and then very stiff, so, uh, we designed this frame, uh, to handle these high forces and high shock," continued Kim.

Developers say the robot can have real-world applications.

"So, we think this kind of technology can be used in the prosthetics and then wearable technology in the future," Kim added.

But the design is still being refined. A recent test run ended prematurely after the robot stumbled and broke its front left leg.

A few weeks later, developers returned with a new leg and an updated controller and wireless communications. This time, the robot made it across the MIT campus before an errant jump broke another leg.

Despite the setback, this is a leap forward in the field of robot movements inspired by living creatures.