And the tricky devil used a remote-operated research submarine as cover for its attack. 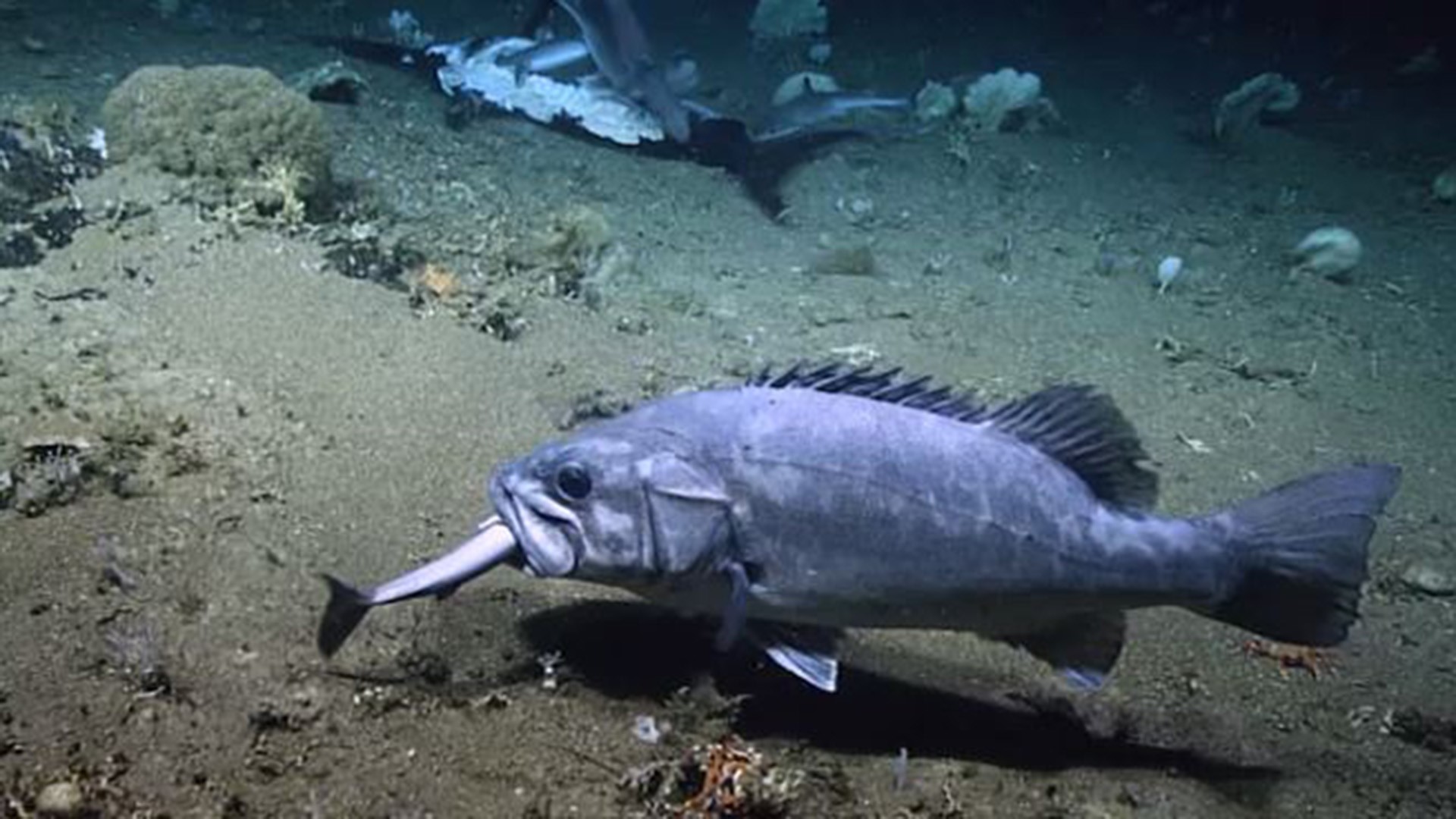 Sharks are often seen as the toughest kids on the block when you think about sea creatures. But even the biggest bully can be taken down and oceanographers got a first-hand look as a wreckfish devoured one and it was caught on video.

The dramatic scene happened June 28 about 80 miles of the coast of South Carolina.

A remotely operated deep sea vehicle from the NOAA ship Okeanos Explorer was getting video of a group of 11 sharks eating what was left of a swordfish on the sea floor. Researchers believe the fish had died of age, disease or some other injury -- there was no sign it was a victim of fishing, but those signs might have been wiped out by the carnage left by the sharks.

But more dramatic than that was the moment one of the sharks -- a small dogfish -- was ambushed and swallowed by a wreckfish. NOAA said the wreckfish used the remote submarine for cover before attacking its prey. Once it emerged, all you could see was the tail of the shark, still moving back and forth, sticking out of the wreckfish's mouth.

"Oh my, God!" one of the researchers exclaims as she watches the event. "That has a whole shark in its mouth!"

A wreckfish is typically 40 to 60 pounds and 2 1/2 to 4 feet long, but can reach a maximum of 220 pounds and 6 1/2 feet, according to NOAA. It can live more than 70 years. They tend to lurk in caves and under overhangs. And they don't have much to worry about from other sea life, because NOAA says wreckfish have no known predators.

"More evidence of how these systems work," a researcher said.

Credit: NOAA
A wreckfish is caught on video eating a dogfish, a type of shark, in a deep water region about 80 miles off the coast of South Carolina, June 28, 2019.