The reality TV star and former Olympian joins the field of candidates seeking to replace California Gov. Gavin Newsom in a likely recall election this year. 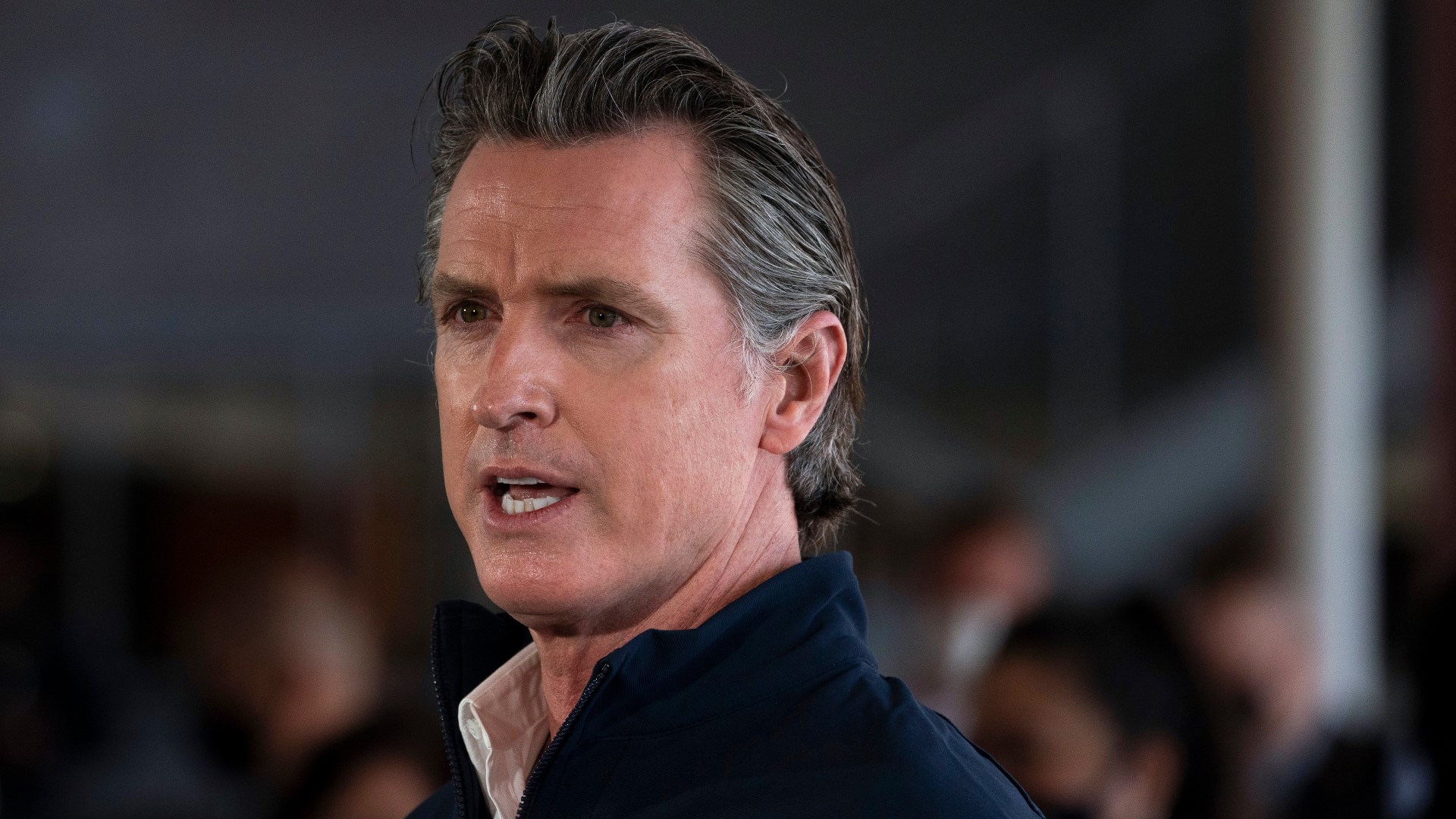 LOS ANGELES — Republican Caitlyn Jenner said Friday she will run for governor of California, injecting a jolt of celebrity into an emerging campaign that threatens to oust Democratic Gov. Gavin Newsom from office.

Jenner — an Olympic hero, reality TV personality and transgender rights activist — said in statement posted on Twitter and on an accompanying website that she has filed initial paperwork to run for the post.

Newsom, a first-term Democrat, is facing a likely recall election this year, though officials are still reviewing petition signatures required to qualify the recall for the ballot. Several other Republicans have also announced plans to run.

In a statement, Jenner called herself “a proven winner” and the only candidate “who can put an end to Gavin Newsom's disastrous time as governor.”

“I'm in,” she wrote on her website. “For the past decade, we have seen the glimmer of the Golden State reduced by one-party rule that places politics over progress and special interests over people. Sacramento needs an honest leader with a clear vision.”

The 71-year-old celebrity activist immediately stands out in a growing field that so far has failed to attract a nationally known contender. However, Jenner is untested as a candidate and little is known about her positions on critical issues facing the state, from the coronavirus pandemic to managing the economy.

I’m in! California is worth fighting for. Visit https://t.co/a1SfOAMZQ3 to follow or donate today. #RecallNewsom pic.twitter.com/9yCck3KK4D

With her fame and ability to attract publicity, she threatens to overshadow other GOP contenders,

It was notable that her announcement did not include a video, which is commonplace in political campaign kickoffs. Instead, in her written statement, she referred only vaguely to cutting taxes, a “roadmap back to prosperity” and taking on special interests.

Her campaign did not respond to a request for an on-camera interview.

She described herself as “economically conservative, socially progressive” in a People magazine interview last year. In her statement, she said she was a “compassionate disrupter.”

Her run would come nearly two decades after the ascendancy of Arnold Schwarzenegger, another Republican who used his Hollywood fame as a springboard to California's highest office in a 2003 recall election.

If the recall qualifies for the ballot, as expected, voters would be asked two questions: first, whether Newsom should be removed from office. The second would be a list of replacement candidates to choose from, if more than 50% of voters support removing Newsom from office.

The effort largely has been fueled by criticism of Newsom’s handling of the pandemic, which shuttered schools and closed thousands of businesses.

Other Republicans who have announced their intention to run include former San Diego Mayor Kevin Faulconer, former U.S. Rep. Doug Ose and businessman John Cox, who lost to Newsom in the 2018 governor’s race.

If the recall qualifies, Newsom would be forced to fend off rivals in the midst of a pandemic that has cost the state millions of jobs, cored government budgets and upended life for nearly 40 million residents.

He’s also been hit by the fallout from a multibillion-dollar fraud scandal at the state unemployment agency while weathering a public shaming for dining out with friends and lobbyists at an exclusive San Francisco Bay Area restaurant last fall, while telling residents to stay home for safety.

However, recent polling has suggested Newsom would hold his seat, and the sour public mood could shift as more schools and businesses reopen. California also is likely to be the recipient of billions of dollars of federal recovery funds, which Newsom will dispense and could use to his political advantage.

Jenner made headlines in recent years with her ties to former President Donald Trump, who remains broadly unpopular in California outside his GOP base. Trump lost the heavily Democratic state to Joe Biden in November by over 5 million votes.

Jenner supported Trump in 2016 but later criticized his administration’s reversal of a directive on transgender access to public school bathrooms. She also criticized Trump after he said transgender people would not be allowed to serve in the U.S. military.

In a statement, Newsom campaign spokesman Dan Newman said, “We always knew the ... recall would be a ludicrous circus full of Trump supporters.”