Raptors players were telling their fans to knock it off after the Warriors forward went to the floor with a possible torn Achilles Monday. 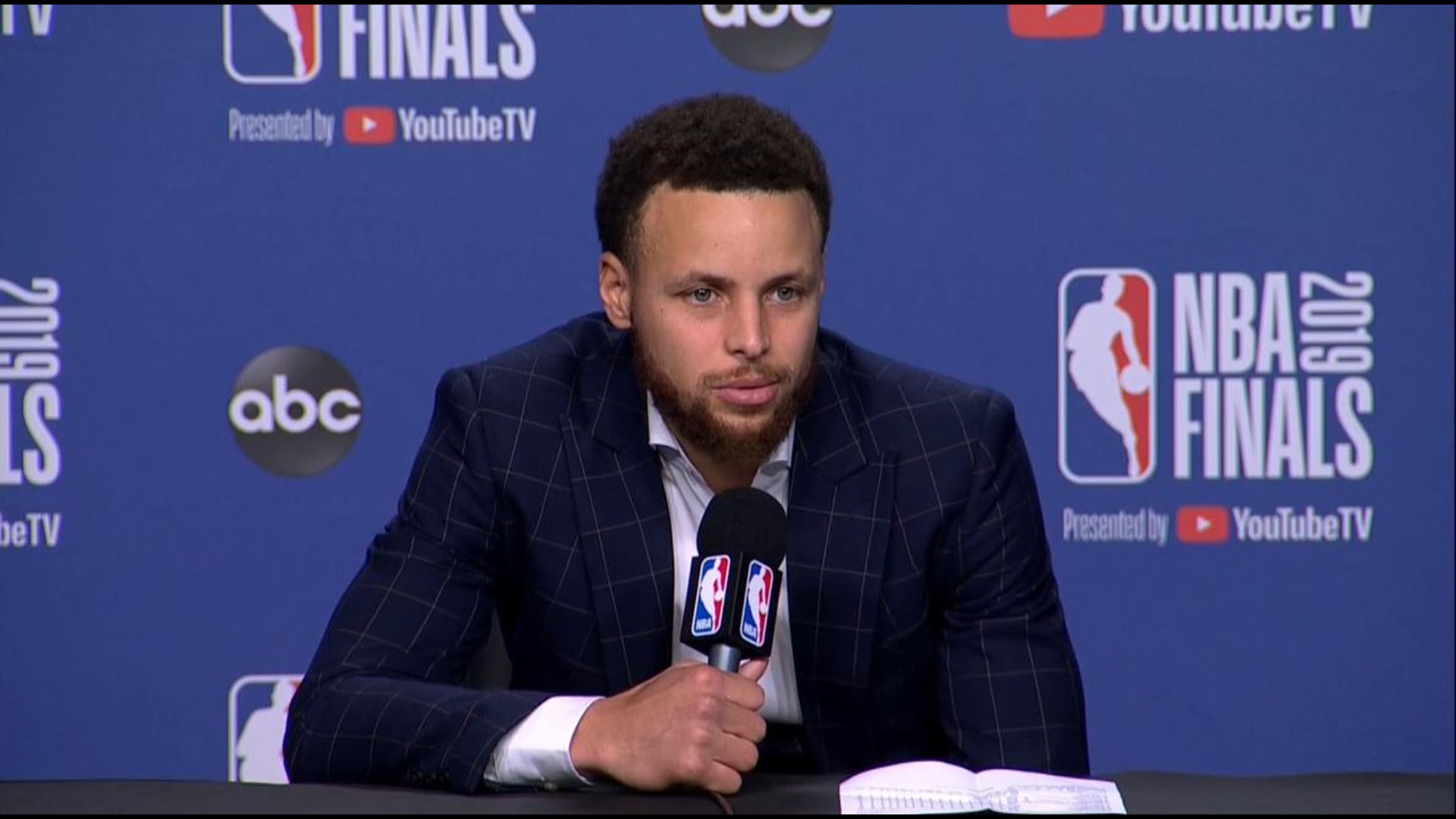 Golden State Warriors forward Kevin Durant was likely lost for the rest of the NBA Finals Monday night with an Achilles injury. And when he went to the floor in Toronto, Raptors fans in the arena cheered.

That drew admonishment from players on the court -- even from the Raptors -- and from people across social media.

The Warriors were down 3-1 in the series. Facing elimination, Durant --who had not played in over a month -- took the floor. Early in the second quarter, he went down. He was helped off the floor and left the arena on crutches. Warriors sources tell ESPN it's feared Durant tore his Achilles, which would keep him out of action for months.

After Durant went down, many fans in the arena started cheering. The cheers were not appreciated by players for either team. Raptors players started waving off the fans, instructing them to not express happiness for what just happened.

As Durant was going back to the locker room, the cheers over his injuries switched to applause out of respect and chants of "KD! KD!"

Despite losing one of the best players in the game, the Warriors prevailed 106-105 to force Game 6 back in Oakland on Thursday.

Warriors guard Steph Curry was more measured in his postgame reaction, and gave Raptors fans some benefit of the doubt.

"It's not my experience with the people of this city," Curry reportedly said. "You understand this is about an individual, a human being and not, 'Oh, shoot he's out, he's hurt, we won the championship.' That was probably their initial thought and you hate to see that when a guy's going through pain like that."