Names of the Marines and sailor involved will be made public when and if charges are brought against them. 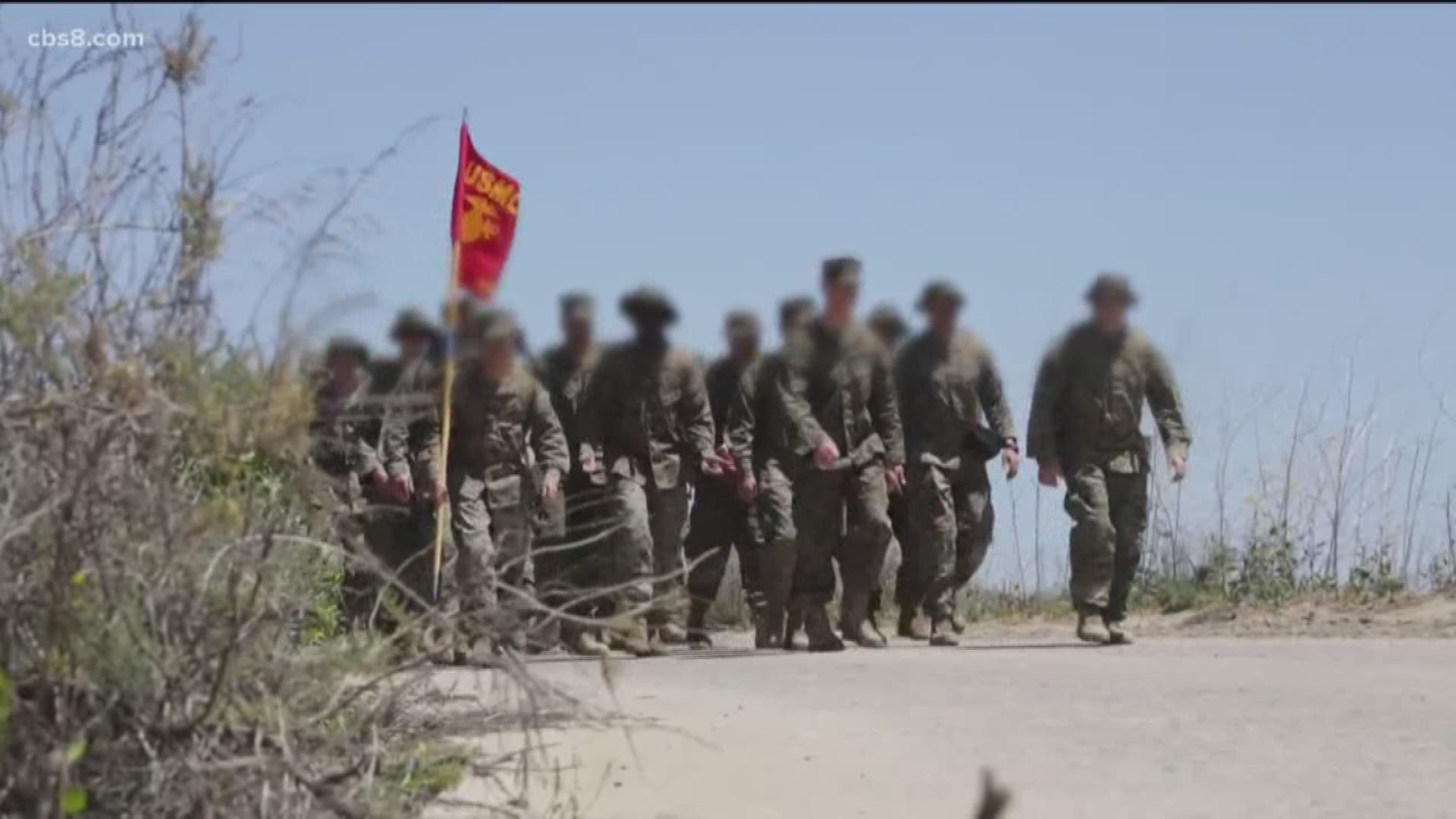 SAN DIEGO — Editor's Note: NCIS released new information Friday, July 26 that indicated 18 Marines and one sailor were arrested Thursday instead of 16 Marines, which was reported Thursday.

Eighteen US Marines and one sailor were arrested Thursday at Camp Pendleton for alleged involvement in various illegal activities ranging from human smuggling to drug-related offenses, according to new information released by NCIS Friday. No charges have been filed and will not be filed Friday.

"NCIS apprehended 18 Marines and one Sailor yesterday (Thursday) in relation to an ongoing investigation into allegations of human smuggling and drug-related offenses. The 1st Marine Division is cooperating with NCIS on this matter. NCIS is dedicated to investigating allegations of criminal activity that poses threats to Department of the Navy readiness and the safety of U.S. citizens."

The Marines are all a part of the 1st Battalion, 5th Marines. Eight other Marines were also detained for questioning on their alleged involvement in unrelated drug offenses.

Thursday's arrests were spurred by the arrests earlier this month of two other Camp Pendleton Marines - in the same battalion - on human smuggling charges.

The Marines, Lance Corporals Byron Law and David Salazar-Quintero, were accused of transporting undocumented immigrants along the U.S. Mexico border in exchange for money.

Law and Salazar-Quintero were arrested in East San Diego County, near Tecate. According to a federal complaint, three undocumented immigrants riding in the backseat told authorities they agreed to pay $8,000 to be smuggled into the U.S.

Authorities said the names of the 16 Marines arrested Thursday came up during their investigation of Law and Salazar-Quintero.

"They identified the identities of these 16 Marines potentially being associated with or connected with those particular allegations or charges for those first two Marines," an official told News 8.

NCIS and the Department of Justice are handling the case against the 16 Marines.

Thursday's arrests were made during battalion formation in the morning. Formation is called by commanders to address issues and give updates and awards. It typically involves 600-800 Marines.

A few minutes into formation NCIS agents arrived to make the arrests which senior leadership was aware would take place. The arrests were made in front of hundreds of other Marines during formation and were intended to send a clear message.

"None of the Marines arrested or detained for questioning served in support of the Southwest Border Support mission," according to the Marine Corps. "1st Marine Division is committed to justice and the rule of law, and we will continue to fully cooperate with NCIS on this matter. Any Marines found to be in connection with these alleged activities will be questioned and handled accordingly with respect to due process."

Charges have not yet been filed and it will be up to NCIS whether they will be filed in federal court or by military tribunal. That decision will depend on the type of charges the Marines face.

Following the arrests, officers held discussions with other Marines at formation to talk about what happened and to emphasize professionalism and accountability.

Names of the Marines involved will be made public when and if charges are brought against them.

Byron Law and David Slazar-Quintero are due back in federal court on August 5. 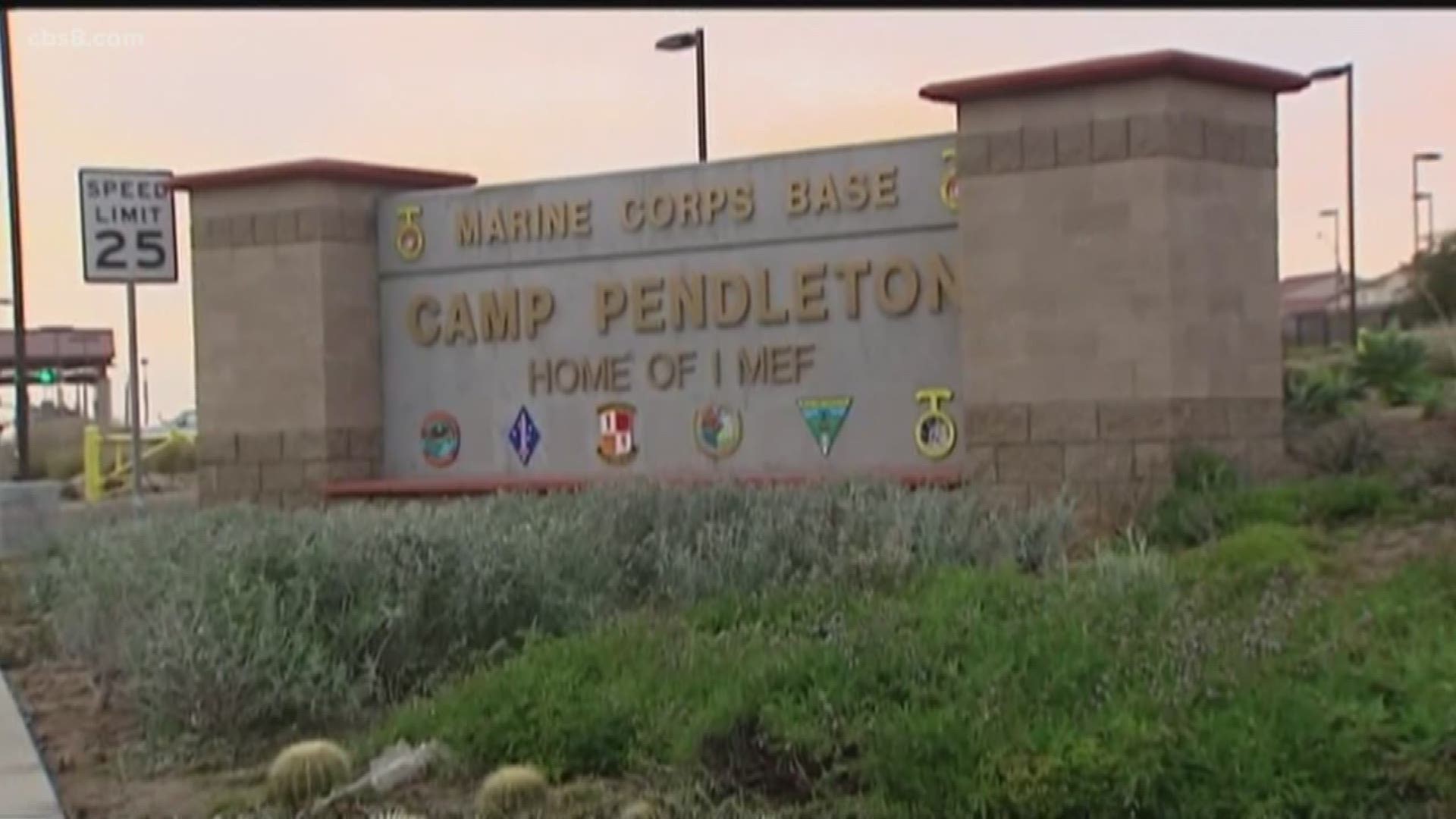