The Marine Corps said the Amphibious Assault Vehicle sunk off the coast of San Clemente Island.

CAMP PENDLETON NORTH, Calif. — As of Tuesday afternoon, military teams found and are now in the process of recovering an AAV that sunk off the coast of San Clemente Island on Thursday, July 30, Lieutenant Biran Tuthill of the Marine Expeditionary Force said.

Military officials previously ended their search and rescue operation late Saturday evening for the eight service members who went missing on Thursday during a training exercise off the coast of San Diego. The Marines said it may be the worst accident involving an amphibious assault vehicle since it entered service nearly 50 years ago.

The AAV sunk to a depth of approximately 385 feet after taking on water during a shore-to-ship maneuver approximately 1,500 meters off the coast of San Clemente Island.

All eight service members are presumed deceased as of Sunday, August 2. The 15th MEU and the ARG leadership determined that there was little probability of a successful rescue given the circumstances of the incident.

“It is with a heavy heart, that I decided to conclude the search and rescue effort,” said Col. Christopher Bronzi, 15th MEU Commanding Officer earlier this week. “The steadfast dedication of the Marines, sailors, and Coast Guardsmen to the persistent rescue effort was tremendous.”

@USNavy Undersea Rescue Command confirmed human remains were identified with remotely-operated video systems aboard HOS Dominator, an undersea search & rescue ship. The Navy has expedited the movement of assets to recover the remains of the Marines and Sailor, and raise the AAV. pic.twitter.com/qAK62CMitV

The Navy has expedited the movement of assets to recover the remains of the Marines and Sailor, as well as raise the AAV. The equipment to properly and safely perform the recovery from the sea floor will be in place at the end of this week.

In total, 15 Marines and one sailor had participated in the exercise. Eight people survived.

Tuthill said the incident is under investigation. 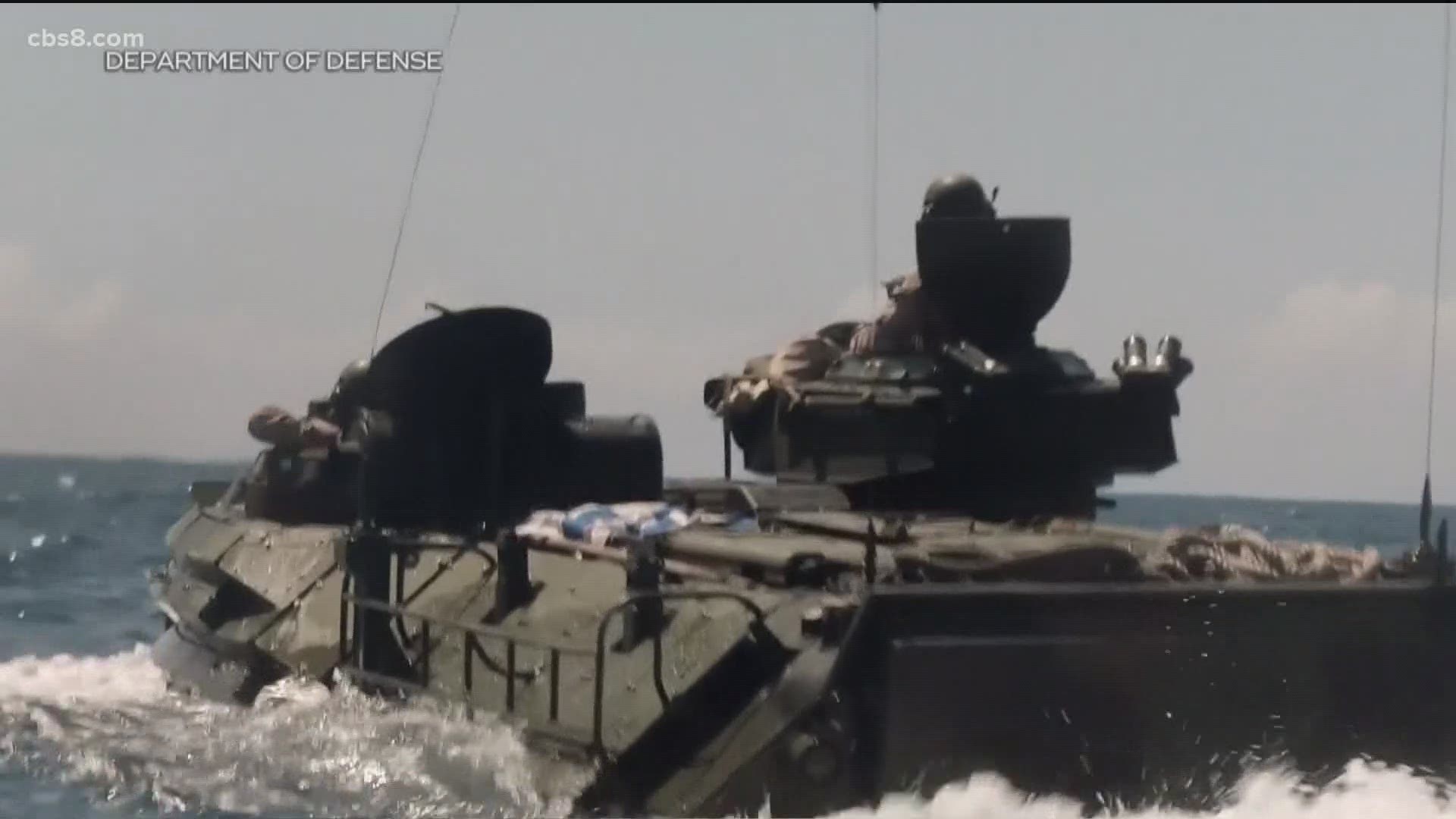