It was the end of an era Sunday in Ocean Beach. Several stores were preparing to close to make way for a Target Express, including the Antique Center - and many locals said they are not happy about... 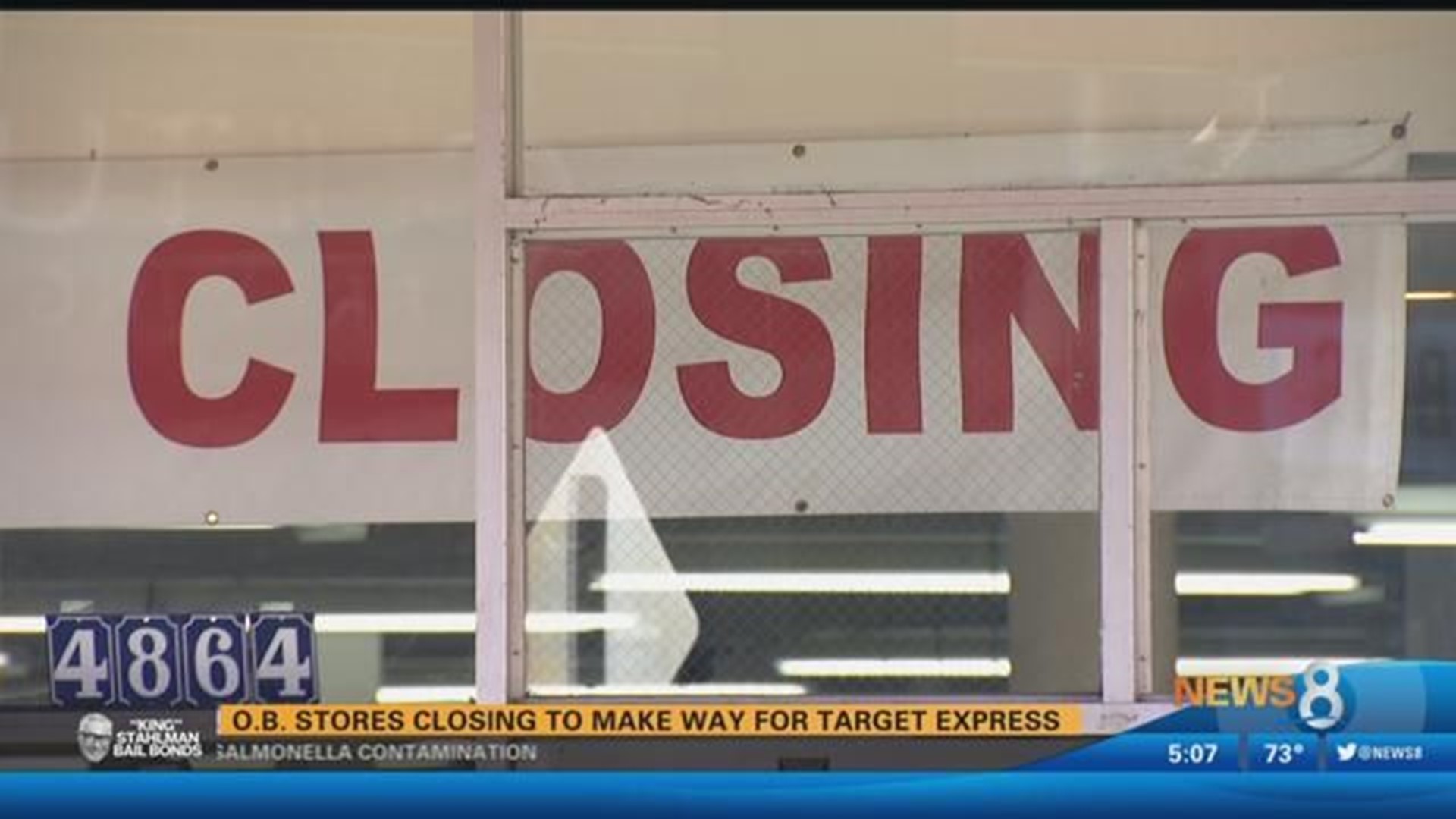 SAN DIEGO (NEWS 8) — It was the end of an era Sunday in Ocean Beach.

Several stores were preparing to close to make way for a Target Express, including the Antique Center - and many locals said they are not happy about it.

On Sunday, customers lined up at the Antique Center to buy their last-minute finds.

Glenn Millar and Alexandra Watkins moved to Ocean Beach less than a month ago and said they were reeled in, in part, by the local shops of Newport Avenue.

"We found out a Target is coming in here and we thought, 'There goes the neighborhood,'" said Watkins.

The land was up for sale at $6.5-million dollars, but there were no takers.

Instead, realtor Tony Franco said Target stepped in to sign a long-term lease for the property.

"This is such a cool, indie street, and we have no idea what the controversy was, but we bet it was pretty brutal," said Watkins.

Indeed, "OBbecians" hosted a series of rallies against the retailer.

"No OB Target" t-shirts still hang at the James Gang Company across the street.

Target plans to build a Target Express store similar to the one in South Park.

"The same thing happened in South Park, and they put in the Target," said Watkins. "People were mad at first and now they love it. Maybe that will happen."

Even if shoppers grow to love the new store, there are still fond memories of the Antique Center.

Herrle's son brought her to the center for one final day of shopping.

A lifelong antiqueer, she refuses to hunt for deals online.

"I have to see it in person," said Herrle. "I collect pottery and I have to be able to touch it and sometimes they're not marked, but I know what they are by touching it."

As the hours wore on Sunday shelves slowly cleared, and some wondered if it's a sign of things to come for other similar stores on Newport.

"My concern would be that it's not the one Target, it's the snowball effect," said Glenn Millar."Do you get a McDonalds on the corner? Do you get Starbucks across the street? There's so much of that a few miles from here. Do you really need it in an iconic street?"